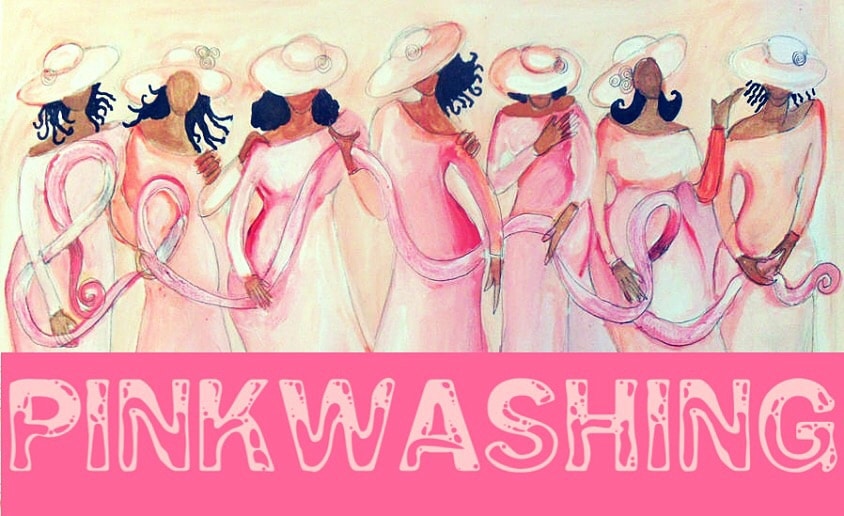 It’s October, which many associate with things like Halloween and the true beginning of fall. Unfortunately, for (too) many marketers, the colors this month will not be autumnal tones, but a gaudy pink. That’s right: it’s Breast Cancer Awareness Month once more, and brands, once more, are getting it all wrong.

On the surface, this is a worthy cause. Breast cancer impacts one in eight women. It’s estimated that there have been more than 246,000 new cases in 2016 alone. It’s a painful, traumatizing, and sometimes lethal diagnosis, and the search for a cure is so incredibly important.

But National Breast Cancer Awareness Month is an example of a drive for a cause that’s gone awry. Despite stated good intentions, the execution of the efforts is less than inspiring.

It [is] an important fundraising time for Susan G. Komen Foundation — which, despite what the name of its annual “Race for the Cure” implies, only spends 20 percent of its funds on research and 37 percent on “education.” All totaled, the organization spends more money on administration than it does on treatment. In recent years, Komen garnered plenty of criticism for its excessive executive pay and its penchant to put politics ahead of purpose on issues involving Planned Parenthood and stem cell research.

Meanwhile, Komen is notorious for transforming the pink ribbon into a monetizing machine that has enriched corporations while making plenty of women resentful that their very personal and often lonely pain is leveraged to garner companies’ positive press. Despite the annual outcry, companies continue to collect publicity, and revenues, on a bevy of cause marketing promotions that range from airline miles promotions to credit cards.

In other words, it’s often an initiative that does more to make contributors feel good and companies profit than it does for actual research and women suffering though the diagnosis.

And in some cases, the pinkwashing is just breathtakingly absurd. For instance, in 2014, drilling giant Baker Hughs made a $100,000 donation to the Susan G. Komen Foundation, and then turned around to distribute 1,000 pink drill bits used for fracking to “raise awareness.” The problem? Fracking involves dozens of chemicals known to cause cancer. 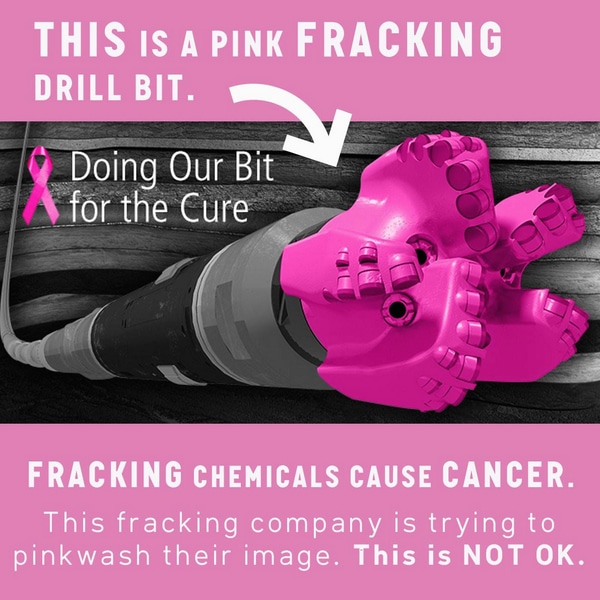 And no small number of women have balked at the premise on principle, arguing that these attempts both trivialize and sexualize a disease that is anything but sexy.

Why exactly does breast cancer, above other forms of cancer, find itself the centerpiece of the cancer research/marketing field? For lack of a better way to phrase this: breasts are sexy.

These are all examples of actual lines organizations have used to promote breast cancer awareness. The American Cancer Society takes the cake with its own tag line: “It’s Okay to Look at Our Chests!”

The sexualization of this all-too-real medical condition plays right into the classic marketing strategy of “sex sells.” Maybe so, but that doesn’t make it right; and it certainly doesn’t make it any less objectifying.

These slogans work to divide the woman, the human life at risk, from her breasts. When you say, “save second base,” you’re not only playing into the idea that the value of a woman lies solely in her looks, but you’re also suggesting that we should search for a cure for nothing else but to give men something to play with.

Breast cancer is serious, not sexy.

You don’t see this type of marketing approach for other types of cancer. You wouldn’t see a “save the nuts!” poster for testicular cancer awareness, would you? Why is it any more appropriate to say, “save the boobies?”

Molloy wrote this in 2013. She was not the first to point out the problem, and has not been the last. But despite the persistent outcry, the marketing machine continues, with major brands offering all sorts of pink-washed products. Even the NFL — an organization with a less than stellar record when it comes to issues that disproportionately impact women, like domestic violence and rape — drenches itself in pink during October.

It’s almost mind-boggling. You’ve got data suggesting these efforts are about profit more than progress. You’ve got those suffering and those who have survived begging us to cut it out. And yet, year after year, we get marketers who think going all pretty in pink is wise.

But as stated above, searching for a cure for breast cancer is still a very worthy cause, and it’s admirable that brands want to contribute. There are just better ways to do it than going pink. How?

By all means, let’s find a cure. But let’s do it the right way, shall we?