The world of SEO is an inherently volatile one. For a while it was about having all the keywords in all the places all the time. Then it was about links — any links at all, anywhere you could get ’em, in any context you could secure. Then it was about making sure those links were quality and the keywords weren’t stuffed. With every Google algorithm update, conventional wisdom on SEO has crumbled and risen anew from the ashes. And even when it takes on a new form, it’s still mostly guess work. 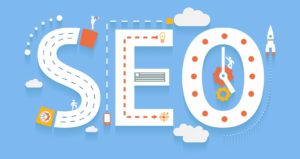 But does it have to be? Are companies chasing the wrong thing as they shell out cash for the latest and greatest SEO tacticians? Are they possibly missing the forest for the trees?

Take, for instance, the most recent suspected update. Though there’s some debate as to whether the shift was related to Penguin, Panda, or some other animal-associated algorithm change, significant swings in site performance in June left many thinking Google was moving the goal posts once more. As Search Engine Journal reports, sins that got sites punished included:

While user behavior data isn’t the top-ranked signal just yet, Google continues to integrate machine learning and artificial intelligence into its algorithm to interpret SERPs like a human would.

Moz’s Dan Petrovic wrote, “Google has designed and patented a system in charge of collecting and processing user behavior data.” Put simply, because Google is smart enough to know whether users like your website and content, it’s now accounting for this in search rankings.

That makes things a bit tougher, doesn’t it? SEO strategy has forever been focused on words, links, and combinations of links and words. But as Google starts folding in metrics like bounce rate, time on site, and pages per visit, it’s becoming clear that old SEO methods are going to have to evolve.

Maybe, just maybe, if you stop focusing on how to satisfy the most recent iteration of the Google algorithms and instead focus on trying to be the sort of result Google is attempting to elevate, you might come out ahead instead of barely keeping pace.”

What does that mean? Giving the user a good experience.

If you need help with that, we know some creatives here at crowdSPRING who might have some ideas for you.

Image Credit: The Next Web