The Most Underutilized Question in Web Design - crowdspring Blog
2% 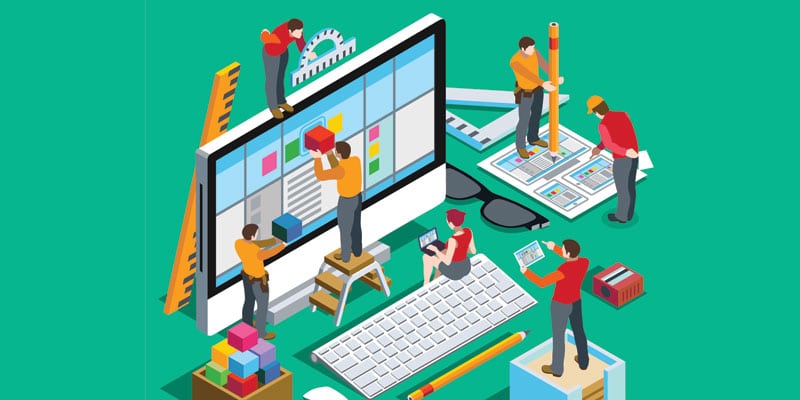 Web design has come a long way since the days of Angelfire chaos. We’ve learned a lot about what appeals to those surfing the web, and how they use their sites once they get there. Those lessons gave rise to a moniker that’s all too familiar these days: UX.

In truth, the user experience designer has always been around. It’s just that before we woke up to the fact that our design should revolve around the user, they were web designers. And even if the term wasn’t part of the vernacular yet, designers were taking into account the user experience even then. Perhaps they weren’t as successful as one might hope, but let’s be clear: UX is not a new idea.

The fact that the significance of UX has risen in the minds of those judging and making decisions about web design is certainly positive, but even so, the perspective remains limited. Yes, we’re moving beyond our personal preferences in favor of contemplating the broader demonstrated preferences of our audience. Yes, we’re making it a priority that folks can easily discern how to get to what they want. But there’s one question we should be asking when we consider UX, and rarely do.

Why do you want that button? That page? That step? That section? That call to action?

And the problem is that when we start asking those questions, the answers they elicit are usually pretty vague. We talk of tradition and best practices. We talk about what information or ideas we think are important to the user. In other words, we demonstrate that we have not completely moved beyond the subjective in our approach to web design.

But if our answer to these questions is not user focused, if the goal is not to provide value to the user, we’re missing the point of the website right out of the gates.

That’s not to say that best practices or certain types of information are not valuable. There are good reasons certain constants exist on most websites. And this doesn’t mean that you should ignore data on how users interact with your website. Quite the opposite, in fact. Data can be immensely useful when creating and modifying web design. The problem is that when this data is used to measure the efficacy of the how instead of the utility of the what, we’ve got a problem on our hands.

For example, let’s say you want to put a “Like Us on Facebook” button on your website. Makes sense, right? Most folks, when evaluating whether that button is working are going to evaluate the numbers and then try, try again. They’ll change the color. They’ll put it somewhere else. They’ll make it bigger or smaller. They’ll tweak the text.

But if the data consistently shows that next to no one is clicking that button no matter what changes are made, it becomes clear that you missed asking yourself why you need it there in the first place. Just because all the cool kids are doing something doesn’t mean it’s right for you.

This isn’t just about wanky dissection of UX, though. This over-reliance on best practices and associated data as a means of questioning how we go about something is also quite limiting in terms of creativity.

As Steve Jobs once said, “A lot of times, people don’t know what they want until you show it to them.” If all we’re doing is framing our UX design on what they seemed to have liked in the past, we lose the opportunity to create something even they didn’t know they would like.

That doesn’t mean bold UX design is going to pay off every time. The nice thing is that, just as you can when conforming to existing design standards, you can always change your more trailblazing designs in accordance with the data you acquire.

So yes, by all means, make UX a priority. Test your designs and pivot when necessary. But before you do any of that, don’t forget to ask yourself why you’re using that. If your calculus does a poor job of answering this question, it might be time to go back to the drawing board.