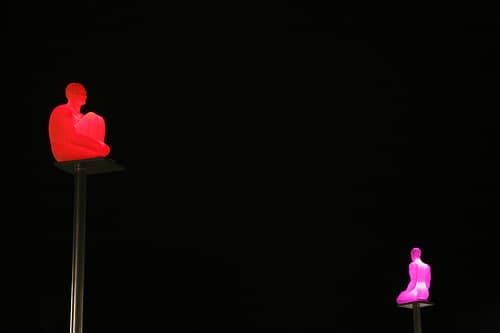 On any given day at the crowdSPRING HQ, we will have anywhere between 1 and 6 people working in the office simultaneously. Of late, 1 is the more common number and 6 is becoming a rarity. Why is that? Well a year or two ago we instituted a policy (I say “instituted,” but really it was more of an evolution) whereby people could come and go as they please. Now some of our folks work as independent contractors, and the law says that we can not require these folks to work in the office, though of course we welcome and encourage them to do so, at least on occasion.

This  started a few years back, when our engineering team asked if they could work remotely every Friday. We said sure, let’s try it out and see how it works. Our attitude at the time was, hey, as long as it doesn’t impact productivity, why not? It turns out that the team was able to maintain their productivity and may even have increased it on remote days  by eliminating commute times, freeing everyone from inevitable office distractions, and improving quality of life through workplace flexibility. Over the next couple of years, we expanded our “policy” and allowed other people to work from home on Fridays, too. And it slowly became more and more common on Mondays, Tuesdays, Wednesdays, and Thursdays; pretty soon folks would stay home because they were expecting a package or had laundry to do or a meeting out fo the office.

We encouraged the trend and enabled it. Last year, we began training our customer service people specifically to work remote – we figured as long as they had a good internet connection and a headset, they had all the tools necessary to do their job. And the tools were legion and were readily available: we could all easily access the admin side of the site and SAAS offerings helped us to work together; Basecamp allowed real-time collaboration, Zendesk allowed access to support tickets; Skype gave each of  us a virtual desk phone; IfByPhone routed customer calls to whichever Skype number we preferred, and Google Hangouts allowed us to meet for real-time video conferences whether for 2 people or for a full-on, all-hands team meeting. Pretty soon, morning emails started to include heads-ups that this person or that person would be working home that day, and these became ubiquitous. “See you online” became the tagline and a way of working that we have encouraged and enabled. For better or worse.

A few months ago, Marissa Meyer decreed that Yahoo employees would henceforth be required to work from the office, and the ‘flexible’ work policy that Yahoo’s workers had long enjoyed would be rescinded. When I read this news and the ensuing storm of opinion it prompted, I was among those who scoffed at Ms. Meyer’s folly. Why would she chose to take away such a wonderful privilege? How could she be so insensitive to the needs of working mothers? How could she impose the curse of the commute on thousands of people who were perfectly happy toiling away in pajamas, coffee in hand? I felt superior and condescendingly looked down my nose at such a lame determination.

Well… lately maybe not so much with mocking, at least on my part, of Ms. Meyer’s decision. I tend to work from our office 4-5 days per week, choosing to work from home most Fridays but still preferring to be “at work.” But it gets lonely. Often I find myself all by myself on many weekdays. Nobody to ask questions; nobody to joke around with; nobody to bounce an idea or ask a question; nobody to have lunch with and talk movies and music. It’s not that I can’t ask that question in Basecamp, or tell that joke in in an instant message. And even though our weekly product roadmap meetings accomplish the same thing with all of us attending via broadband, it is just not the same as the creative energy that happens when we’re (at least mostly) in a room together.

Was Ms. Meyers correct then? Is it better to err towards a central office with a central cast of workers in residence? I am on the fence, for certain. I can see clear advantages in the completely flexible policy that our company and many like it have developed, but I am also seeing the down side. A darker side, with each f us working alone in our own bubbles, never really connecting in a meaningful way, never being totally up to speed on what others are working on or what problems they might be confronting. I miss the intimacy of the team, the camaraderie of our lunch table, and the sound of varied voices. Have we paid too a steep price for personal flexibility? Made a poor tradeoff in the service of a lean business methodology?

I am curious to hear your thoughts… comments, advice, and feedback here would be greatly appreciated.