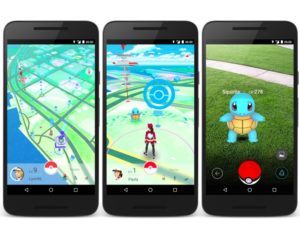 But regardless of whether or not you’re trying to catch ’em all, Pokémon Go should be spurring some major conversations in offices across the country, particularly in terms of marketing. Because those conversations might be difficult to engage in if you’re not sure what the hell is going on, we’re here to answer your questions.

Ok, so what exactly IS Pokémon GO?

Pokémon Go is a mobile gaming application based on the Nintendo Pokémon franchise of the 90’s. Using GPS and your phone’s camera, the app makes Pokémon appear around you, at which point throw Pokéballs at the pocket monsters to catch them. The goal of the game is to — you guessed it — “catch ’em all.” Players can also battle each other at different gyms to strengthen their Pokémon, win items they can use in their Pokémon hunting, and gain street cred.

But unlike the Pokémon games of the 90’s, you can’t compete in this version if you don’t actually get off your keister and move. Certain parts of the game literally cannot happen unless you have the app open while you walk around. 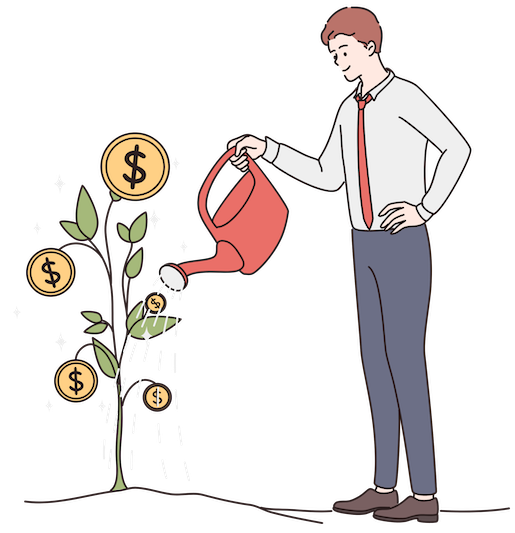 We just emailed the Brand Identity Guide to you.

How big is this thing?

Big. Like, really big. More daily active users than behemoths Tinder and Twitter big. Nintendo’s market value surging by $7.5 billion big. And they haven’t even dropped the full stable of Pokémon yet. As TechCrunch reports:

App analytics company SensorTower used its predictive model of the App Store and Google Play, which takes hundreds of thousands of data points from its partners to generate an estimate of the download numbers Pokémon Go is seeing: it’s been downloaded a total of around 7.5 million times in the U.S. From Google Play and the iOS App Store, according to their numbers.

In terms of earning power, the game is making around $1.6 million per day, according to SensorTower, and that revenue estimate is limited to iOS only.

To put that into context, Clash Royal (which is among the biggest recent hits in mobile gaming) is currently estimated to be making around $350,000 per day on iOS, according to SensorTower’s data. Obviously, there’s going to be some drop-off when it comes to daily spend as the hype wears out, but Pokémon has a number of benefits that could add to its stickiness, including a beloved IP and ample avenues to expand its content offerings in order to keep users coming back.

The physical manifestation of its use has been pretty wild to watch, too.

So yesterday me and @jiggsy we went for a walk in Sydney with a few friends… #PokeGOwalk (photo by @raejohnston) pic.twitter.com/kgnd0Bbhz8

This giant mob of people on the Santa Monica pier all celebrated catching a dragonair. #PokemonGO pic.twitter.com/CsAOS2ag3f

Alright, but what about those horror stories we’ve been hearing?

As one would expect with any such phenomenon, there’s certainly been some weirdness in the mix. Like the guy whose home was set as a gym. Or the kid who found a corpse instead of a water Pokémon. Or the folks who found themselves in a trap set by robbers instead of a Pokéstop. Law enforcement can see the potential problems coming from a mile away on this one.

That sounds… not good.

When 7.5 million people start playing a game all at once, there are going to be growing pains. But with participation that large, there’s also significant opportunity. Even without marketers actively in the mix yet, businesses are finding ways to benefit from the surge in foot traffic along community streets. Restaurants, in particular, are benefiting. As New York Eater reports:

Restaurants in New York are already cashing in on the Pokémon Go craze: At least one pizza bar and restaurant in New York says it saw a 75 percent jump in business from attracting players of the mobile game over the weekend, according to the Post. A manager at L’inizio Pizza Bar in Long Island City paid $10 to buy a “lure module” in the app, which attracted the virtual Pokémon to the bar for half an hour. The result: People trying catch more Pokémon flocked to the bar, buying drinks and sticking around in the interim, the pizzeria says. “The amount of people has been astonishing,” owner Tom Lattanzio tells the Post. “All day long, from afternoon to evening this past weekend.”

Besides creating lures to bring in big groups of Pokémasters, multiple bar crawls surrounded solely on playing Pokémon Go have emerged since the game launched last week. Polygon’s Jeff Ramos organized one in Greenpoint, starting from restaurant, bar, and Pokémon gym Spritzenhaus. (Gyms are places where players can battle each other, one of the finer aspects of the game.) It will continue to other “gyms” and spots, including Bar Matchless, Enid’s, and Peter Pan Doughnuts. Another group is doing a crawl starting at Barcade in Williamsburg, and cocktail membership app Froth is organizing one starting at Turntable 5060.

There are lots of ways for you to get THAT, fortunately. For example:

But remember — the game has only been out for a week as of today. As development continues and the user base grows, the possibilities are endless. Imagine:

And these are just a handful of thoughts from five minutes of thinking about it. To infinity and beyond, folks.

Yeah, but my customers aren’t playing Pokémon Go. Who cares?

Are you sure about that? Are you really sure? Because while formal demographic data on app usage is not yet available, there’s ample reason to believe the user base is far more diverse than you might think, particularly in terms of age.

And even if your customers aren’t playing Pokémon Go right now, your future customers might be. If you think outside the box a bit, this could end up being an opportunity to expand your customer base greatly — especially when it comes to those pesky Millennials everyone’s always trying to grab.

But let’s say you’re right, and none of your customers or anyone you want to be a customer is playing Pokémon Go. Fine. You still need to be paying attention and planning, because Pokémon Go is about to set off a firestorm of similar games and applications. As Variety reports:

The ability to superimpose Pokémons over real-world imagery is reminiscent of some of the early concepts for Google’s ill-fated Glass hardware, as well as Microsoft’s HoloLens technology. However, Niantic labs CEO John Hanke told Variety last year that it may take a long time before these kinds of technologies are actually ripe for consumers. “We didn’t want to wait for that,” he quipped.

Mobile phones on the other hand are here now, and Pokémon Go won’t be the last game to make use of them to combine narratives and gameplay with real-world exploration. Niantic has been talking to other entertainment companies about building additional games. And eventually, Niantic aims to give other companies tools to build their own games and experiences. “Our ultimate goal is to build a platform,” Hanke told Variety.

Some might argue that the same thing has been said about virtual reality, but augmented reality is different, and Pokémon Go may be the proof. If that’s the case, get ready for an exploding market. USA Today reports:

While those who’ve tried out early VR content have generally like it — even been wowed by it — none of the VR experiences have been so engaging that it’s broken out of the circles of core users. Some analysts, such as Deutsche Bank’s Ross Sandler, have suggested a “Gap of Disappointment” may be the theme of next year’s consumer tech conferences, as industry watchers ask, “Why are all these VR systems collecting dust?”

With the launch of Pokémon Go, that question may skirt the AR industry — a segment of the AR/VR market that’s forecast to become the dominant force in the alternate reality landscape. According to Digi-Capital, the VR/AR market will reach $120 billion by 2020, with $90 billion of that generated by augmented reality.

In other words, even if you think Pokémon Go isn’t right for your business’ marketing needs right now, augmented reality is still something you need to be watching closely and planning for if you want to capitalize on the burgeoning market.

Fine, fine, fine. So how do I prepare then?

Download Pokémon Go. You don’t need to become a Pokémaster, but you should definitely explore the app and get a feel for your options and what comes next. When you’re ready to get your Poké-promotions on, the crowdSPRING creatives will be ready to help you design some killer graphics.

Besides, who knows? Maybe you’ll find out that you, too, want to catch ’em all.