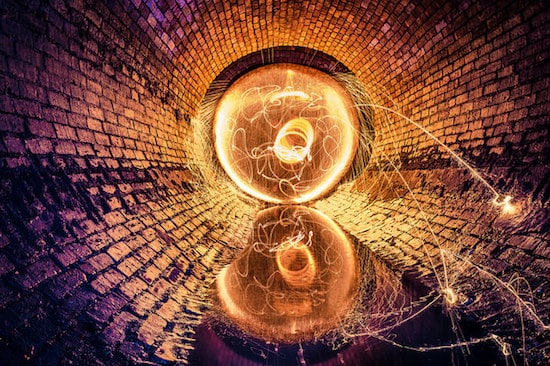 Aspiring entrepreneurs are often told to start a business by following their passion. Richard Branson of Virgin agrees that passion is the fundamental reason behind his company’s success:

When you believe in something the force of your convictions will spark other people’s interest and motivate them to help you achieve your goals. This is essential to success.

Richard Branson has been immensely successful and it’s natural for you to respect what he says about entrepreneurship. In theory, following your passion appears to be a great foundation for a successful business. The reality for most aspiring entrepreneurs is quite different.

Passion is exciting, contagious and interesting. We celebrate people who appear passionate – and we should. But passion can also be fleeting. Here are three reasons why passion might not be enough, in the long run, to help you launch and sustain a successful business:

1. Passion does not compensate for no expertise.

I could be very passionate about building passenger rockets. It could be my dream to launch a company that can send people to space – much like airlines do across the world. But not matter how much I am interested in passenger rockets, that doesn’t mean that I know the technical, financial, or logistical aspects. There are billions of people in the world and many are passionate about space. Who other than Elon Musk is converting their passion into an a for-profit company looking to solve the space travel problem?

Passion is a powerful feeling of extreme love or hate, and is classified as an emotion. Here’s the problem: whether we like it or not, emotions aren’t permanent. They appear just as quickly as they fade.

According to a series of four studies conducted in 2014 on finding a career based on passion, or developing passion in a career chosen by skills, researchers found that “both facilitate success”. However, the same researchers noticed that there were differences in the motivational and productive patterns of the workers. The most interesting finding: those who found passion in a career they chose based on objective reasons ended up being slightly more successful than those who simply just followed their passion. Think about it – if the passion disappeared (as it nearly always does), what else will motivate you to continue pushing forward with your idea?

Don’t kid yourself that your startup will be a rocket ship. Few are. Even the most passionate entrepreneurs hit a wall. After all, startups are like roller coasters and while the highs are great, the lows are equally depressing.

A good work ethic reflects a person’s resiliency, discipline, and desire to do a good job. They have to be willing to put in the time and effort to start a business, to take a pay cut, to push through times when they face failure. Passion will not get them through it, because it will most likely disappear in times of trouble. Elon Musk, CEO/CTO of SpaceX and Tesla Motors agrees:

Work like hell. I mean you just have to put in 80 to 100 hour weeks every week. [This] improves the odds of success. If other people are putting in 40 hour work weeks and you’re putting in 100 hour work weeks, then even if you’re doing the same thing you know that… you will achieve in 4 months what it takes them a year to achieve.

Even though Musk believes in passion, and is quite passionate about his companies, he reveals that the reason behind his success is because he put in the work to do it – not because he loves every second of what he does.

I’m not suggesting that entrepreneurs should ignore their passion. Passion does play a large role in starting and growing companies. Passion is often the reason why we take risks. But passion clearly isn’t enough to keep a business afloat when you hit the entrepreneurial wall – and you will. Find your passion, but also be sure you know what else can motivate you to move forward when your passion starts to fade.