It is almost 3 years since we opened the doors to crowdSPRING and in that time we have grown dramatically. In May of 2008, we started out with fewer than 600 registered users. By May of 2009 we had grown to just under 30,000, and by May 2010 we were 79,000 strong; today we have nearly 125,000 registered users and are growing by 1,100 per week! And they are active: after one year in business, Creatives had collectively submitted over 275,000 entries to projects; by May 2010 the entry count was over 900,000 and as of today the number has more than doubled with over 1.8 million individual entries submitted to projects on the site!

Traffic to the site has also increased dramatically; When we launched on May 6th, 2008 we had already received over 19,000 visits during our beta-testing period. By the same date in 2009 we had received 551,000 visits; a year later we were well over 1.3 million. Our growth continues to accelerate; to date we have welcomed more than 2.3 million visitors!

The international flavor of our community has not ceased to amaze us and our footprint has continued to spread since we launched – after our first year in business visitors came from 204 countries and spoke 136 languages. By May of 2010 they came from 219 countries and spoke 199 languages; according to Google Analytics, there are only 5 countries from which we have not had a single visit: Chad, Western Sahara, Mauritania, Guinea, and The Central African Republic. But, not to worry – as I write this, our marketing geniuses are actively targeting those 5 nations and we expect to welcome them to our community in 2011!

Interestingly, we have become more international with each year – after one year in business, US visitors accounted for 73% of the traffic to the site; in the last year US visits accounted for only 61%! What were the 10 visiting countries in the past 3 years, you ask? Take a look here to see how the Top 10 have changed in each year over year: 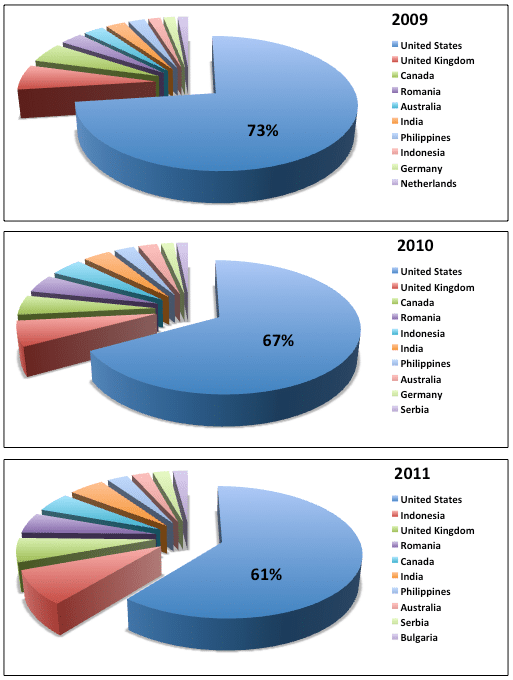 Here are some updated facts about our registered Buyers: 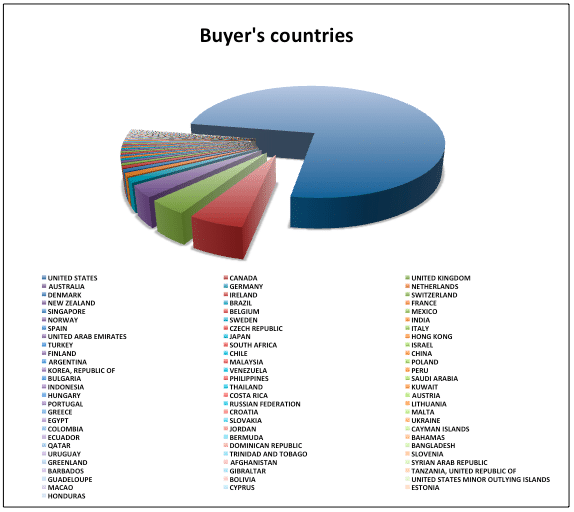 And some updated facts about our Creatives: 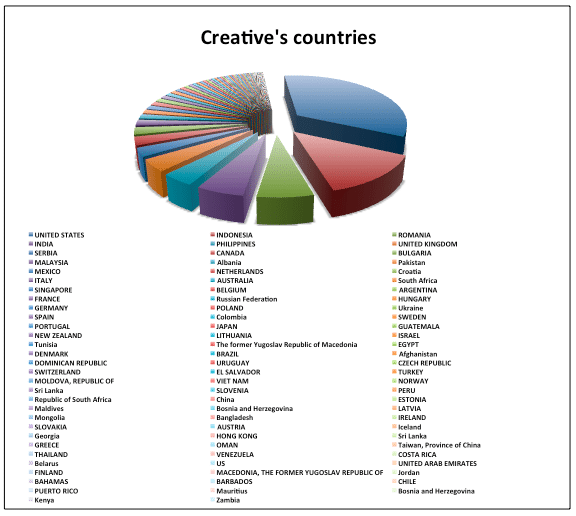 I’m curious: Where are you from? Leave a comment here to tell everyone where in the world you are and what brought you to the crowdSPRING community in the first place. Can’t wait to hear from you…