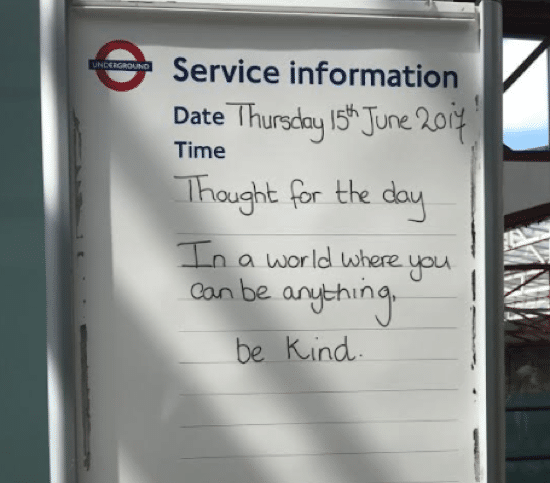 As citizens of the planet, I think it’s our job to be kind to each other as often as possible. I came across this story on tiny kindnesses, and I think it’s a great reminder that being kind doesn’t have to be a huge gesture. Kindness is not always a difficult or profound choice: Often, it’s just being mindful and putting the greater good ahead of personal gain in everyday moments.

We hope you enjoy another great set of links and articles that we shared with you over the past week on our crowdSPRING Twitter account (and on Ross’s Twitter account). We regularly share our favorite posts on entrepreneurship, small business, marketing, logo design, web design, startups, leadership, social media, marketing, economics and other interesting stuff! Enjoy!

My guest post for @smbizdaily … Art of Negotiation With Vendors, Partners and Employees https://t.co/uoNQzx5oJu pic.twitter.com/fEMpoG6Ccn

Growth is getting hard from intensive competition, consolidation, and saturation https://t.co/qOPUr3wxoV

My guest post for @youngupstarts How To Negotiate with Vendors, Partners And Employees – https://t.co/YgjCmvkOU4 pic.twitter.com/6Ej7exVyBj

A few years old but terrific insights … Seven lessons I learned from the failure of my first startup, Dinnr https://t.co/XrZK1Pqh0N pic.twitter.com/PPmZjwlu7X

My guest post for @smbizdaily … Art of Negotiation With Vendors, Partners and Employees https://t.co/uoNQzx5oJu pic.twitter.com/fEMpoG6Ccn

Good insights from @ktaylor … What do you do when someone helping your startup as advisor asks for 10% in equity? https://t.co/zfi8x0OXGn

One in three people will have diabetes by 2050. Conventional medicine has the wrong medical paradigm. https://t.co/NehIHOwj6c