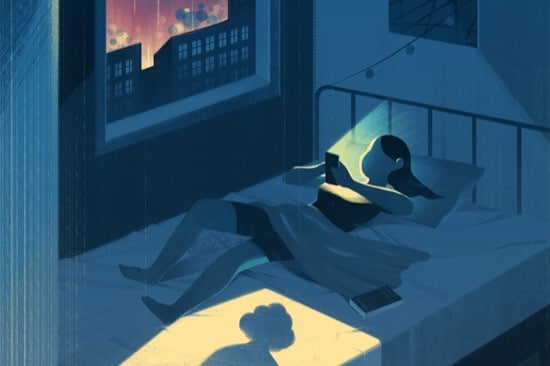 Dependence on smartphones has been linked to potentially concerning problems for today’s youth, including deteriorating mental health and a substantial intellectual decline as people age.

A recent essay in The Atlantic on this subject shares some startling statistics, including that “iGen” teens aren’t interested in working and earning their own income. In the late 1970s, 77 percent of high-school seniors worked for pay; now, in the mid-2010s, only 55 percent do.

This decrease in independence, and consequently, happiness, has been strongly linked to smartphone addiction.

We will need to monitor and limit connection time – for kids and adults – if we want future generations to be mentally and physically strong, productive, and independent.

Many useful tips … How to stay happy and motivated at work – https://t.co/yvoKTmmr4T

How To Negotiate With Vendors, Partners & Employees
Interesting article on @Forbes by @rosskimbarovsky#negotiationhttps://t.co/O5vUbiTZcA pic.twitter.com/wiJDcXCppK

How To Negotiate With Vendors, Partners & Employees
Interesting article on @Forbes by @rosskimbarovsky#negotiationhttps://t.co/O5vUbiTZcA pic.twitter.com/wiJDcXCppK

👇 Did you see my 2017 #DigitalMarketing predicition in this post last year? https://t.co/YqPoA3acHG via @crowdSPRING

Stuck with your marketing strategies? … How to Market to the Social Media Generation https://t.co/MBV4LcTiH1 pic.twitter.com/oGDrryPMjj

Terrific read … The Designer Baby Era Is Not Upon Us https://t.co/aB02Qlsc6d pic.twitter.com/vnj8lYI6de

Very cool. The USPS can use something like this. https://t.co/eXlhl7GeMv