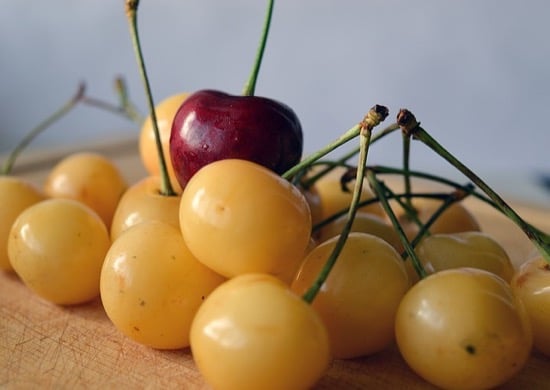 Growing up, my parents always taught me that showing initiative is one of the best ways to achieve success – at work, or in any area of your life. Understanding that you have to take a risk – ask questions, make a recommendation, pitch an idea – is the first step in becoming someone that influences their surroundings, and doesn’t simply sit back in the safe zone watching things happen. If you’re looking to further your goals and extend your reach in your life, start practicing being more proactive by engaging with the world around you. Start initiating change, and watch as the world starts changing with you.

Need some tips on how to promote initiative in your work environment? Check out Jean Hsu’s recent piece on it for some great insights and tips on how to bring out the best in you and your employees.

Good reminder from @jasonfried about need to perfect the basics before seeking scale … One door at a time – https://t.co/qkBSdLKZHv pic.twitter.com/OqOsQfWfLq

How Self Discipline Can Unlock Your Business Success | @crowdSPRING Blog – https://t.co/7ky6W13v7U pic.twitter.com/Z1T7Fz5Tem

If you made a mistake, apologize.
If you are appreciative, show it.
If you are stuck, ask for help.
If you love someone, tell them, now.

How To Avoid Bad Advice That Can Kill Your Small Business Or Startup https://t.co/yMPcxk4i1C

How small businesses can manage people for competitive advantage https://t.co/fdGlKTtN7X

Is something holding you back? … How Self Discipline Can Unlock Your Business Success https://t.co/CebZd9hY04 pic.twitter.com/18qzKpeQyR

Good insight from @dharmesh – Secret To SaaS Success: Recognize That You're Not Selling Software https://t.co/JnXMPJowO6 pic.twitter.com/1cA0pFNKW8

The biggest threat to innovation is internal politics and company culture which doesn't accept failure. pic.twitter.com/pgtuoCdeZ1

This is a much better way to think about your startup than product-market fit … Problem-Market Fit – https://t.co/RKcSTfA8wA

Why Content Marketing Is Essential For Successful Startups and Small Businesses https://t.co/5oGLedLo5H

Frustrated with your existing logo or need a new one? The Business Owner's Guide to Creating a Unique Logo – https://t.co/JhZjfJaDTG

The essay by Jobs on why Apple didn't allow flash on iOS was spot on, as time showed … Thoughts on Flash – https://t.co/bQp1wIsHcd

Have a site or mobile app for your biz? 6 Ways User Interface (UI) & User Experience (UX) Design Can Help Your Biz https://t.co/yzWicoyPjS pic.twitter.com/CnVU1jUOoe

We're just starting to understand this … Surgery Is One Hell Of A Placebo https://t.co/F7krgwxLa4

Interesting … Facebook worker living in garage to Zuckerberg: challenges are right outside your door – https://t.co/ZooTWuPymp pic.twitter.com/rUVf0D2zrl