Time. Money. We all wish we had more of them.

This is even more keenly felt by business owners and entrepreneurs, for whom time really is money.

Finding ways to more effectively use the amount of time available to us is a classic productivity problem.

As our lives and careers become increasingly mobile, countless apps and services have flooded the market attempting to solve that problem. There are now so many options available that finding the right one for your personal needs has almost become a productivity problem in and of itself.

In the spirit of saving you time, we’ve compiled some of the top mobile apps and services used by business owners and entrepreneurs. Because as Shirley Temple (yes, seriously) once said, “Time is money. Wasted time means wasted money means trouble.” 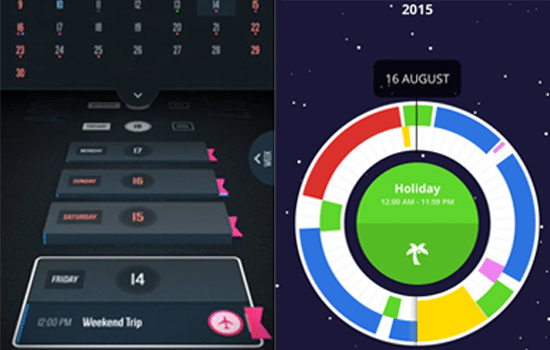 You would think that once you’ve seen one calendaring app, you’ve seen them all, but some app developers would beg to differ. In addition to the typical calendar apps, there are now some very innovative solutions that turn the classic calendar and timeline layout on its head

With a tagline like “a calendar with a different perspective,” Rolo Calendar (iOS) doesn’t mince words. It turns your calendar and events into a circular visualization that allows you to see “how your life is divided up into, say, work, learning, fitness, and play.”

Vantage (iOS) is another app that reimagines how events can be displayed. It’s “built to be highly visual for the best possible view of your life.” Tech2’s review liked its “better, smarter layout,” comparing it favorably to Star Wars’ famous “opening crawl.”

If you prefer a more traditional calendar layout, Microsoft’s Outlook (iOS / Android) is an excellent choice. On top of its strong email and contact features, Outlook also boasts integration with a number of popular apps and services, thanks in part to Microsoft’s purchase and merging of features from the popular Sunrise app (RIP). 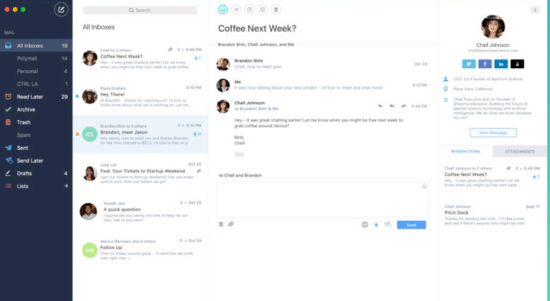 Try as we might to purge it from our lives, all signs point to email sticking around long after we’ve skipped this joint and moved to Mars. Thankfully, there are some very good options available that extend and reimagine email.

Polymail (iOS / Mac) was the darling of the Product Hunt community when it launched and for good reason. It’s an attractive, powerful take on email that includes such business-friendly features like email tracking, undo send, contact profiles, and more. DailyTekk’s enthusiastic review echoes the praise heaped on Polymail, calling it “the very best Mac email app,” thanks to “a clean design and a TON of really useful and interesting features.”

If you’re a heavy user of Google’s online services then MixMax might be perfect for you. It’s a Google Chrome extension that adds a bevy of features to Gmail, including email tracking, send later, email templates, integrated polls and surveys, and many others. TheNextWeb reviewed Mixmax positively, noting that it was “clearly targeted at businesses that want to improve productivity and reduce emails bouncing back and forth trying to organize simple meetings or to get feedback.”

Newton Mail (iOS / Android) boasts a similar list of features but is not limited to working just with Google’s products. It has mail tracking, undo send, and extensive integration with other popular services such as Trello, Evernote, Salesforce, and Zendesk. It’s available for IOS, Android, and Mac, and a free 14-day trial is available. 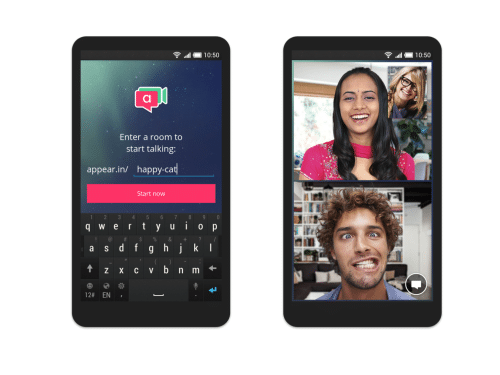 It’s hard to believe that a few years ago, reliable video chat and conferencing seemed like a far off future. These days, tools that enable remote collaboration and communication are more popular than ever. More organizations encourage their employees to work at the time and place that works best for them, and video is a big part of that.

Joining video chat veterans such as Skype, Google Hangouts, and Zoom are new, often free options that work in your web browser, on your phone, and wherever you might be. “Move over,” said Makesusof.com’s Matthew Hughes, “Appear.in is here, and it’s really good.”

Appear.in’s appeal is its simple setup and robust set of features. All you need is a supported browser (Firefox, Chrome, or Opera) or the free mobile app and you’re ready to host group video chats and share your screen.

Gruveo claims to be “the world’s easiest video calls,” and has a similar setup and list of features as Appear.in. It distinguishes itself by offering both video and audio calls, and by being broadly available. You can use Gruveo in your browser, on mobile, and even integrated into Canadian chat juggernaut Slack.

Amazon, not wanting to be left out, recently threw its rather sizable hat into the video chat ring with their new Chime “communication service.” Gene Farrell, AWS vice president of enterprise applications told Fortune that “the biggest thing we heard from customers was that their voice and conferencing software was not easy to use, clunky, and expensive and no one tool works for all tasks.”

The jury is still out how Chime compares to market leaders like Skype and Cisco WebEx, but if Amazon’s domination of cloud web services is any indication, its future could be very bright.

If there’s an app that best personifies “effective productivity,” it’s probably to-do and notes/planning apps. There are countless options available with design and features to fit every taste and need, and here are few we consider, pardon the pun, notable.

Workflowy may not have the name recognition of more popular personal planning apps like Trello, but it’s been around for a long time and has built up a dedicated following. It’s the app of choice for well-known entrepreneurs such as Slack’s Stewart Butterfield, Atlassian co-founder Mike Cannon-Brookes, and Blogger / Twitter / Medium founder Ev Williams, who said “I love WorkFlowy. It fits the shape of my brain better than any other list/note-taking app I’ve ever used.”

Another acclaimed to-do app is Todoist. Khoi Vinh, the former Design Director for the New York Times, is a documented long-time user of it. In 2013 he wrote, “it remains a ridiculously simple bit of software that takes just moments to learn, and it’s still extremely effective.”

Since its initial release as a web-only app, it has grown to encompass an impressive number of platforms, from MacOS and Windows all the way to Android Wear and Apple Watch. It’s a testament to its ease-of-use and simplicity that it’s one of the longest-lived productivity apps with an equally dedicated audience. 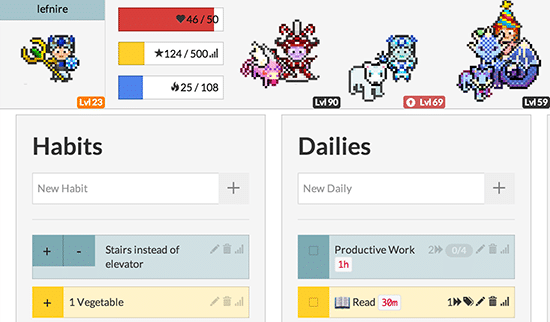 Calendar apps aren’t the only place where innovation happens – to-do apps have their share of unique and innovative designs, and Habitica is a great example. It was one of the first app to use gaming concepts as a key motivation method, which we now know as “gamification.” It reimagines your tasks and habits as a fantasy role-playing game, with achievement badges, gold, and virtual equipment such as potions as incentives. Based on its popularity this approach is very effective, as Gadgette’s review noted:  “Habitica is a brilliant app for helping add an extra layer of motivation for the inconsistently motivated.”

No matter how organized and effective you may try to make your life, your personal health and awareness is a critical part of Getting Things Done. It’s hard to knock down to-dos like a boss when you’re wasting time procrastinating or, (ahem), spending it messing around with productivity apps.

Lifecycle (iOS), by the developers of the very popular Sleep Cycle alarm clock, is an app that tries to help you understand where you spend your time. It does this by tracking where you go, how long you spend in transition between places, and how long you sleep. It then displays all of this information in attractive charts and graphs, which help you figure out “where your greatest time expenditure is, sleeping more, working less, finding a shorter commute to work,” according to its web site.

The problem of procrastination, especially procrastination from messing with our mobile devices, is a problem tackled by the app Forest (iOS / Android). It’s a simple app that tries to keep you present and off your phone by letting you plant seeds that slowly grow into trees. The catch is your tree only grows as long as you keep the app open – as soon as you leave the app, your tree dies. The National thought its simplicity was a success, writing that “while it might seem a little childish, I was surprised how much this visual representation of success helped to motivate me to stick to my non-phone time and focus on what I was doing.”

Go Forth, and Be Productive

The challenge with any of this is figuring out what apps (and what methodology or process) works best for you. As Khoi Vinh stated so succinctly, “What matters is that task management is highly idiosyncratic. Everybody wants a system that works in a very specific way, that matches their own particular cadence for interacting with such a system, that complements other tools, etc.” If you’re still on the lookout for the right solution for you, sites like Product Hunt and StartUpCollections are excellent places to start looking.

If you have an app or service you use that you think the crowdSPRING audience should know about, share it in the comments. And keep knocking down those tasks and to-dos!