Last summer, we announced that we would issue a monthly cS Award to honor quality work by designers and writers in the crowdSPRING community.

Our continuing quest is to celebrate and award the most talented, the busiest, and the all-around awesomest Designers and Writers in the community! The September cS Award of $1,000 will be given to the Creative who receives the highest average Buyer score while  participating in the largest number of projects!

To be eligible, you must participate in at least 10 Design or 15 Writing projects and submit at least 20 total entries during September. In case of a tie, the award will go to the creative with the highest number of individual submissions in August.

Good luck to everyone! 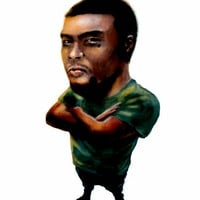 The August award was to go to “the Creative in design projects who participates in the largest number of projects while receiving receiving an average buyer score of  3.5 stars or better.” Well, we had a bunch of Creatives who met this criteria and you are all awesome! The work you submitted is stellar, and many of you have already been awarded with wins in those projects.

We are really pleased to announce that the August $1,000 cS Award will go to LioArtimis for his outstanding work last month! Roy is based in the Phillipines, and is a new member of the community as of this past Spring. But in that shirt time, he has has participated in over 34 projects and has already won 6! Roy focuses on book design projects and the Buyer’s who have awarded him rave about his talent and his skills. He is a wonderful and active member of our community and we are proud to have Roy win the August cS award!