Last summer, we announced that we would issue a monthly cS Award to honor quality work by designers and writers in the crowdSPRING community.

This month we are trying something new! Instead of a plain-ol’ run-of-the-mill cS Award, in honor of the upcoming All Hallows Eve, we’ll be posting a new project  in the next couple of weeks and asking all of you to participate. We’ll make an announcement when it goes live, but watch for our special, spooky, fun, and awesome Halloween project! The details will be announced, but (hint, hint) start working on your best ideas for face painting designs for kids. We’ll offer several awards to the winners in the project, and your entry could be one of those!

The October cS Awards will be given to the 3 Creatives who submit the coolest, or the scariest, or simply the most creative face-painting designs in the project!

To be eligible, you must upload in at least 1 design while the project is open. We will be offering 3 awards, so be sure to watch for the project announcement in the next couple of weeks and be sure to participate!

Good luck to everyone! 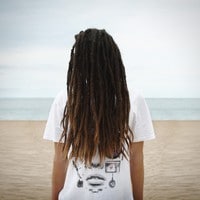 The September award was to go to the Creative who participated in at least 10 Design or 15 Writing projects and submit at least 20 total entries and received the highest average Buyer score. Well, we had a bunch of Creatives who met these criteria and all of them did an outstanding job!

We are so happy to announce that the September $1,000 cS Award will go to Atmosphere for his outstanding work last month! Atmosphere’s real name is David, he is based in the Czech Republic, and is a new member of the crowdSPRING community, but has already participated in 10 projects and won 3 those! He focuses on web design projects and his reviews are outstanding – he is a wonderful and active member of our community and we are proud to have David win the September cS award!