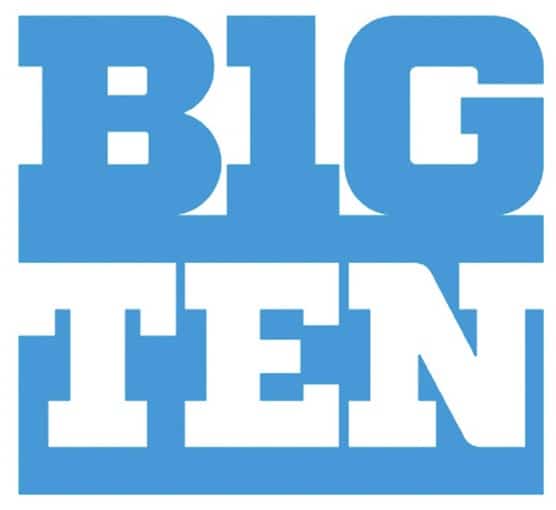 A few months ago, for our “I’m in Logo Love” series, I wrote about the Big Ten logo and how awesome it was. It cleverly used negative space to show that the Big Ten athletic conference actually had eleven teams.

I also mentioned how excited I was to see what they would come up with when the Big Ten added Nebraska to their ranks, changing the number of participating colleges to twelve. (As a graduate of a Big Ten school, I have a vested interest in this topic.)

The wait is over.

This week, the Big Ten unveiled its new logo.

The designers, Michael Bierut and Michael Gericke from the design firm Pentagram say they were symbolizing the conference’s future and heritage. The logo will work in a square format and a horizontal format, which will make it flexible for use on networking websites and a header on their own website. And the logo is flexible if the number changes again. As Gericke says, 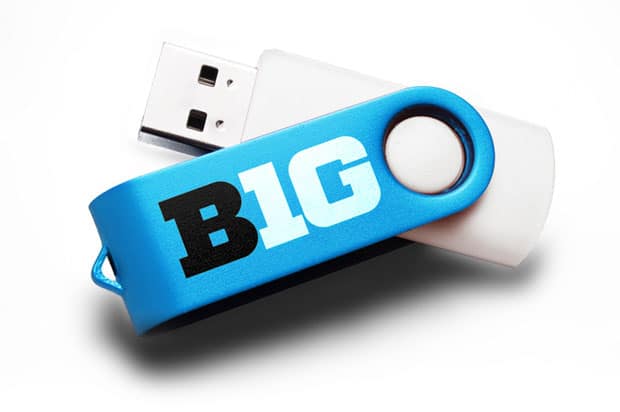 “Going forward, fans will know The Big Ten will always be the Big Ten.”

Also, the word “B1G” is designed to stand alone as the symbol, with the “B” for Big and the numeral 10 following it… but that seems to be asking for people to stretch a bit.

Truly – it looks like they stuck a number 1 in the middle of the word. Using 2 colors, as they do on this flash drive, makes it a bit more obvious. (But not enough.)

The new logo – which is being panned in print and on the web almost as badly as the redesign of the GAP logo – has its problems.

The use of the negative space is distracting rather than intriguing. The color is more reminiscent of the University of North Carolina than the Big Ten.

And it does not refer to the fact that the Big Ten Conference is made up of 12 teams.

As a visual cornerstone of its brand identity, the new logo design didn’t hit the mark.

A better approach is the one from the BIG TEN Network. They use a modern font, leaning in a forward motion, with 11 stars running underneath to represent the 11 schools. All they will need to do to update their logo is add the 12th star.

So – am I in logo love all over again? Not so much. The reasons behind the decision and the pitch all make sense… but when it comes down to how it actually looks? I’m not feeling the love.