Startup Marketing: 5 Startups that changed their name (and why) - crowdspring Blog
2%

When starting your business, a lot of time can be spent choosing the perfect startup name.

Conventional wisdom says that a memorable brand name should be less than 10 characters, easy to remember, and the .com has to be acquirable.

Startup names can be descriptive (PayPal), suggestive (Amazon), or even fanciful (Apple).

Once you find the perfect name for your startup, it’s hard to think that any other name could fit the company you are building.

But what if the company you are building begins to change? Startups are intended to be agile businesses that consistently face engineering and marketing challenges with creative thinking and a willingness to evolve.

Just because the name was perfect when you launched doesn’t mean it will always be the right fit. It’s not unusual for a company’s brand identity to evolve as markets change.

Unsure if you need to rebrand because your startup needs a new name? Take a look at 5 top startups that have changed their name (and why):

We just emailed the brand identity workbook to you.

After developing a product with a clear focus and customer validation, Untitled Startup Inc. changed its name to Simply Measured.

RelayRides intended to innovate the car rental industry with a peer-to-peer carsharing concept inspired by online marketplaces like Airbnb. From 2010 to 2014, the company launched its service nationwide and received over $50 million in funding. During this time, the original short-term, hourly rentals were discontinued in favor of longer duration rentals of 1 day or more due to growth potential. Ultimately, RelayRides found that the average rental period for their service was for more than 5 days.

With a product no longer focused on short-term rentals, RelayRides changed its name to Turo and raised another $47 million in funding in 2015.

WHICH NAME IS BEST? 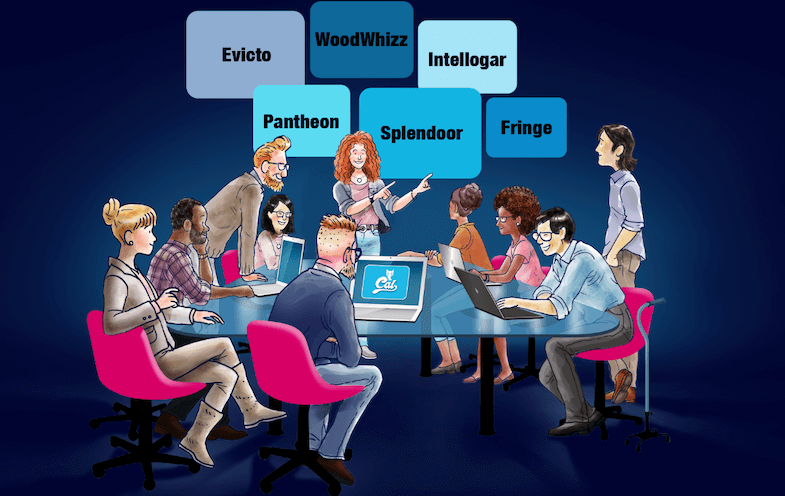 Only 15% of people answer all 5 questions correctly.

There are more than 200,000 hospital visits a year related to food allergies or food sensitivity. 6SensorLabs launched to change by offering an affordable way to test food for allergens and educate others about unexpected allergens in restaurant menus. After receiving $4 million in seed funding, the company launched its first product in 2015, a handheld app-connected device designed to detect gluten levels in your food titled Nima. The product, which is still available for preorder, was such a success that the company recently earned an additional round of $9.2 million in funding before shipping any devices.

Considering the Nima product’s success and its synonymous relationship with the brand, 6SensorLabs decided to change its name to Nima with two new devices launching in 2017.

When ZenPayroll was part of Y Combinator’s Winter 2012 batch, the company intended to improve the payroll experience for both small businesses and employees. Over the next 3 years, ZenPayroll earned over $25 million in funding and launched its payroll management system in all 50 states. In 2015, after being valued at over $560 million, ZenPayroll added health benefits and workers’ compensation to their product offering.

With a product offering no longer limited to payroll, ZenPayroll changed its name to Gusto and is currently valued at $1 billion.

Virtual Reality has found mainstream appeal in the past year by releasing multiple VR headsets to the general public. Vrse was founded to utilize VR as a storytelling medium by developing the technology required to create, play, and distribute “immersive VR films.” Though the name seemed clever at first, Vrse CEO Chris Milk began to notice some unexpected branding issues:

People reading our name often don’t know how to say it, and people who do know how to say it often don’t know how to spell it when searching for it. Turns out these are not great features for a company name. More importantly though, tying our brand to “virtual reality”, a phrase we may not even use in ten years, seems inadvisable. And at our heart, we’re about more than just a specific technology or buzzword — we’re about creating and sharing human experience. Technology is just a tool to get us there.

Faced with a name that was no longer working for the CEO or the brand direction, Vrse changed their name to Within during their announcement of a $12.6 million round of funding in 2016.

A case for change

The most important thing a startup can do is get started.

These 5 companies and many more have proven that the perfect name is not critical to a company’s initial success and that in some situations, you may not even know what kind of company you will have in a few years.

Focus on providing a quality service or product to your customers, and don’t be afraid to change your startup name if the timing feels right.