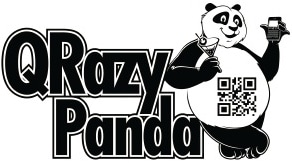 We live in a society where the sentence: “I’ve got a Groupon for that!” makes sense.  Daily deal websites are par for the course.  So much so, it seems almost impossible that any company could differentiate themselves.

Almost impossible, but Salvador Serrano has done it with QRazy Panda.  The fact that QRazy Panda primarily focuses on nightlife deals is not what makes it special.  Rather, its use of QR codes versus printed, paper coupons is.  For those unfamiliar, QR (short for Quick Response) codes are those weird, squarish squiggly things that seem to be popping up more and more on advertisements and websites.  URLs for websites or texts are actually encoded into these squares so cell phones can snap a picture and upload the information.

In this case, once a deal is purchased, a secure QR ticket is sent directly to the person’s cell phone via SMS text message or email.  Serrano developed QR codes that can be sent through text messages so QRazy Panda could reach non-smart phone users. In contrast, sites like LivingSocial are only beginning to contemplate mobile technology.

Sal took some time away from his panda suit to talk about his start-up:

QRazy Panda is a new daily deal site for nightlife. We are essentially Groupon for nightlife, but without the annoying paper to print out, forget, or lose. And with the emphasis on supporting charities and helping the environment.

I was exposed to crowdSPRING at an event called Rocked the Recession and it also came highly recommended by a friend.

Some challenges I have faced are, of course, the lack of financial capital that leads to the lack of human capital. It has been very challenging bootstrapping this venture with my financial aid from grad school. In addition, not having a steady stream of income poses even a greater challenge. Fortunately, Cup o’ Noodles is still around along with some good old Lean Cuisines.   Another issue I have come across is securing a co-founder that is both technical and excited about marketing.

Entrepreneurship is about starting companies; starting a company means selling a product or service.  The golden rule of entrepreneurship is knowing how to sell, whether that is to an investor, client, or end user.  In addition to that, I have quickly learned that I cannot do everything.  It is another good rule of thumb to delegate, delegate, and delegate.

I think the craziest story comes from a serious conversation I had recently, with my team, about me running on Wrigley Field in a panda suit to help QRazy Panda go viral. After several conversations with legal, the voice of reason decided it might not be the best decision. However, I have not completely ruled it out quite yet.

Like Frank Sinatra sang, I did it my way.  But if I had the chance to do anything differently, I probably would have secured my interns sooner to help in reducing my workload.

Just go out and do it.

QRazy Panda’s call for a new logo received 30 entries and was awarded to DOENE.