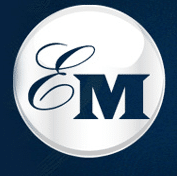 That’s where this week’s Small Business Spotlight, Eventual Millionaire, comes into play.  The blog was started by Jaime Tardy after she paid off $70,000 worth of debt in a year, quit her high salary position, and decided to work for herself.  She, like many of us, wanted to learn how highly successful people got to where they are.  Unlike most of us, however, she started contacting millionaires directly for interviews.

The result is a blog full of fascinating reads.  There are big names like Guy Kawasaki and David Heinemeier of 37signals featured, as well as lesser known entrepreneurs who made it big, like the man who made his first million selling travel excursions to Antarctica.

Jaime shares more about her blog below:

I interview millionaires. I also help small businesses make more money and speak about what millionaires have done to become successful.

One big challenge is that I look very young. My first mentor thought I should wear business suits and bright red lipstick to try to look older. That was not me at all, and since I’ve been online my results speak for themselves. (What woman wants to make themselves look older!)

I have learned that if something goes wrong, you need to fix it immediately. When I was featured on Yahoo’s homepage I was amazed. My site completely crashed from the traffic. But I wasn’t keen on upgrading to a large server since I didn’t think it would happen again. Three months later I was featured on Yahoo’s homepage AGAIN. The site crashed again.

It was a painful mistake that lost me thousands of new visitors (when my site was up it got 8,000 new visitors in 2 hours).

I had heard all about how crowd sourcing created amazing work. I was skeptical at first. I’m very particular, but I was so impressed by the quality of the logos. It was hard to decide which I liked best!

The press and opportunities from it have been amazing. I worked with Eepybird (who do a viral video of Diet Coke and Mentos) and was invited onto the David Letterman show. I was able to hang out backstage with the sound effects guy. It was so fun making the window crashing sounds. 🙂 Plus one of the tech people asked me if I was singing tonight. (That made my day!)

Well, I would make sure my site didn’t crash the second time. But I don’t think I would change much else. My journey hasn’t been perfect but it has been immeasurable. I never would be in the place I am today without all of those experiences. For that I am grateful!

I see a lot of opportunity. My network has been growing exponentially which has increased the opportunities, and I am working on my first book. I can’t wait to live it.