In a July 2012 study, two independent research firms surveyed more than 1,000 U.S. adult smartphone users. The findings are not surprising: smartphone owners expect websites to be optimized for their smartphones. 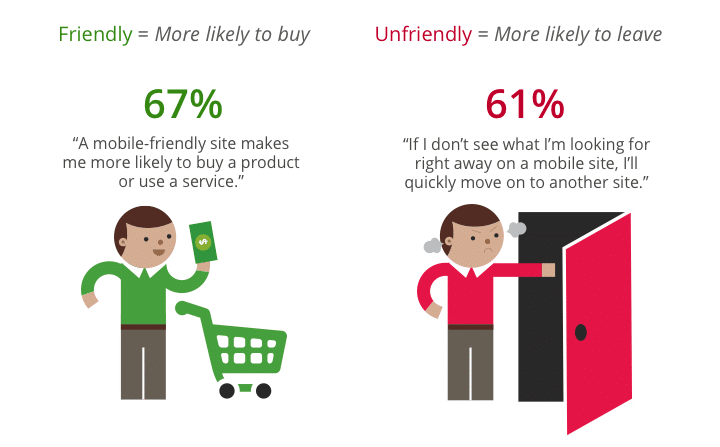 Key takeaways from the study

2. Want loyal customers? Make it easier for them to engage with your business. 74 percent of mobile users were more likely to revisit mobile-friendly sites.

3. Want more customers? Make sure your site is mobile-friendly. 61 percent of mobile users will NOT buy from a site that isn’t mobile-friendly. More importantly, a majority of users (67%) are more likely to buy or convert after a visit to a mobile-friendly site. In fact, 79% of smartphone users who don’t like what they find on one site will search for another site.

What users want from mobile sites

The study offers important tips on what users want from mobile-friendly sites.

Smartphone users expect mobile sites to load in under five seconds, according to the survey findings. But just like with regular website loading times, faster is always better. In fact, every second counts. Nearly half of consumers expect a webpage to load in 2 seconds or less.

Have you optimized your website for mobile yet? Do you have any questions that we or other users can answer about mobile? We’d love to hear from you in the comments below.