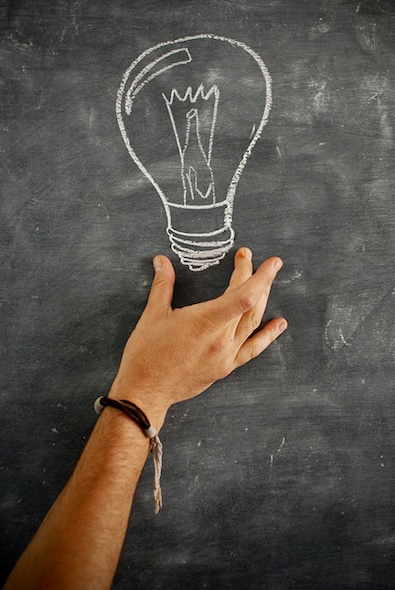 At some point, even the most successful businesses hit a wall. Sales plateau, the customer base stops growing, morale is low, and revenue is either flat or falling. The best companies – and the best entrepreneurs – find ways to overcome such stagnation.

The challenge often isn’t in finding ways to quickly increase customers and revenue or to decrease costs. Most entrepreneurs and business owners can identify short-term fixes. But it can be very difficult to find a lasting solution.

We can all learn from the experience of one of today’s most successful social media platforms – Facebook. Today, more than a billion people are connected through Facebook. Originally only open to students enrolled at Harvard University, Facebook was created to help Harvard students connect. When founder Mark Zuckerberg found that no new Harvard users were signing up, he opened the website up to students at other Ivy League schools. Yet this still wasn’t widespread enough for long term success, so he allowed Facebook to be used by high school students, and eventually by the general public.

Whether he knew it at the time or not, Mark Zuckerberg was relying on something psychologists call the scarcity principle to overcome his company’s stagnation. Scarcity principle is defined as our heightened desire for things that are not easily or readily available. When Zuckerberg encountered stagnant points, he used such points to his advantage instead of leaving himself and his company stuck. Since his product was so relevant to many people, Facebook kept pulling in more potential users with related products. Zuckerberg explains:

I mean, we’ve built a lot of products that we think are good, and will help people share photos and share videos and write messages to each other. But it’s really all about how people are spreading Facebook around the world in all these different countries. And that’s what’s so amazing about the scale that it’s at today.

However, Zuckerberg didn’t jump from a closed system used only by Harvard students to permit everyone in the world to use Facebook (then called The Facebook). Instead, he slowly added new demographics, allowing for more users to join while keeping the original exclusive culture he had established. The quick success he saw from other Ivy League students jumping at the chance to join Facebook stemmed from their increasing desire to join something that was scarce (after all, it was originally only available to Harvard students). By the time Zuckerberg opened Facebook to the general public, everybody wanted to join.

Here are three of our favorite tips on how to use the scarcity principle to overcome stagnation:

1. Limited Time Offers.
Along with the idea of the scarcity principle, a limited time offer often drives the value of a product up as consumers expect it to go away over time. Some companies offer flash discounts, free trials, or other promotions. The cookie study explored the idea of limited time and limited edition offers, finding that people were very responsive to them. Businesses have taken notice:

Limited editions of cars, books, boats, stamps, and commemorative coins continually appear on the market, and the limited edition often costs as much as four times more than the everyday product.

Spotify, a music streaming service, does this well when they run various offers throughout the year- adding the clause “Limited Time Offer” to each deal to make it more attractive for their customers.

If you run promotions, make sure the promotions are limited in time or in scope. For example – run the promotions for 72 hours only, or only for the first 250 customers who respond. You need such details to get people’s attention. After all, people have very short attention spans.

When companies introduce pretrials, beta tests, or pre orders, customers feel special if they are a part of the seemingly exclusive group that gets to reap the benefits first. Often, these types of marketing foster jealousy between customers, something that translates into customers competing for something they now view as “prized”. Some tech startups have used this strategy very effectively, creating a viral effect for signups that far exceeded any paid marketing that they could have pursued. Uber, for example, has executed this strategy very well and has coupled it with referrals and referral credits to further build its business.

3. Competitions.
Connecting back to the cookie experiment, the researchers found that participants wanted the cookie from the smaller quantity because participants felt that there was a higher pull towards that jar. Competition, or perceived competition, makes customers feel that there is a need to “win” because it pulls out our competitive nature. For example, when someone runs a logo design competition on crowdSPRING, often, the more people other creatives see participating in a project, the more likely the creative is to participate.

In reality, the key to the scarcity principle is the perception of demand for the product being offered. If customers believe that demand is increasing for a product, they will believe that product has a higher value. Since customers often interpret high levels of demand in terms of low quantities of supply, the marketing tactics we use should mirror the idea that our product is in low availability because so many people want it. Apple has executed this with perfection over the years with its iPhone and most people remember the Nintendo Wii and the absolute craziness that ensued when it was in scarce supply. Just like Mark Zuckerberg led Facebook out of stagnation, we can ensure that our companies continue to evolve as we try different things to keep moving forward.

“People think innovation is just having a good idea but a lot of it is just moving quickly and trying a lot of things.” – Mark Zuckerberg