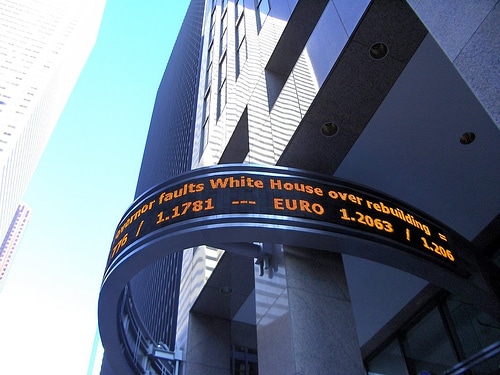 One of my daily pleasures is to read the paper, the blogs, and the magazines. I typically scan the major stories domestic and international, take a dive into the political coverage, read the opinion pages top to bottom, skim the sports and entertainment sections and then head over to the business section to see what’s up today.

Lots of trends to spot, plenty of management lessons to be learned, good analysis of economic issues,  and plenty of coverage on small business, startups, and technology. Not surprisingly, much of the business coverage during an election season focuses on the impact on business of the policies and positions of the candidates. But there is never a lack of good reading, first-rate reporting, and insightful opinion for a reader with a few minutes to spare and abundant curiosity.

The articles listed below are organized by category: Small business news, Small business strategy, Starting a business, and Running your business. Let me know your thoughts and please share links to any great articles you’ve come across recently.

American Public Media: Marketplace
Would a new farm bill save money?
“The federal farm bill expires at the end of this month, and it appears that rather than passing a new one right now, Congress will extend the current law for a few months until after the election. That means lawmakers will put off decisions, like whether to replace direct subsidies for farmers with new forms of support.”

The Washington Post
Has Obama really helped small businesses?
“The owner of a local Florida pizza shop quite literally gave President Obama a lift this weekend. But has Obama done much to boost small businesses in return? Certainly Democrats have tried to play up the White House’s efforts to help small businesses. Small business owners like Bill Butcher, who owns a Virginia brewing company, were featured prominently at last week’s Democratic convention, praising the administration for lifting barriers for the little guy.”

American Public Media: Marketplace
Why Snickers is poised to rule the candy world
“Prepare for a new king on the candy throne: Snickers will surpass M&M’s to become the number one candy brand in the world sometime this year, according to a new report from Euromonitor International. A strong showing in Eastern Europe is a key part of Snickers’ global growth, and Russian sales have more than doubled in just five years.”

The New York Times
Among Online Entrepreneurs, Subscriptions Are All the Rage
“For his new business, Mr. Zhardanovsky’s plan was to sell pet food on a subscription basis. He figured that other pet owners had experienced the same frustrations keeping the food stocked and might be willing to sign up for a monthly delivery service as well. “Dogs never stop needing to eat,” he said.”

Forbes
How The Best Entrepreneurs Succeed: A Case Study
“While it is obvious that no one approach GUARANTEES entrepreneurial success, it is clear from everything we have learned so far, that there is a PROVEN path that increases your odds.”

Entrepreneur
How to Get Your Employees and Customers to Market for You
“IN the middle of 2010, Tom Sesti decided he needed to do something about the cost pressures that had been plaguing his business, Bandals. Based in Rochester, Mich., the company had introduced a product, women’s sandals with interchangeable decorative tops, soon after the economic crisis hit in 2008. Almost immediately, the five-employee company was hit with cost increases of 15 to 30 percent for manufacturing and raw materials.”

The New York Times
Strategies for Growth, Even in Down Times
“IN the middle of 2010, Tom Sesti decided he needed to do something about the cost pressures that had been plaguing his business, Bandals. Based in Rochester, Mich., the company had introduced a product, women’s sandals with interchangeable decorative tops, soon after the economic crisis hit in 2008. Almost immediately, the five-employee company was hit with cost increases of 15 to 30 percent for manufacturing and raw materials.”

The New York Times
When Banks Won’t Lend, There Are Alternatives, Though Often Expensive
“After years of a small-business credit crisis, conditions seem to have improved. But with the economy still struggling and new regulations meant to eliminate bad lending, bank loans continue to lag.”

Entrepreneur
Lean Startups Need Business Plans, Too
“I have a problem with what’s called the “lean startup.” I like to think I use it as much as I can, and even that I was using that method before it had a name and a major proponent. My problem is the way unsuspecting followers of this great new idea deal with business planning.”

Forbes
How to be a Great Manager that Employees Want to Work With
“It takes three things: strategic thinking, emotional intelligence and a passion for helping people do their best work, even in the face of diminished resources. When managers think strategically, they are able to look at bigger picture goals and determine what of the many demands on their time they will make a priority.”

Inc.
When Happiness Is Not Enough
“Perks and a great workplace are not always enough to keep employees loyal to your business. If you ever want to be able to sell your business, you need to add some ‘sticks’ to the ‘carrots’ you use to motivate employees.”

The Washington Post
Why simplicity should be at the heart of your small business marketing strategy
“I have learned over the years to teach delivery skills in progressive stages, very much in the same manner that swimming coaches teach swimming; an approach that produces an unexpected benefit for presenters in the development of their stories..”

Inc.
The Real Reason to Check References
“It’s every business owner’s worst nightmare: You hire someone who looks smart on paper and seems fine in the interview, who then turns out to be a disaster. And not just a run-of-the-mill disaster. As recent incidents in Aurora, Colorado, and New York City have shown, it’s possible for heinous acts to be committed by people who, outwardly at least, appear perfectly well adjusted.”