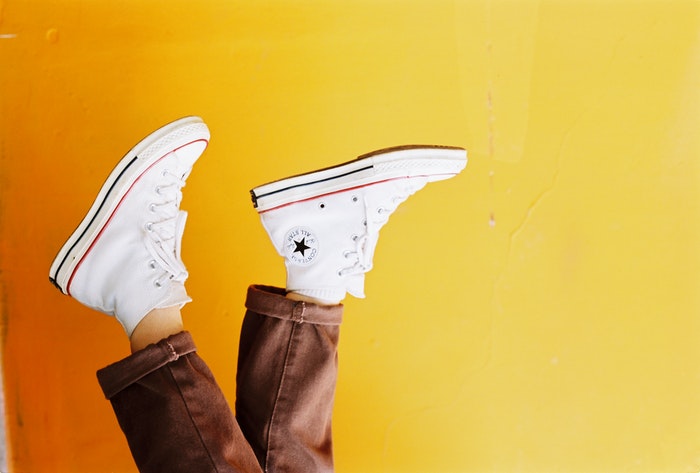 We ask for a lot of company logos.

We expect them to be the visual representation of everything our brand stands for, the recognizable “face” of our companies, to be the picture worth a thousand words every day for so long as our business persists.

So it’s really not all that surprising that logo design is one of the most difficult challenges a young brand will face.

It’s also not surprising that more established brands are reticent to change that logo once it’s been embraced.

It can also be risky territory.

Don’t believe us? Ask Gap about what happened when it moved away from that iconic navy blue box in 2010.

And then you’ve got stories like the one about JCPenney changing its logo twice in two years… only to revert to its old one in the face of collapsing company performance.

Change is hard for most companies.

But despite the cautionary tales, there are times when rebranding makes a whole world of sense.

You’ve merged with or acquired a new business

Hurrah! You’re merging with a competitor, bought out a competitor, or purchased a company that will allow you to bust into brand new markets!

That’s wonderful news! That also means it might be time for a logo redesign.

These sorts of moves often bring major changes to the scope and quality of your unique value proposition. As such, it makes sense that the brand identity of your company would change, too.

Moreover, if such moves are really a good thing, a change in the logo will be a boost to marketing your new value.

Your business is spinning off from a parent company

It started as a passion project until your boss thought it had promise.

Before you knew it, your project was suddenly profitable, and though the sky was clearly the limit, your idea was too different from the rest of the parent company’s business to stay at home.

Time to strike out on your own!

As a young twenty-something finally moving out of the family basement and starting your own business, now is the time for an image change. Nothing says, “I’m not a kid under Mommy and Daddy’s wing anymore” as a new look. And just like a merger or acquisition, you’ve got a big PR opportunity on your hands here. If you’re spinning off from a parent company, a logo redesign can be another way of broadcasting the big news.

Your business is changing directions in a big way

Now and then, a passion project winds up being way better than what its parent company was originally doing.

Not all of those folks capitalized on the opportunity to reinvent themselves with a new logo, but that doesn’t mean you should make the same mistake.

If your unique value proposition has been drastically altered, it only makes sense to make sure your image is shifting as well. Failing to do so will likely stymie your attempts to break out from preconceptions of your brand. That might be a death knell for future endeavors.

Your business is bouncing back from a crisis

Was there a scandal? A disaster? Do you have an egg on your face?

That happens now and then.

But at the risk of sounding like little Orphan Annie, the sun will come up tomorrow. When that sunshine hits your logo, will it be bloodied and bruised?

If your company is coming out on the other side of a storm, it might be worth your time to consider an update to your logo. No matter what sweeping changes have come about, your current logo will probably still bring up memories of darker days. Still, a logo redesign can serve as a visual cue that will reinforce your declarations about turning the page as an organization.

You screwed it up the first time around

It’s understandable. Starting a business is hard and stressful, and a million things are going on at once. Maybe you were sleep-deprived when you made your selection. Maybe you were short on time and made a rash decision. Maybe you needed something quick as you wrote your business plan but now realize it’s not good enough. Maybe the selection was the result of an ill-fated and agitated compromise with your partner.

Whatever the reason, your logo is just crappy.

Logos are rarely the reason a customer chooses you to do business with, but they frequently inform the rest of the designs associated with a company.

And when you consider the importance of UX design in terms of search rank and web conversions, that means a bad logo can wreak whole lotta havoc on your business.

A change can announce that your company has finally grown out of its awkward, gangly phase, and let’s be real: folks like dealing with adults.

Your brand identity is out of date

This is probably the most relatable category for the majority of folks. Innovation moves quickly. So does design.

If your logo was designed to align with a fad five years ago, it might be looking dated right about now.

That’s ok. You can fix that.

You don’t need to throw the baby out with the bathwater in this case. Pragmatically speaking, your logo might need a refresh.

That won’t necessarily be without controversy (lookin’ at you, Instagram), but especially in a world where logos are icons on mobile screens competing for the user’s attention, making sure your logo looks like it belongs in this decade is a good idea.

BONUS: Your brand is throwing a party

Events aren’t reasons to permanently change your logo, but they give you an excuse to play with it. Whether it’s a holiday or anniversary or celebration of some other happening somewhere in the world, playing with your logo can be a fun way to join in the revelry. Google does this regularly with their beloved doodles.

We’re not asking you to be Google because that would be insane. But that doesn’t mean you can’t have fun when the occasion makes sense.

If any of the above scenarios apply to you, it might be time to consider a brand makeover. When you’re ready for that new logo design, our logo designers are here to help.