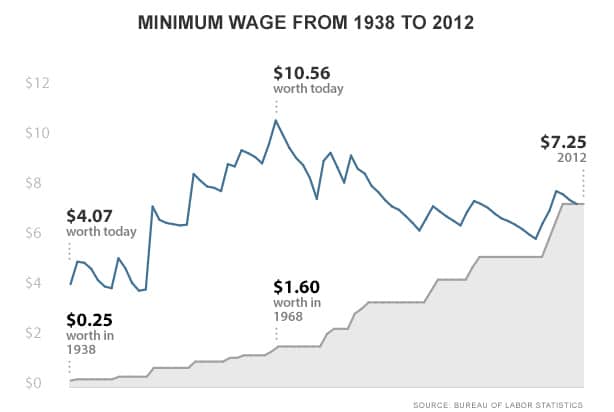 In his new book, Capital in the Twenty-First Century, Thomas Piketty argues that the gap between the wealthiest members of our society and the poorest has widened significantly over the past decade. Much of this increasing discrepancy is accounted for by the global recession that began in 2008, but much of the blame lies with the policy-makers in the world’s great capitols. For much of the past 6 years, governments responded to the rise in unemployment by instituting austerity measures that did little to reduce the effects of the recession but, it can be argued, actually made the problem worst by magnifying the reduction in demand that led to a downward spiral.

In order for an economy to remain healthy and to grow over time, demand for goods and products must be sustainable – remember small businesses are dependent on the customers who buy their products or services; when those customers no longer have the means to do so, small business suffers. And because small businesses are also customers themselves, consuming lots of products and services  offered by other businesses large and small, they too will purchase less over time, magnifying the problem and quickening the downward spiral. In other words, we are each other’s customers and when one of us can’t pay her bills, all of us suffer.

The minimum wage was established under President Roosevelt in 1938, when congress legislated that no worker should earn less than 25¢ per hour. This increased over the next three decades, such that by 1968, the federal minimum wage was up to $1.60. The last increase in the minimum wage was in 2007, when it was increased to $7.25 per hour. For three decades, policy makers used the minimum wage to slowly decrease the gap between the richest among us and the poorest, but in the past 4 decades since 1968, inflation has steadily decreased the value of the minimum wage, such that it is now worth less than it was at the end of World War 2. The chart above illustrates the gap between the “actual” minimum wage (in gray) and the inflation-adjusted value (in blue). It is this erosion that most hurts small businesses over time; if our customers (and their customers) can afford to consume less and less over time, business suffers.

Those who oppose an increase in the minimum wage argue that it will cost jobs; that small business will be forced to reduce their headcount based on the cost increase. While this may be true in certain sectors, such as the fast-food industry, the majority of small businesses already pay their workers  in excess of the minimum wage and these firms would not be impacted. Those in opposition also argue that the increased costs will be passed on to consumers and would slow demand. A  recent study by the Congressional Budget Office would refute that: this study estimates that an increase to $10.10 per hour would significantly increase the earnings of 16.5 million workers, bring 900,000 people above the poverty line, and lead to an increase in spending power. More spending power equals more customers for small business, and that means your customers, too, would have more spending power.

Even a modest raise in the minimum wage would help to shift capital to those who need it most, improve the spending power of consumers, reduce turnover among lower-wage workers, reduce overall personal debt, increase tax revenues, and reduce the hundreds of billions of dollars that the federal government spends every year on social welfare programs to benefit the working poor. All of these are factors that will help small business to grow, while reducing the inequality in our economy and in our society.