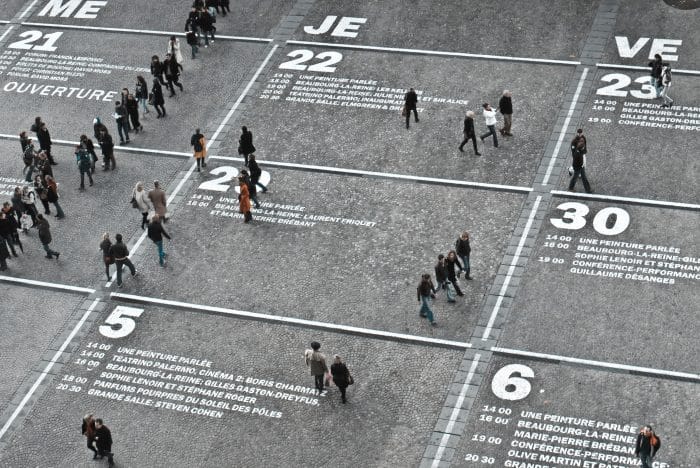 “I’ll do it tomorrow,” and variations of that excuse echo through the minds of entrepreneurs everywhere. It’s a form of procrastination that often goes undetected, delaying success and preventing us from developing productive habits.

We just started 2018 and already our inboxes, newsfeeds, and brains are flooded with resolution posts. Such posts promise us a better version of ourselves, tomorrow, ignoring what made us stuck, today.

But our ideal version of “tomorrow” rarely happens.

In fact, the most successful entrepreneurs typically look to their past when making decisions.

Stephen Guise, author of Mini Habits, explains why “tomorrow” is his productivity’s enemy:

Tomorrow is a mystery, but your habits aren’t. Tomorrow is not only a blank slate, but an unknown slate. You might wake up with a headache, an unexpected appointment, an emergency, or a really lazy mood that laughs in the face of 4 cups of coffee.

Most people who encounter a headache, appointment, emergency, or lazy mood, push tasks to the next day.

We pretend to set goals, disguised as plans, but most of these are just unproductive busy-work. Almost everyone can relate to the cycle of making to-do lists of to-do lists. In most cases, to-do lists are hurting your business.

So why do we think this concept of “tomorrow” helps us?

Why are we only focusing on the future instead of looking back?

Here are six reasons why many people habitually procrastinate, and what you can do to create better habits.

As Guise wrote, “your habits aren’t [a mystery].”

Tomorrow isn’t going to be that much different than today because you’ve already settled on how you structure your days, which you assume will be simple to change.

In reality, it’s much harder to chage your habits.

In an interview with the American Psychological Association, Joseph Ferrari, a professor of psychology at DePaul University, explains why people assume they can change quickly. Ferrari found that people glamorize tomorrow because they don’t view procrastination as a serious problem.

But let’s remember that while everyone puts off an occasional task, it is the person who does that habitually, always with plausible “excuses” that has issues to address. We don’t view procrastination as a serious problem but as a common tendency to be lazy or dawdling. But we have shown in our research it is much, much more. For those chronic procrastinators, it is not a time management issue – it is a maladaptive lifestyle.

Even worse, by postponing decisions and instead, complaining about our busy days, we set ourselves up for failure, as we wrote previously:

When we start to complain, we enter a vicious cycle of negativity. Suddenly, the world around us looks less promising and hopeful, and we begin to feel as though we cannot change our situation. The scary part is, in that moment, we’re right. We can’t change our situation when we are complaining. We are essentially wasting our time.

But not only are we wasting our time when we complain, we are literally changing the way we think and process information. According to Steve Parton, complaining triggers a very concerning brain function:

“Every time this electrical charge is triggered, the synapses grow closer together [and] decrease the distance the electrical charge has to cross. The brain is rewiring its own circuitry, physically changing itself, to make it easier and more likely that the proper synapses will share the chemical link and thus spark together — in essence, making it easier for the thought to trigger.”

Essentially, our brain automatically complains more once we create those initial connections in our synapses. This cycle acts almost like a drug, taking away our ability to think positively and to make change happen. Once we get stuck in that cycle of negativity and complaining, we get nothing done. In fact, recent scientific research from Stanford University suggests that a person exposed to 30 minutes of complaining every day physically damages their brain.

As much as some people like to let off some steam, doing so is counter-productive. Author Anthony J. D’Angelo reminds us that: “if you have time to whine and complain about something then you have the time to do something about it.”

Once you accept that your decisions tomorrow will rarely be better than the decisions you make today, you can start building habits that revolve around making decisions, rather than procrastinating.

2. You neglect the present.

While the future may seem unnerving, the present is even scarier.

“Tomorrow” is a fantastic excuse for many entrepreneurs because it’s a way to ignore the present. Since entrepreneurs are constantly taking risks, the present is another chance for disappointment.

If we ignore the present, we never confront the problem – we push it away.

When we don’t have to confront the issue, we don’t do anything, so we compensate by “planning” for tomorrow.

For example, many business owners delay taking action and make critical branding mistakes that can put them out of business (or prevent them from starting a business). Such mistakes include failing to name their new business and constantly delaying getting started, failing to invest in a professional logo design, or other branding mistakes that hold them and their businesses back, as we wrote in Five Branding Mistakes That Could Put Your Small Business Out Of Business.

Start by setting clear business goals and proceed to execute against those goals today.

3. You assume that accomplishments are instantaneous.

Our most impressive goals are not accomplished in one day.

Productivity experts remind us that Rome wasn’t built in a day, but few of us internalize this popular story.

Unfortunately, very few companies boomed overnight. Many of those that did have since folded.

Research on entrepreneurs and their startups backs this up: only 1/10,000 companies started will be valued at $1 billion or more.

The odds of an overnight success are even lower. So we don’t just need “tomorrow” to make our goals happen, we need today too. For more on this, read 7 Habits of Highly Effective and Successful Entrepreneurs.

Nobody likes the “too busy” person. The one who never has time for anything, always saying they’ll do it tomorrow only to never actually do what they promised.

This excuse is just another way to word the “tomorrow” excuse because it assumes that you’ll be less busy to do the task in the future.

It’s also a humble-brag, a sneaky way that people brag about their success to others while simultaneously complaining about it.

I really want to clear my life to make it so that I have to make as few decisions as possible about anything except how to best serve this community … I’m in this really lucky position, where I get to wake up every day and help serve more than a billion people. And I feel like I’m not doing my job if I spend any of my energy on things that are silly or frivolous about my life.

In fact, creating an atmosphere where you’re “busy” but not very productive is dangerous because it will lead you to make bad decisions, as we discussed on our article The Science of Bad Decisions and How You Can Avoid Making Them.

5. You prioritize the wrong tasks.

Paul Graham, co-founder of Y Combinator, argues that procrastination is unavoidable. He says it’s the type of procrastination that sets successful people apart. According to Graham, the excuse of “tomorrow” is bad procrastination because it deflects and allows errands to interrupt our lives.

Instead, Graham says that successful entrepreneurs practice good procrastination by ignoring interruptions and making sure that tasks are ordered by importance.

For example, important tasks get done today and the small ones, like doing laundry, get pushed to tomorrow. Since tasks like laundry must happen at some point, there’s a smaller risk of failing to meet goals.

We wrote about this in an earlier article about the science of bad decisions:

Properly ordering important decisions first also helps because important decisions tend to be more emotional. Dr. Antonio Damasio, a neuroscientist and professor at USC and the Salk Institute, in his book, Descarte’s Error, suggests that we make decisions not only based on fact and logic, but on stored emotional memories that remain covert. We can tolerate a certain level of emotion throughout the day, but when our emotional response is amplified, this has a negative impact on our decision-making.

Be careful, however, if you take too long to make decisions, especially early in the day, this may impact your confidence. Dr. Roozbeh Kiani, an assistant professor in NYU’s Center for Neural Science found that “additional time is useful only if it adds to the overall evidence that is used for the decision.”

Richard Hamming, the author of  You and Your Research, offers 3 questions to ask before prioritizing tasks.

1. What are the most important problems in your field?

2. Are you working on one of them?

Entrepreneurs by definition are risk-takers.

Entrepreneurs prone to procrastination believe that anything can lead to failure. This paralyzes vital skills like decision making and critical thinking.

The truth is that anything can lead to failure. Yet, failure is rarely permanent.

We become entrepreneurs because we aren’t interested in a more stable career trajectory.

We have a vision of the future but when we let fear overtake us, our vision can quickly become cloudy and we start procrastinating.

How many would-be entrepreneurs do you know who constantly talk about their idea but never get started?

Whatever your “tomorrow” excuse is, it’s important enough for you to do today.

Once you realize that you are your biggest competitor, you are much more equipped to change your bad habits.