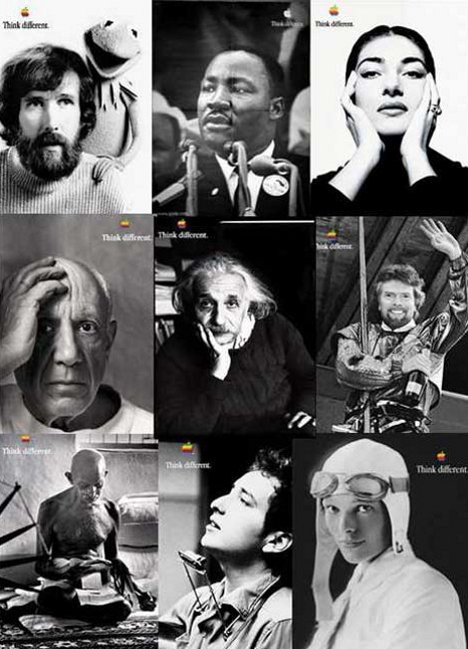 Today, nearly everything that Apple touches turns to gold. But this wasn’t always true. From the mid 1980s to the mid 1990s, Apple was a niche company with many product failures and a poorly defined vision.

The transformation that turned Apple from a niche player into an industry giant started when Steve Jobs returned to Apple in 1997. That transformation offers an important lesson for startups about marketing and branding.

Speaking in 1997 about Apple’s Think Different campaign (released the same day as the speech), Steve Jobs eloquently and passionately explained the difficulty of marketing when you’re competing for attention with so many other brands:

Marketing is about values. This is a very complicated world; it’s a very noisy world. And we’re not going to get a chance to get people to remember much about us. And so we have to be really clear about what we want them to know about us.

This is a very important lesson for entrepreneurs and startups. It’s even more important today because social media creates opportunities for companies to engage customers, but also adds a tremendous amount of noise to an already noisy marketplace.

There are many ways to seize opportunities to tell your prospective customers what you want them to know about you. Some leverage an effective tagline. Others present products as stories. Yet others study and leverage social currency. Many different approaches work for different companies.

Apple’s Think Different campaign (which ran from 1997 to 2002) focused on the brand and not on specific products.

Here’s to the crazy ones. The misfits. The rebels. The troublemakers. The round pegs in the square holes. The ones who see things differently. They’re not fond of rules. And they have no respect for the status quo. You can quote them, disagree with them, glorify or vilify them. About the only thing you can’t do is ignore them. Because they change things. They push the human race forward. And while some may see them as the crazy ones, we see genius. Because the people who are crazy enough to think they can change the world, are the ones who do.

Here’s Steve Jobs speech – from 1997 – introducing Apple’s Think Different campaign (the original Think Different ad is at the end of this video). It’s a short video and offers valuable insight about how Apple began to transform its image and brand.

Apple benefited from an enormous marketing budget. How can startups, with limited marketing budgets, tell their stories and reach their customers in an increasingly noisy world?