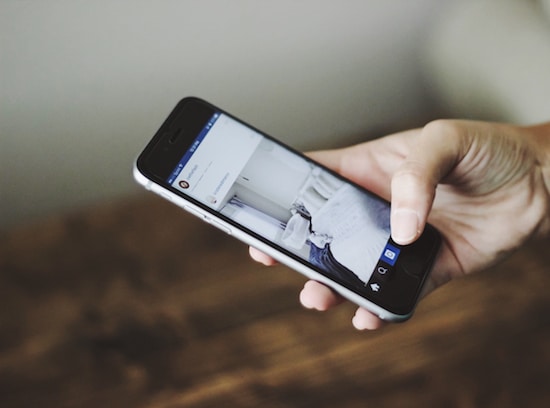 Contracting a celebrity or a big-time industry figure to advertise your product or service is often difficult and nearly always, expensive. As a result, few small businesses or startups can afford to leverage influencers.

Yet influencer marketing continues to be an effective marketing tactic. We’ve even written previously about how small businesses can benefit from influencers in How Influencer Marketing Can Pay Off for Small Businesses in 2017. In fact, research shows that 70% of consumers would rather learn about a brand from content than from traditional advertising.

Given the high cost, how can startups and small businesses actually leverage this marketing strategy?

The solution is to use micro-influencers. Unlike big-time influencers who have thousands or even millions of followers, micro-influencers have a couple hundred to a few thousand followers. They are often less popular, less well-known, more niche, but still highly relevant to their respective audiences.

Micro-influencers give smaller businesses an advantage by allowing the businesses to target smaller, more unique audiences.

According to Digiday, the best follower range for maximum engagement is between 10,000 – 100,000 followers. Fergus Thomas, the co-founder of Irban Group, adds that these micro-influencers are not only more effective but feel more authentic:

With the same amount of budget, brands can collaborate with 20 or 40 ‘power middle influencers’ to reach different demographics and see better engagement, compared to one or two celebrities.

1. Figure out what you specifically need from micro-influencers

Maybe you need a sponsored post or a social media “takeover”. Perhaps you need a video or a review. Either way, it’s important to understand what kind of tasks you need the influencer to do. This will help you target micro-influencers and communicate with them. By knowing your path upfront, you prepare yourself to direct a micro-influencer and make the most for your money. For more information, check out this ebook from TapInfluence: 8 Things Influencers Can Do For Your Brand.

2. Know where to find micro-influencers

Finding micro-influencers can be tricky because they aren’t necessarily the most recognized faces in your industry.

Many companies find good micro-influencers by looking through their followers and who they are following or talking about. When there is overlap with the connections/branding and a big enough group of followers, you might have found a micro-influencer. Additionally, you can use hashtags, location, or social media groups to find micro-influencers.

To get started, take a look at your social media channels. For even more insight on finding micro-influencers, read Who Are Micro-Influencers & How to Find Them.

3. Reach out to micro-influencers

If you’re ready to start an influencer campaign, you’ve already identified what you need the influencers to post. Naturally, the next step would be to reach out to them via a comment, tweet, email, or direct message and propose your idea. Before doing that, it’s important to prime the influencer and make them feel valued. Show that you appreciate their content with likes, follows, comments, etc. This is a slow way of building up a relationship and makes it more likely that the micro-influencer will agree to the job. Once you do this, you can propose what you’d like the influencer to do and your compensation for the job.

It’s always important to stay in touch with a new contact, but it’s especially important with micro-influencers. This is because the micro-influencer could eventually become a great partner or sponsor and is likely to be willing to do even more in the future. When you are competing with fewer brands, you have a better chance at maintaining a strong business relationship. Plus, they’re not (yet) a big celebrity and they likely appreciate the personal attention.

Share their content every once in awhile (when it’s relevant to your audience), send them a thank you, or simply keep them updated on your company. If the micro-influencer knows that you are continuously invested, they will be more likely to work with you in the future or recommend your business.

As social media becomes more prevalent in our everyday lives, it’s important to find what works for our companies and how we can adapt big trends to small budgets. What are some of your experiences of working with micro-influencers?