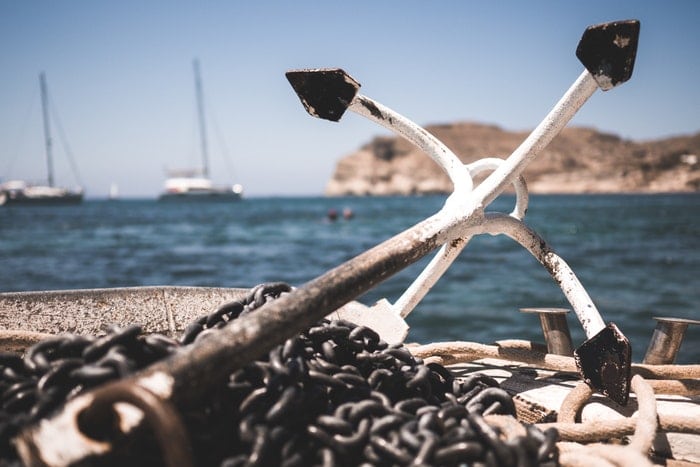 Marketers, entrepreneurs, and business owners assume that most people make decisions by conducting research and then weighing the options.

But, that’s not how most people make decisions.

People frequently act illogically, making their behavior difficult to predict. And, they rarely take the time to learn the full facts before taking action.

Instead, people tend to unconsciously latch onto the first fact they hear, basing their decision-making on that fact… whether it’s accurate or not.

This phenomenon is called anchoring. Anchoring is one of the most fundamental principles of marketing psychology.

Why should you care that anchoring affects people’s decision-making?

The anchoring effect can work for you or against you. It’s one of the most important effects in cognitive psychology.

Before diving into ways that the anchoring effect can help or hurt your business, let’s look at how it works.

In 1974, psychologists Amos Tversky and Daniel Kahneman published a research article titled “Judgment under Uncertainty: Heuristics and Biases.” This article documented the first clinical evidence of the anchoring effect. 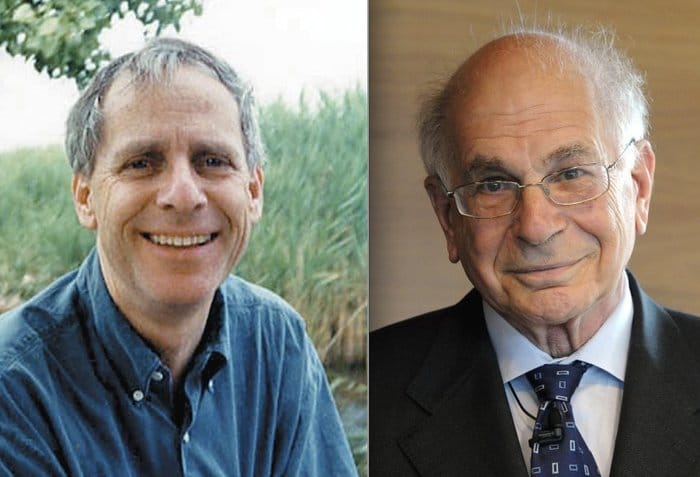 In the article, Kahneman and Tversky describe an anchoring bias experiment that challenged two groups of high school students to complete a lengthy multiplication problem.

The answers to the two problems are, of course, the same. The problems are identical – the numbers are just reversed. But the experiment was never really about math.

Neither group was given sufficient time to solve the problem and arrive at a confident answer – only 5 seconds! The tight timeline forced them to estimate.

The group of students who solved the first problem (1 x 2…etc.) estimated that the solution to the problem would be significantly lower than the group that solved the second problem (8 x 7…etc.).

Tversky and Kahneman concluded that the final estimates (on average 512 and 2250, respectively) were influenced by the numbers with which the two sequences began.

The anchoring effect led the students whose problem started with lower numbers to estimate lower. While the students who solved the problem in reverse anchored to the higher numbers, resulting in a higher estimate.

Both groups were wildly off in their answers. The solution to both problems is 40,320.

The takeaway here is that each group was unduly affected by the first numbers they saw.

Kahneman, in a video interview with Inc. magazine, claims that the anchoring effect routinely happens “everywhere” and calls it “one of the most robust phenomena in cognitive psychology.”

The implications of the anchoring effect for businesses cannot be denied.

So let’s take a deeper look at how you can take advantage of the anchoring effect to price your company’s products or services, negotiate more effectively, market better, and make better business decisions.

The anchoring effect in branding and design

First impressions matter, especially when it comes to your brand identity.

For example, when it comes to website design, if you don’t help people understand in a few seconds how you can solve their problem, they’ll leave your site.

First impressions are quick. A Google study showed that they can be made in 17 milliseconds!

When a prospective customer first learns about your brand, they hear your company’s name or see your logo.

First impressions matter when it comes to your company’s name and your logo. After all, it’s impossible to anchor and create an advantage if your prospective customer can’t remember or spell the name of your business.

The same holds true for your logo. Far too many struggling businesses created their logo from a generic template or an online template logo maker.

The problem is that thousands or tens of thousands of other businesses have identical or similar logos.

It’s impossible for a brand to use the anchoring effect to its advantage when a consumer can’t recognize the brand!

So, how can you apply the anchoring effect to create a stronger brand and make sure that design works for your business and doesn’t undermine your marketing?

How to use the anchoring effect to improve branding and design

The anchoring effect in pricing products or services

Anchoring has a deep impact on a person’s perception of value – which makes it an essential tool when considering a pricing strategy for your business.

A price without a value attached to it is a number with no power.

The value you assign to a price gives it meaning and helps consumers decide if they are willing to pay it.

Think of it this way: you walk into a convenience store on a hot summer day hankering for a fountain soda. The sign says you can get a 20 oz Coke for $1.79 or a 32oz Coke for $1.99. For a measly 20 cents, you can get almost twice as much Coke!

Having anchored that a 20 oz Coke is worth $1.79, that 32 oz for $1.99 suddenly seems like an awesome deal! It doesn’t matter that both are overpriced.

So, how can you apply the anchoring effect to how you price products or services for your business? Here are a few options to consider…

How to use the anchoring effect to price products and services

The anchoring effect in negotiations

The anchoring effect plays a role in every negotiation.

The bottom line is that the person who makes the first offer sets the anchor.

And, whoever sets the anchor helps determine the range of the negotiations.

So if you put your offer on the table first, the odds are in your favor that you’ll end the negotiation in a place that you’re comfortable with.

But, if you’ve already missed your opportunity to go first and set the anchor, there is a way that you can reset the playing field.

Daniel Kahneman revealed in this interview with  Inc. Magazine that the best way to defend against being controlled by an anchor in a negotiation is to utterly refute and discredit the number proposed.

Assertively denying the credibility of the proposed number helps to wipe it from your own mind and the mind of the opposing party. At that point, you can then propose a new anchor to reset the terms of the negotiation in your favor.

Whatever you’re negotiating, you stand to benefit if you remember the anchoring effect.

How to use the anchoring effect to negotiate better

The anchoring effect in marketing

Today’s marketing is ruled by data and metrics.

How do you determine if your efforts are a success? Metrics.

But, choosing the right metrics to measure can mean the difference between success and failure.

And, anchoring doesn’t only impact numbers. The anchoring effect can manipulate how you perceive and value concepts as well.

The anchoring bias in marketing can easily mislead you.

So, when planning your marketing strategy, and how to measure it, keep the anchoring effect in mind.

The Internet of Things will collect and transmit unprecedented amounts of data. This poses a big problem for marketers, who can end up down a rabbit hole of fruitless information.

The anchoring effect may lead you to latch onto pseudo-useful metrics because they were the first to appear on your radar. But, don’t get stuck there.

Don’t just aim for low-hanging fruit (data) that’s easy to collect and right in front of you. Instead, be mindful and carefully consider each option to be sure you’re making strong choices.

How to use the anchoring effect to market better

Careful consideration allows you to escape the pull of the anchor. Ask these questions to ensure that your chosen metrics have value…

The anchoring effect in your business

People naturally anchor to concepts – so much so that we often don’t question why we do things.

This sets us up for living with decisions that don’t serve us well because we haven’t taken the time to examine why we made them in the first place.

And, when the decisions you make cost your business money, anchoring on the wrong options may drain your financial resources like a silent vampire.

From the paper supplier you use to your internet provider, it’s worth examining your choices on a regular basis. What are your costs for doing business? And, can they be optimized?

Settling for more of the same just because you don’t have to think about it may cost you in the long run.

How to use the anchoring effect to make better business decisions

As humans, we’re all prone to cognitive biases that impact our decision-making.

It just comes with the territory.

However,  by being mindful of these cognitive biases, we can begin to avoid their traps and make better choices.

The anchoring effect is everywhere.

It can work either for you or against you.