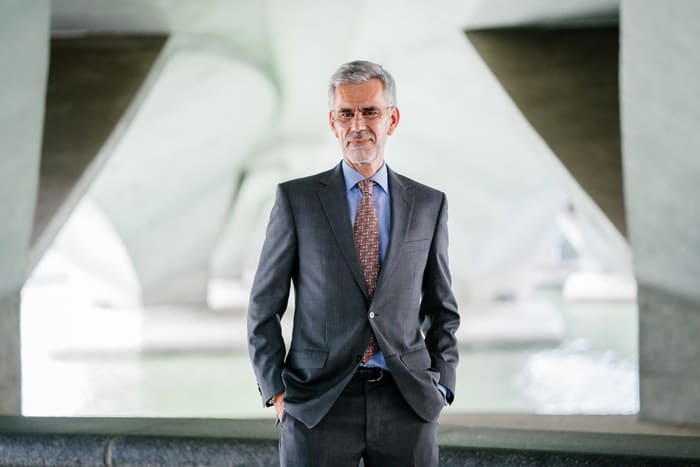 The human brain is hardwired to make generalizations.

Generalizations allow us to process the truly colossal amounts of input our brains encounter every day. They’re necessary for us to function and not be overwhelmed by data.

Generalizations also help by creating shortcuts in our brains.

Unfortunately, those shortcuts are a double-edged sword.

They allow us to move through the world and quickly assess a situation. But, they also lead to unconscious biases that impact our interactions with others.

Whether we’re talking to the guy in the drive-thru window, calling our sainted mothers, or chatting with our co-workers, unconscious bias influences the way we perceive everyone.

Unconscious bias happens outside of our control. It happens automatically when our brain makes a quick judgment. The HR team at Advanced Systems, a workforce management provider, explains that biases are:

…automatic and unconscious ways our brains try to help us. We cannot notice, remember, and value everything. These are not bad things only bad people do. But bias is a problem.

Good managers can’t afford to allow their biases to impact the way they perceive their teams. This is especially true when making hiring decisions, during annual performance reviews or when making recommendations for promotions.

With so much at stake, you owe it to the other people you work with to see clearly and make appraisals based in reality.

In fact, the ability to ground your decisions in facts, not speculation, is one of the most powerful traits of great leaders.

So, let’s take a look at the most common types of leadership and management bias and ways to overcome bias in the workplace.

This bias is rooted in the classic “US vs THEM” dichotomy.

Similarity bias states that we like people who are similar to us. Birds of a feather flock together, right?

And, we tend to treat people we like well.

The danger here is that managers influenced by the similarity bias may mistreat people who are different from them. These perceived differences could be based on age, race, sexual orientation, gender or personality.

As I’m sure you know, biases against people of different races, genders, sexual orientations or ages are considered discriminatory.  And whether you truly harbor negative feelings for these groups, or just subconsciously prefer people who are similar to you, the results are the same.

Make the effort to find similarities with all of your co-workers. While you will always be naturally drawn to people who are clearly most similar to you, there are universal human traits that connect us all. Taking the time to get to know your employees and find common ground will humanize them and help level the playing field.

Most people have friends at work. These friends are our in-group.

We tend to think highly of the people we befriend. After all – they’re our friends.

But, if we’re not careful, we may make decisions that benefit our friends based on an over-inflated assessment of their abilities or simply out of the desire to help them get ahead.

In-group bias doesn’t stop with helping your friends. It can also actively manifest through behaviors that hinder your out-group. The Advanced Systems HR team points out:

The out-group is managed with more command and control, which reinforces the label by limiting their ability and motivation to grow and perform. No matter how well-intentioned the extra support and supervision, lack of confidence and appreciation lowers employee engagement, performance, and retention.

Consciously identify the members of your in-group and out-group to raise your awareness of this issue. Then, take steps to avoid acting on positive or negative bias:

Some biases are based on timing. Here are three examples of timing-related biases that may impact your relationships with co-workers.

First impressions are powerful. They’re tied to a known psychological effect called anchoring in which people:

…unconsciously latch onto the first fact they hear, basing their decision-making on that fact… whether it’s accurate or not.

This is true when you’re negotiating a salary, buying a new car, seeing a business name or business logo for the first time, or appraising your coworkers.

A first impression cannot possibly encompass the totality of an employee’s work performance or capabilities. Humans are not static; rather they are constantly growing and evolving – for good or bad.

Spill-over bias occurs when a manager’s opinion of an employee is too heavily influenced by events that happened in the past.

If an employee had a stellar first year and then let their performance slide, and you’re still fixated on their earlier performance – that’s spill-over bias.

Likewise, maybe an employee was a class clown during their training, but pulled it together and delivered awesome results once their training was complete. If you can’t get past the idea of that employee as a sass-talking joker, then spill-over bias is at play.

When managers are unduly influenced by a co-worker’s most recent actions, they are suffering from recency bias.

Let’s say an employee is going through a troubled time at home and their work has suffered for a few weeks. A manager influenced by recency bias might overlook that employee’s positive contributions and strong performance earlier in the year.

An employee should be judged on the entirety of their work performance. It’s not fair or accurate to judge an employee’s overall performance only on first impression, or a portion of their working timeline.

Make sure to consistently touch base with your employees and record your impressions as you go. This running record of performance will provide a more accurate view when annual assessment time draws near. It’s also a good idea to perform reviews more frequently than once a year. Building closer relationships and assessing employees more frequently will help to sidestep timing biases and lead to stronger empl0yee performance.

Ask ten people the same question and you’re likely to get ten different answers.  This is because people are formed by their life experiences and we all walk a unique path.

Expedience bias occurs when managers think that just because it’s the most obvious answer to them, that it must be true.

This bias is particularly compelling when a manager doesn’t want (or have the time) to dig deeper.

Relying on what seems to be obvious is quick and easy. However, as Beth Jones, Khalil Smith and David Rock of Harvard Business Review point out:

Expedience bias tilts us toward answers that seem obvious, often at the expense of answers that might be more relevant or useful.

Imagine if a support representative were judged by how many calls she took per day. If you heard that on average she only spoke with 12 clients per day, you might assume she was lazy or inept. That’s the “expedient” answer.

But, what if you learned that each of those clients were high-value spenders and had been planning to take their business elsewhere? And, that 80% of her clients stayed with your business as a result of her efforts?

It’s important to look beyond what seems obvious to make sure that you understand the whole picture.

The Harvard Business Review team also recommends setting pre-determined goals with your reports on which their performance can be assessed.

Have you ever said, “I bet today is going to be an awful day,” and then turned out to be right?

There’s a good chance that this was confirmation bias at work.

Confirmation bias occurs when people focus primarily on the data that confirms their initial hypothesis.

This bias can be a sort of secondary bias that piggy-backs along with other biases.

For instance, Joel’s car broke down and he arrived late on his first day of work. Joel’s manager Kim remembers this and carries a negative first impression bias against Joel that never really goes away. She mentally tracks every time Joel arrives late. These occasional infractions confirm her opinion of Joel as a late person.

Confirmation bias is seductively powerful. We all want to be right. This bias simply involves looking for the evidence that you’re right while ignoring the evidence to the contrary.

Learn to be your own “devil’s advocate.” Ask yourself if your argument is really as air-tight as you think it is. Review the opposing evidence with an open mind. And, seek out alternative perspectives from other people who know the employee or topic at hand. Most importantly, be willing to learn that you were wrong (if that turns out to be the case).

Emotional intelligence is key to overcoming all types of management bias.

If you don’t want to be a biased manager anymore, focus on improving your emotional intelligence.

As we mentioned in a prior article,

Emotional intelligence (sometimes also called EI or EQ) is the ability to identify and regulate your own feelings, and the feelings of people around you.

And, the cornerstone of emotional intelligence is self-awareness. That’s the ability to accurately identify what you’re feeling and appraise your own motivations and behavior.

This higher-level awareness of your own emotions, motivations, and perceptions is essential to rising above the influence of your unconscious biases. As we previously explained:

You can modify your behavior for the better if you can identify your own bad habits and catch yourself when you’re doing them. So, in addition to creating the foundation for EQ, self-awareness is also the foundation for self-improvement.

The ultimate remedy to all types of bias is self-awareness. Bill George, the author of Finding Your True North,  offers three great techniques for improving your self-awareness. Check them out here.