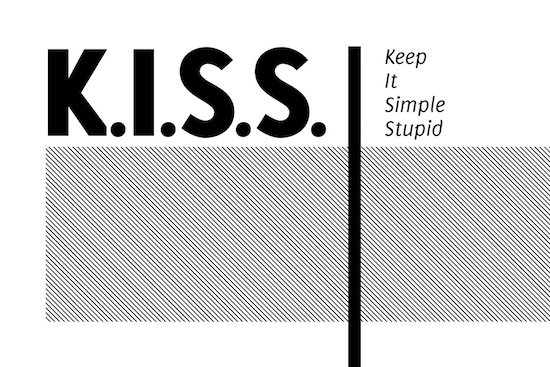 Simplicity isn’t always affordable. Simple logos are harder to execute than they appear.

That’s why many business owners worry that the cost of logo design can be prohibitively high. But this isn’t universally true (crowdspring’s custom logo design projects start at just $299, including all fees).

Here are four examples of brand identities that are instantly recognizable, easily interpretable, and that have withstood the test of time.

The original Apple logo showed Isaac Newton under the apple tree. Apple then moved to the rainbow apple logo (1976-1998).

A monochrome version has been used since 1998 (the silver logo was introduced in 2003). Rob Janoff, the graphic designer who created Apple’s original rainbow-striped logo, apparently had created a version similar to the current logo – back in 1976. Still, Steve Jobs picked the striped version instead.

Notice the smaller second “i” in the Families logo. Neither has frills, shadows, color, or reflection of passing trends. Both are very powerful and meaningful.

The Amazon logo is straightforward and clean (the above design is the version of the logo used from 2000 – for a pictorial history of the Amazon logo, click here).

The arrow, from “a” to “z” is clever – it suggests you can find anything you need at amazon.com. It is clever in another way – it represents a smile that customers would experience by shopping with Amazon.

The IBM logo was designed by Paul Rand, who created numerous logos for well-known companies, including ABC and UPS. According to IBM, the horizontal stripes represent “speed and dynamism.” Notice that there are 8 stripes (8 bits?).