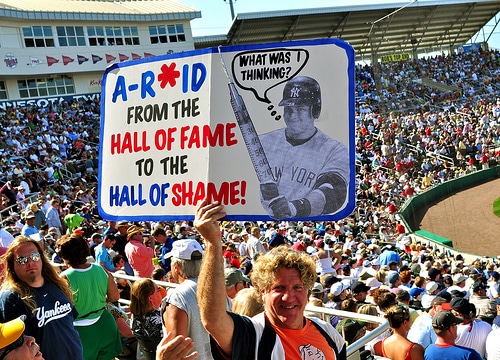 In the universe of lean marketing tactics, best practice always includes a healthy mix of public relations efforts. Small businesses and startups can often leverage PR to great effect and it is typically one of the most cost-effective ways to generate positive word-of-mouth, build awareness, and grow a nascent brand.

But PR in the wrong hands can also be incredibly damaging; a poorly trained individual trying to wield a sophisticated weapon can often result in unintended casualties and messy collateral damage. The sad thing is that so many of the mistakes that are made can so easily be avoided in the first place or turned around if a slip-up should occur. There are three simple rules that, if followed, can help a small business or an individual steer clear of stupid mistakes. What, you ask, are there three rules? Here ya go: Honesty, Honesty, Honesty.

The list of companies, politicians, celebrities, and athletes that fall victim to PR errors is long and getting longer. In the past couple decades we have seen the fall from grace, either temporary or permanent, of some of our most celebrated citizens. Individuals from Bill Clinton, to Lance Armstrong, to Michael Richards have fallen victim to mistakes that they did not have to make. The current poster-child for the school of “what-not-to-do” would be one Alex Rodriguez, he of baseball fame, whose clumsy protestations about his use (or not) of banned substances has taken him to the verge of a lifetime ban from his chosen profession.

A-Rod is surely one of the most accomplished players in the history of the sport of baseball: winner of multiple MVP awards, World Series appearances and wins, and holder of .300+ batting seasons, the guy should be a shoo-in for the Hall of Fame in Cooperstown, NY. That is until he found himself embroiled in controversy over alleged use of various substances deemed a major no-no in Major League Baseball. For much the past 10 years Mr. Rodriguez has found himself on the less-than-flattering end of media stories; everything from his marriage, to his relationships with teammates, to his on-field antics have been the subject of national coverage, typically in a negative light. When a public figure behaves poorly, there is little that can be done to dissuade the media from writing about it, but that doesn’t mean that an individual (or a business for that matter) can not find redemption through transparency, through honesty, and through a strategic approach to public relations. A great example of this is President Clinton, who messed up badly, and compounded the mess by twisting the meaning of words and working hard to cloud the facts that became very clear in spit of his actions. But Clinton proceeded top spend the next decade of his life communicating his values, performing good works, and rehabilitating his public image and today he is a beloved figure in American (and global) life.

Rodriguez, on the other hand, has misstepped at virtually every opportunity, and missed multiple chances to build a positive image for himself. For instance, in 2002 when the Texas Rangers announced his 10-year $250 million contract Rodriguez chose hubris over humility and continued to trash other players, most notably his “friend” Derek Jeter. And after a 2003 deal that would have sent him to play with the Red Sox fell through Rodriguez got petty, picking fights with Boston players and engaging in questionable on-field plays that would end with his team on the losing end.

As more and more negative news unfolded around A-Rod his choices always seems to be poor ones. Whether being photographed in public with other women as his marriage unraveled, to denying charges leveled against him on the substances and steroid front, the man seems to have a knack for always saying the wrong thing.

What are the lessons to be learned for those of us who would like to receive only the best publicity? First, when bad news comes your way confront it honestly and with transparency; had Bill Clinton simply fessed up to his affair, admitted he was as flawed as the next human, and asked for some small amount privacy to work through his mistakes within his own family the public would have responded sympathetically and given him that space. Second, be prepared to make amends and admit mistakes; Lance Armstrong has chosen this path and although it will have huge costs to him personally. professionally, and financially the public response is so far positive. Third, offset your mistakes with better behavior; if A-Rod, instead of acting entitled, had responded to that $250 million pay day by promoting his personal foundation and the good works it would do, he could have won fans to his side, but instead found many shaking their heads at his arrogance and ego..

The final lesson for A-Rod? Stop trying to do your own PR – hire a great professional and take their advice. Listen to the experts and much pain can be avoided!