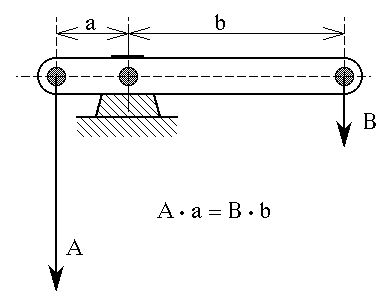 In 2010 the co-Founders of Burbn, a check-in app for mobile phones built on HTML5, raised $500,00o in seed funding for a service that was designed for quick mobile sharing between users. The co-Founders had labored for over a year on their app but it was not gaining traction and they were unhappy with its functionality and performance. After a year of work, they started over from scratch. Well almost from scratch. They refocused the business and the new version of the app to focus exclusively on photos. Specifically the sharing of photos between users in a new kind of social network. The result? A little company called Instagram, which was acquired by Facebook 19 months later for around $1 billion.

This is a great example of a startup pivot. In his book, The Lean Startup: How Today’s Entrepreneurs Use Continuous Innovation to Create Radically Successful Businesses, Eric Riess defines the pivot as a “structured course correction designed to test a new fundamental hypothesis about the product, strategy, and engine of growth.”

Many small businesses launch based on a theory of how their product will interact in the market, who and who their customers are and where they will be found, and a revenue model that they believe will work. But at the end of the day a theory is just that and many startups find that they have been built and launched based on an idea that was flawed, often fatally so.  The way out for many of these businesses is to evolve – sometimes gradually and sometimes radically. And the structure of business evolution is built on three pillars: hypothesize, experiment, adjust. The idea is to use the information and data you have gathered thus far, leverage the assets you have, develop a new theory about your product, your customer, and your market and get to work devising and launching a test or tests to determine whether your new theory holds water. The results of your testing will allow you to adjust the new theory, test again, or throw the entire thing out and come up with a brand new theory to test. This iterative cycle is at the heart of the lean approach to business and the pivot is one aspect of it.

This is different from the incremental experimentation that we have written about  in the past. The pivot is a ground-up, complete revamping of a business model. The pivot needs to occur when a founder or manager comes to the realization that, in spite of best intentions and efforts, the business is simply not working and will fail in the absence of a major change. But how does a manager decide whether it is time to pivot or time to persist? How does a manager know whether incremental change is the best strategy or if a wholesale remodeling is in order? The short answer may lie in a question: ask yourself if enough people like your business, use your product, invest in your idea, or agree to come work for you. If the answer to these questions  is yes, then the incremental adjustment is probably the way forward. If the answer is no, then a full-on, unadulterated pivot may be the only move left.

If you have already tried all of the smaller things you can do to make adjustments (we changed how we do our  pricing, we tweaked the product’s  design, we tried different marketing strategies) and none have been successful in turning things around it may be time to look at the pivot. But a very basic and  rational examination of your business may be needed to approach the question of whether it is time  for drastic action. Bernard Moon recently described a clean approach in a recent guest post on VentureBeat. Moon lists four questions to ask about your company; if the answer to these questions is yes, it may be time to pivot: 1) Are you constantly educating your market? 2) Do your users like your product? 3) Are investors buying the idea? and 4) Are you trying to be everything to everybody?

*And they may buy more from you.