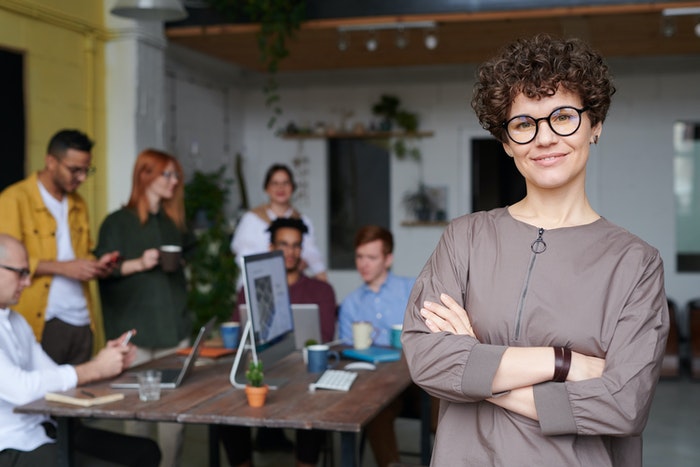 In fact, it’s the complete opposite.

Being good at everything isn’t just impossible. It’s unhealthy.

When people think that they can do it all, they fail to delegate or trust others- both of which are important skills for great leaders to practice.

Nobody can build a great business alone.

The best leaders recognize and work around their own weaknesses.

This isn’t just a theory – research supports this conclusion.

Weaknesses and strengths work better together

In a study from Harvard Business Review, researchers found that combining skills (often a weakness with a strength) resulted in much more effective leadership. The study looked at several attributes of great leaders, including focusing on results and building relationships.

To learn more about what your strengths and weaknesses might be, check out What Kind of Leader Are You? 7 Business Leadership Styles and How to Become a Better Leader.

The HBR study we mentioned above proved the effectiveness of what psychologists call the “interaction effect,” or the improvement that results from the combination of two variables.

While many business experts may argue that these variables stem from strengths, others argue that combining strengths with weaknesses truly improves leadership.

Often, revealing and recognizing a weakness grounds leaders, in reality, and connects them even more to their customers and employees. Dennis Yang, CEO of Udemy, reiterates the importance of breaking down the “strong leader” facade:

If leaders project nothing but confidence — even when everyone knows things aren’t going well — those leaders will lose credibility and mute voices of dissent. So I don’t sweat it too much when I’m feeling less than completely self-assured. It is a good reminder that we’re all part of a group effort, makes me more approachable, and opens the door for others to contribute.

When leaders seem exceptional and strong all of the time and become less believable, they aren’t truly leading their teams. A leader sets an example and sets a standard, but a leader also encourages and works alongside their team.

If there is seemingly nothing for a leader to work on personally, they cannot expect their team to work on their weaknesses. In fact, a lack of understanding or relatability is one of the most toxic traits a leader can exhibit.

Read more about these toxic traits in 4 Toxic Behaviors All Successful Leaders Avoid.

But a great leader isn’t satisfied with the status quo.

People improve and grow by becoming better through personal (and team) growth. Yet personal growth is impossible without recognizing weakness. Ken Blanchard, the author of Great Leaders Grow: Becoming a Leader for Life, says that leaders who fail to recognize their own weaknesses fail to become great leaders:

The biggest obstacle that stalls leaders’ growth is the human ego. When leaders start to think they know it all, they stop growing. Growing for leaders is like oxygen to a deep sea diver. Without learning and growing, leaders die in terms of their effectiveness.

Without weaknesses, leaders risk being arrogant, conceited, detached, frustrated, and completely clueless because they are disconnected from their teams. With weaknesses, leaders are better equipped to delegate, trust others, and expand their networks.

When leaders are forced to depend on others to fill in the gaps, they learn how to focus their own time better and nurture their team’s strengths.

Having weaknesses doesn’t define a leader as weak; it characterizes a multi-dimensional leader.

Weaknesses also don’t automatically allow leaders to make excuses. They actually force leaders to come up with solutions to fill in their leadership gaps. Without recognizing weaknesses, these gaps are left untouched.

Overall, the real significance behind recognizing weakness as a leader is to create more strengths. It’s not that weaknesses are a good thing to have, though all great leaders have them. The importance is that recognizing a weakness is the first step to creating a new strength or developing a new leadership style.

For more ideas on how to grow as a leader, check out 7 Habits of Highly Effective and Successful Entrepreneurs.

If a leader doesn’t grow, then a company rarely grows.

Weaknesses force us to create new solutions, embrace others, and be more positive in our businesses.