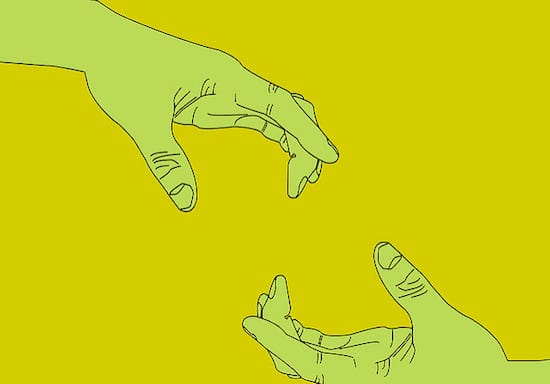 As entrepreneurs and business owners, we make many important decisions: we set our company’s culture and strategy, we create our own professional networks, we decide how we want to spend our time and how to prioritize the things we do.

One of the most important decisions we make daily is whether to help someone else. Personally, I know that even though my focus is mostly dedicated to myself and the projects I lead or am involved in, there is a part of me that can’t resist helping another person. While this may take time away from my work, that doesn’t make it a bad thing. When I help someone else, they are more likely to return the favor.

In the world of entrepreneurship and startups, this is crucial. Ryan Freitas, co-founder of About.me and Director of Design at Uber agrees, “Your reputation is more important than your paycheck, and your integrity is worth more than your career.” Freitas reminds us that even though favors may not pay off instantaneously, they can be well worth it in the end.

But, there are days and weeks when it seems everyone wants to “pick your brain” or asks for a favor. Sure, you can drop everything you’re doing and help everyone who asks, but would that be practical? Could you successfully run your business and invest substantial time on coffee meetings and lunches to help others?

There is no rule that you must repay a favor or give a favor right away, so why can’t we internalize this and be smarter about choosing when we grant favors or let others “pick our brains”?

Practically speaking, there is no easy way to internalize this thought – even though we are all aware of it. Researchers have found that we succumb to the pressure of fulfilling favors due to something called the reciprocity norm. The reciprocity norm is one of the most common definitions of appropriate social behaviors. It was first suggested by sociologist Alvin Gouldner in a research statement in the 1960s, stating that if someone gives or helps you in any way (no matter how small it may be), you feel obliged to return the favor in some way.

While the reciprocity norm doesn’t necessarily harm us when returning investor funds, it does hurt us when we begin doing things like creating unnecessary business partnerships or speaking at irrelevant events. Essentially, the reciprocity norm causes us to waste our time without our conscious knowledge. For example, a tech startup focusing on revolutionizing the pharmaceutical industry probably shouldn’t partner with a local jean company. It would make no sense – even if the jean company had invested money or other resources into the tech startup.

Another danger of the reciprocity norm is that the initial favor may not be an actual favor at all. It may be an act of kindness or something so small that it’s just human nature, but our brains can interpret it as significant enough to return the “favor”. This means that the reciprocity norm has the power to allow the initial “giver” to ask for more than what was given. An example of this is someone holding the door open for you on your way to a coffee meeting. At the meeting, they ask for a list of contacts or money, and even when you normally might politely decline, you agree to do this favor.

In a study by Andreas Diekmann of the Swiss Federal Institute of Technology, the power of reciprocity was proven through varying levels of generosity while participants shared tokens for cake. The study found that we have an extremely difficult time differentiating benefit from the pretty picture of generosity.

So now that we know we are definitely vulnerable to being tricked into doing favors, how do we avoid wasting our time?

We can start by analyzing every favor that is asked of us. You can be purely altruistic and set aside a small portion of your time to help others without any reciprocity. Some entrepreneurs do this very successfully by mentoring others. But in most cases, you should be at least partially selfish towards your own and your company’s interests. We cannot always worry about the other person – no matter what favors they have done for us. If the pros outweigh the cons, then it makes sense to help. Even if the pros and cons are equal, we should consider doing the favor when possible. After all, the other person is just as vulnerable to the reciprocity norm as we are!

There’s a lesson in this for those asking for favors and to pick someone’s brain: explain how the conversation could be mutually beneficial. Jason Fried, CEO of Basecamp, advises:

Whenever you ask someone for something, always ask yourself what’s in it for them? What can you do to fill their brain rather than pick their brain? So, rather than pitching it as all-take, try pitching someone some give, too. “I’d love to ask you a few questions about X, Y, Z, and at the same time share some perspective I have on A, B, and C.” Everyone has perspective, everyone has experiences that are unique to them. The more you can suggest that it’s a give and take, and that the person you want to talk to could learn something from you too, the better the chance of lining up the opportunity.

Validating the idea of personal value systems in evaluating favors, five social “dictator game” experiments conducted by researchers at the University of Chicago found that reciprocity operates on a certain rate of social exchange, defined by the value of the events. Simply put: we have a better chance of avoiding falling into the reciprocity norm trap if we ignore social norms and listen to our own. We can also set limits on the size and amount of favors we will give in X amount of time and outline what we specifically need in return. More importantly, we must remember to not only protect ourselves from being tricked into favors when being asked to give them, but also to protect ourselves proactively by choosing when to ask for or receive favors. Because each time we ask for a favor, we are more likely to be tricked into doing one as well.

The most important thing for us to remember when dealing with favors in the business world is that they are a continuous circle. This social system of favor exchanges works both ways. Whether you are giving the favor or receiving/asking for one, you are at risk of being tricked into giving one that is not beneficial for your company. This trickery is not necessarily malicious – it can be very innocuous but nonetheless harmful to us because it prompts us to lose focus. We must face favor exchanges with concrete outlines and definitions of our expectations and needs, focusing on what will help us most and hurt us less.