It happens to the best of us. Your marketing gets stuck in a rut.

I’m not talking about a website that needs an overhaul or an ad campaign that needs a refresh. I mean things just get stale. You’re doing everything right, technically speaking, but you’re not getting results because your perfectly adequate strategy is also perfectly unremarkable. All technique — no style.
This tends to happen when we focus intensely on the brand from the perspective of a strategist. You’re so busy thinking about numbers and best practices that creativity is neglected. If you want to change that, change the way you’re talking about strategy.

May we suggest a little role play?

It makes sense. After all, role play is often offered up as cheeky advice for spicing up a stagnating relationship, and really, stale marketing means a stagnant relationship with your audience, so it follows that role play could help in this arena, as well. Imagining your brand in a variety of different contexts can help you think about your audience and messaging in ways you otherwise would not, which can yield far more creative marketing ideas.

Let’s say you own an online clothing business. Your customers are largely young women in their 20’s, maybe early thirties. The style you offer up is comfortable, casual, and classic at a moderate price.

Forget about SEO and your advertising budget for a second. Think about TV shows that are popular with women in their 20’s, and whether any characters on those shows would wear your stuff. No, seriously.

An example that could work here would be Grey’s Anatomy. One of the top ten TV shows in America among viewers aged 18-49 with an audience that skews heavily female, the show features a number of dynamic women, most of whom sport a style that could be described as comfortable, casual, and classic when they’re not in scrubs. 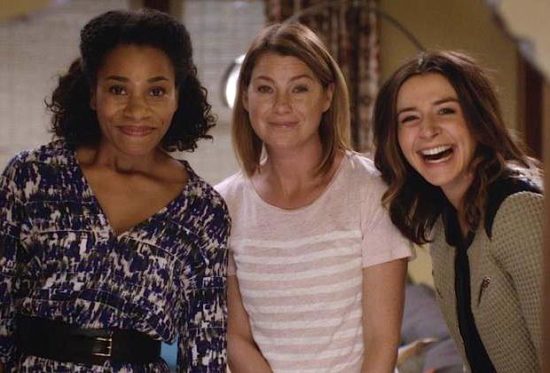 Now ask yourself: if your brand was a character on that show, would it fit in?

Would the tone your clothing business strikes in its web design and content and social media presence align with the characteristics that your target audience loves in the Grey’s Anatomy characters who would probably rock your product? Would the meme you shared yesterday on Facebook have made Stephanie snort in laughter? Would Maggie have retweeted that picture of your new line?

If not, how do you change that?

This might seem like a silly exercise, but it’s one that can shake you out of complacency by forcing you to look at your brand’s relationship with its audience from a different angle. What TV show would work for your brand?