You might not be an American Horror Story fan. I wouldn’t blame you. The extravagant horror anthology from Ryan Murphy is at turns decadent, grotesque, and terrifying, and that’s not for everyone. But even if the scary stuff isn’t your thing, you should definitely be a fan of FX President of Marketing Stephanie Gibbons after the way she tackled the show’s most recent marketing campaign.

AHS recently aired its season 6 premiere after spending months confusing its loyal audience. In years prior, each season came with a subtitle that indicated what theme the anthology would follow in the episodes to come, including “Coven,” “Freak Show,” and “Hotel.” But going into season 6, creator Ryan Murphy wanted to do something different, especially given the significance of the number 6 in creepy crawly spaces of inquiry. So this time around, there was no subtitle. What’s more, there were to be no direct hints at the content of the season at all, and no confirmation from FX or the show runners about who had been cast. Viewers were simply going to have to wait. 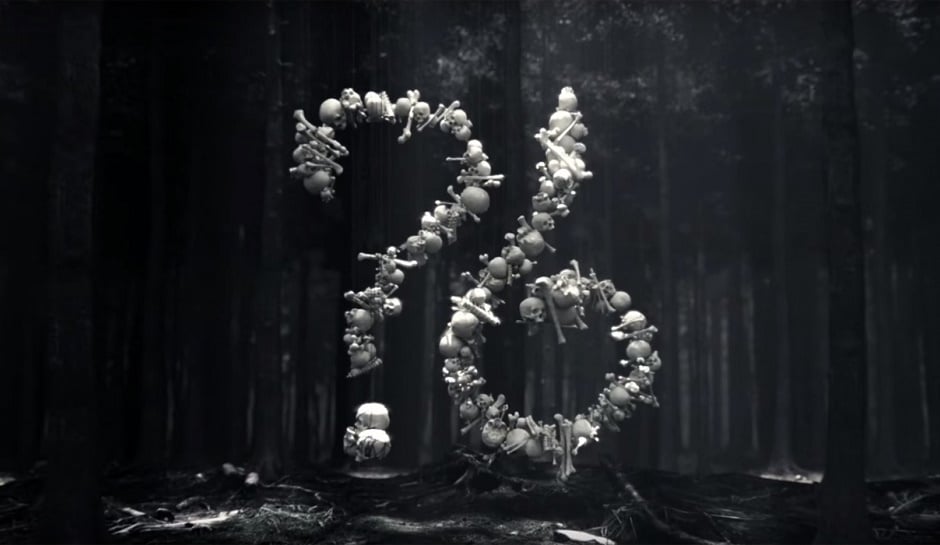 This certainly created a delicious tension for fans of the show, but presented Gibbons with a unique challenge: how do you promote something without promoting what it is? Marketing is typically an exercise in depicting the value proposition of a commodity, service, or experience, so what happens when you’re not allowed to tell your audience what that value will be? These questions were particularly potent given the rise of horror and pseudo-horror competitors to AHS in the past couple of years.

The answer, it turned out, was to lean in to that uncertainty, especially in terms of visuals. As Gibbons explained to Variety:

I felt we would play on two aspects of the human helix: desire to know, the curiosity to find out what you don’t know; and perhaps more importantly, the notion of how powerful withholding is to the human psyche. Often wanting is more fulfilling than having. So it plays upon that supply-and-demand aspect, and that wanting and needing and not having aspect that drives so much of human endeavor. For us, it was about saying, we’re going to celebrate the horror genre: “Question-mark six — what will it be? This time it will be about seeking, not having.” We researched horror and the subgenres and decided to wreak havoc upon some of those really dominant tropes that have pervaded horror for decades, and put little twists on them through a modern lens: Gothic horror and its subgenres, sci-fi horror, evil children — all of those things that are nightmares. Horror is so fascinating because it plays on our fears in a safe way and so everything with American Horror Story has a twist of fun to it. It’s not meant to really invade your psyche to the point where you can’t function for the rest of your life! It’s meant to give you a brief start and a jolt, but also kind of make you smile.

To fulfill this vision, Gibbons and her team relied on misdirection. More than 24 teasers were released on social media — all of them cryptic and unnerving. Fans had no idea what any of it meant, and were sent into a tizzy after FX CEO John Landgraf confirmed that one of them was the real thing. This social strategy, paired with 17 prints featured outdoors, created a mystery for those paying attention, with each possible scenario fraught with potential terror.

And by all accounts, the strategy seems to have worked. The premiere dominated cable viewership last Wednesday, bringing in a respectable 2.8 rating. It was two-tenths lower than their Hotel premiere last year, which featured the highly publicized debut of Lady Gaga in a leading role, but the rating was still good. For context, should that number become their average, it would fall soundly within the range of the top 25 watched shows in the 2015-2016 season overall.

But this strategy from Gibbons isn’t just an interesting example of modern marketing. It also holds a number of lessons for the rest of us.

1) Brand equity is everything. There’s no way she could have pulled off this campaign if the AHS brand wasn’t already incredibly robust. Because past marketing initiatives had aligned with the value delivered by the show, there was trust in the brand when she stepped up to the plate this time around. Moral of the story? If you invest in building a brand that is both innovative and reliable, your audience will give you greater creative latitude in future endeavors.

2) Compelling design is critical. They couldn’t rely on narratives or star power to drive promotions for the show this season, which meant they had to really focus on imagery and presentation in their campaign. In all fairness, this has always been an AHS strength, but its significance in this campaign underscores its overall importance. It’s a reminder to the rest of us that investing in design for our own marketing campaigns is non-negotiable.

3) There is no excuse for a boring campaign. Gibbons was handed a nearly impossible task — one that would make most of us break out in a cold sweat. And though a series of creepy video clips featuring spiders marching in sync down a bare human back might not work for promoting our own products and services, the challenge she faced does provide us with a useful thought exercise. If you had to promote your brand without defining the value proposition, how would you do it? At a minimum, the question can be used to break out of any rut you might hit.

Time will tell whether Gibbons’ approach pays true dividends for AHS. The second episode of this season airs on Wednesday, and now that the general theme has been established (with many more tantalizing questions in the mix), it’s possible that viewership goes up.

In the meantime: thank you, Ms. Gibbons, for the thrills and chills, and for reminders about what excellence in marketing looks like.