How $10 and the iPhone 7 Earned This Startup 1.5 Million Visitors in a Day - crowdspring Blog
2% 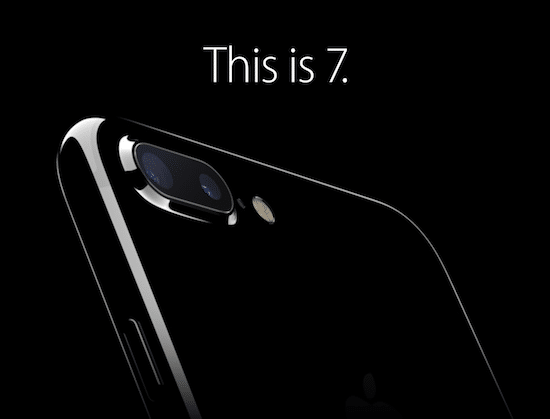 When Apple held their Special Event keynote on September 7th, its live video stream garnered the highest-ever video traffic for an Apple event. In the days following the announcement, almost every technology publication, blogger, and influencer posted some kind of content related to the new iPhone. The phone’s release took over the news cycle again 9 days later, with reviews, guides, and commentary dominating the front page of most news outlets and technology websites.

Apple’s press domination comes as no surprise to anyone. Overwhelming coverage of Apple’s new release has occurred yearly since they announced the first iPhone in 2007, and now some startups are using the inevitable #NewiPhone trending topic as a platform to launch their own media blitzes.

One company, in particular, stood out during this year’s iPhone release by using unconventional tactics for major results.

1.5 Million Visits in a Day

Nicer is a Greenville, SC-based studio focused on mobile games and apps. A few weeks ago Nicer had 6 Twitter followers and no products to their name. On September 8th, all that changed. Nicer is the creator of Apple Plug, a small device that allows iPhone 6 owners to “fill in your archaic headphone connector with beautiful aluminium and plug yourself into the future.” Apple Plug’s release aligned perfectly with announcement that Apple was removing the headphone jack and earned Nicer 1.5 million unique visitors to ApplePlugs.com on the first day of its release.

Only thing is, the Apple Plug isn’t a real product.

When discussing news leaks about the upcoming iPhone 7 features internally, the team at Nicer began discussing the likely backlash towards the removal of a headphone jack. ApplePlugs.com was the result of that discussion, a parody site that took an inside joke about the new device and turned it into a way to “get followers for our brand-new Twitter account and maybe a few newsletter subscribers.”

The team at Nice allocated a shoestring budget to the project ($10 to register the domain) and focused on good timing and relevant content to do the rest.

As soon as Apple confirmed the removal of the headphone jack, Nicer’s team used their personal accounts to share the link to ApplePlugs.com on social networks and any site that could contribute to traffic for free. Soon after sharing, the site was featured on a Twitter Moment, the front page of Reddit, and numerous technology blogs.

It was a viral hit.

From the beautiful but minimal photography to the hardware hyperbole (Personal favorite: “Apple Plug isn’t just a pristine product. It’s an essential part of showing others who you are.”), ApplePlugs.com is a pitch-perfect parody. The site isn’t just a novel idea, it is well-executed. It is the result of a team of talented writers, designers, and marketers.

For an app studio looking to create their first successful product, it is a chance to create a meaningful moment with technology enthusiasts, often the front line of support for new games and apps.

ApplePlugs.com performed a little better than the team’s original goal of getting followers for their Twitter account and earning “a few newsletter subscribers.” The site helped Nicer’s Twitter account grow to 1,500 followers, gathered 5,000 emails for the company’s newsletter, and Nicer’s SEO relevance got a significant boost from all the press coverage.

Continuing on the theme of good timing, Nicer recently launched their first set of real products, two free sticker packs for iMessage, and they plan to launch their first mobile game titled Blox in the next few months. As long as the team approaches their real product releases like their fake ones, they will likely have a hit on their hands.

Disruption is a term used by a lot of startups, though many continue to use traditional avenues for their advertising and marketing strategies. For your next push for brand awareness, consider focusing your company’s talents on creating something truly unique and relevant to your target audience. It will say a lot more about your brand than a billboard or some bus wraps.