When perusing our galleries here on crowdSPRING, we see some amazing work submitted in the projects. Today, we noticed this gem submitted in this Book Cover project: 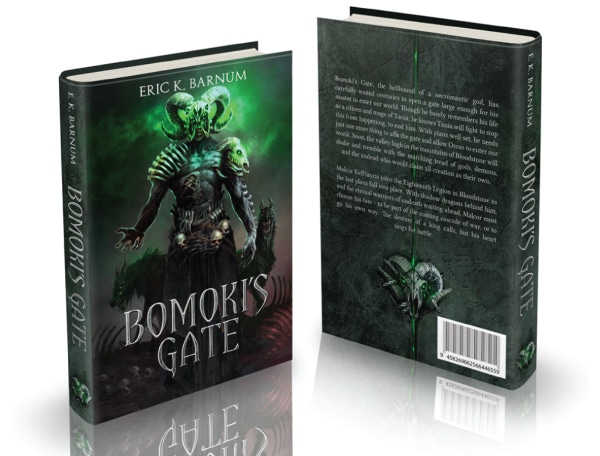 The challenge of this project was to create a book cover for a fantasy novel featuring Bomoki, an epic bad guy who oozes badness. The ideal cover would show Bomoki as a half living, half undead decorated in armor composed of ram skulls. Running down his arms and up his spine the actual spine of the ram’s head would be pincered into Bomoki with a multi-horned ram skull sitting like a helmet atop Bomoki’s head. Each ram skull would have its own baleful green light gleaming from its eyes at the viewer… And as you can see, paganus pretty much nailed it!