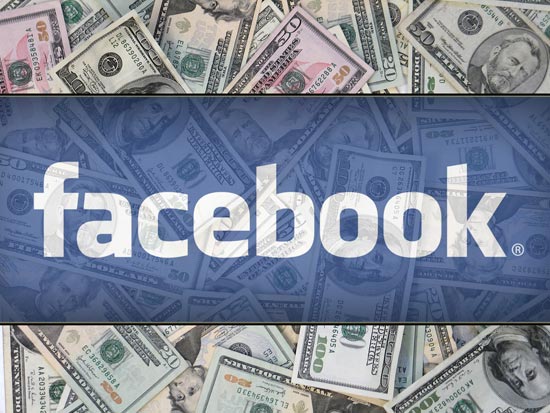 Although Facebook’s stock price has fallen well below its IPO price of $38 per share, many people agree that the stock is still significantly overpriced. Facebook stock is trading at 57 times projected earnings (compared to 14 for Google and 12 for Apple).

There is precedent for a high forward-year projected earnings (P/E) ratio. For example, Amazon has a forward-year P/E ratio of 182 and Salesforce.com is trading at 89 times forward earnings. Both stocks have enjoyed strong growth this year.

Amazon has spent aggressively on Kindle and other programs and stands to reap huge benefits in the future – it’s P/E ratio, while high, is not unreasonable. This is less true for Salesforce – it continues to be a market darling while continuously losing huge sums of money.

How can Facebook (and investors) justify Facebook’s aggressive P/E ratio? They can’t – certainly not based on Facebook’s current revenue opportunities. Here’s why.

Even if Facebook increases its user base 3X, to 3 billion users, it will generate only $13 billion in revenue per year (based on the current per user revenue numbers). That’s very healthy revenue, but significantly below the revenue needed to justify a 100 billion dollar valuation. And we shouldn’t assume that it will be easy for Facebook to tripple its user base. It’s already coming close to saturating the limits of world Internet usage.

Increasing revenue per user will prove equally challenging (including ad revenue and revenue from Facebook’s share from apps and games on its platform). For example, there are five major markets where Facebook is not the top social network: China, Russia, South Korea, Japan, and Vietnam. While China and Russia are both huge markets, it’s doubtful that their revenue per user will be equal to the revenue per user in Europe or the United States. In fact, since those countries all have native language social networks dominating already, it’s difficult to see why Brands will choose to spend huge sums of money on Facebook (in those countries) as opposed to the dominant networks.

Second, Facebook’s revenue growth is actually slowing down, not increasing. Facebook’s revenue growth has slowed for four consecutive quarters. And in its most important market – the U.S. – revenue per hour has been falling for each of the past two years. Alarmingly, even the lead underwriter in the IPO, Morgan Stanley, recognized these trends and cut Facebook estimates just before the IPO.

While there’s some hope in mobile advertising (Facebook has so far not monetized mobile), that too doesn’t justify a $100 billion valuation. Estimated mobile display spend in the U.S. was around $500 million last year.

Third, revenue growth depends on continued mass adoption by big Brands and tens of millions of businesses around the world. This will be challenging. The top 50 branded Facebook fan pages belong to some of the world’s biggest Brands. Most of those fan pages are growing at a rate of 1 to 3 percent per month (which is pretty good). Some, like Converse, are growing at a much higher rate (23% April to May 2012 growth).

It’s not surprising that companies are unable to justify their return on investment (ROI) running Facebook ads. Conversions on Facebook ads are awful and as Ben Kunz points out in Businessweek, “what GM’s retreat really shows is the harsh reality that other brands must face: Making social-media communications work requires heavier lift than many organizations can muster.”

More importantly, Facebook must grow revenue among businesses of all sizes, especially the tens of millions of small businesses around the world not currently advertising on Facebook. Given the challenges of poor conversions and the difficulty of running integrated campaigns on Facebook (including advertising and social media engagement), it’s difficult to see Facebook growing meaningful revenue from small business customers.

Facebook’s constant changes make it more difficult for businesses to use Facebook as a marketing channel. For example, before Timeline (introduced a few months ago), companies could designate landing tabs as default landing pages on a fan page. This allowed companies to drive “likes” and other calls to action – and were in many ways analogous to landing pages you see on other websites. Although Facebook has argued that Timeline improves engagement on fan pages and marketers will surely adapt, these steps make it even more difficult for the vast majority of companies (especially small businesses) to develop manageable Facebook marketing strategies. If you haven’t tried Facebook ads yet and are considering doing so, here’s a brief Facebook lean marketing guide to help you.

Before you short Facebook stock, consider that there are many creative ways that Facebook can develop new lines of business. For example, it can launch a service that competes with Google’s AdSense, by placing advertising on third party websites that Feature Facebook’s “like button”. It can also become more focused in high revenue demographic areas (such as professional networks that could compete with LinkedIn). Whether or not Facebook pursues those opportunities remains to be seen. At the moment, however, investors buying Facebook stock are playing Russian roulette.

Do you agree or do you think Facebook has unlimited revenue opportunities? I’d love to hear from you in the comments.