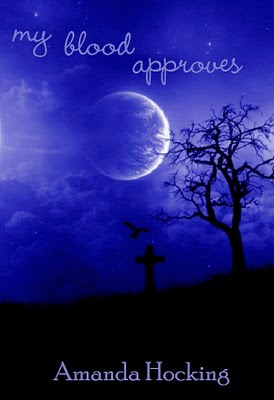 Amanda Hocking is a star of the publishing world. Last year she signed a 4-book, $2 million dollar deal with St. Martin’s Press, one of the largest publishing houses in the world. While in itself, this is not unusual – authors become best-sellers every day, and publishing houses announce contracts with authors just as often, what is unusual is the road Hocking chose for her journey from high school-loner and Star Wars geek to group home worker to self-publishing royalty. Less than a year after she uploaded her first novel to Amazon, Hocking had uploaded 8 more of her novels and collectively they had sold more than a million copies and earned over $2 million in royalties. Hocking’s story is a classic tale of identifying a market need, strategically occupying a niche, and quickly building a strong brand field by a rapidly growing base of fans and word-of-mouth marketing.

Though she had been writing stories from the time she was 9 years old, and had already written full-length novels, Hocking tells of seeing a YouTube video of Mark Hoppus from Blink-182  talking with Pete Wentz of Fallout Boy. In the video, Hoppus encourages kids to follow their dreams and make them come true. It spurred her to take a passion for writing and approach it as a job instead of a hobby and to devote herself full time to the pursuit. Over the next year she made a serious study of the literary landscape, focusing on the teen paranormal-romance genre, and the market opportunity for series like the Twilight Saga and The Vampire Diaries series. Hocking settled down to work and within a year she had written 5 more novels all of which she started selling on Amazon, Barnes and Noble, and other e-book platforms.

The traditional routes to success are crumbling as creative people turn to the web to find outlets for their talents. A global pool of  creativity has always existed, but technology has enabled the creators to find new access to clients, new channels for sales, new tools for self-marketing, and new opportunities to find audiences without the interference of the traditional gate-keepers. Websites like Amazon’s CreateSpace, Blurb, and Lulu allow authors to design, produce, and distribute their own books, either digitally or via print-to-order hard copies quickly and inexpensively. Sites like Etsy offer similar value to craftspeople and artists; iStock Photo does the same for photographers and videographers and, similarly, crowdSPRING offers opportunity to designers and copywriters.

In the old days of 2006, when Hocking was still an arty high school kid and was learning her craft and developing her skill, there were no e-books; self-publishing was typically limited to runs of a hundred or fewer books, and the entire process was slow, cumbersome, and expensive. The invention of the Kindle, the advent of a meaningful self-publishing platform and self distribution channel via Amazon (and later Barnes and Noble and others) meant that authors like Hocking would no longer be limited to sending manuscripts to publishers and receiving rejection letters en masse.

Once Hocking had identified her target market (readers of young adult fiction) and determined her niche (paranormal, urban romance) she was on her way. Her characters are quirky, her story-telling fast paced, and her tales are action-packed, romantic confections that seem to attract an endless audience of readers hungry for her work. This combination has resulted in millions of dollars in sales, the above-mentioned publishing contract, and worldwide media attention. A quick Google search turns up almost 1,000,000 hits, her Facebook fan page lists 13,400 Likes, and she has been written about in the New York Times, The Guardian, the Huffington Post, USA Today and dozens of other outlets.

We love small businesses, we love creativity, we love the people who are leveraging the internet to promote and benefit from these things and, now, we love Amanda!