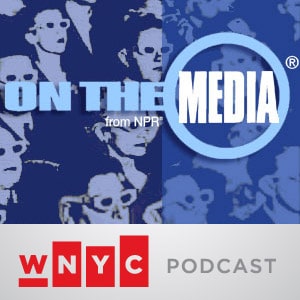 A few days ago, crowdSPRING co-founder Mike Samson sat down with Bob Garfield, host of NPR’s On the Media show (and columnist for Advertising Age), to talk about crowdSPRING, our community, and our marketplace – for small businesses, entrepreneurs and startups – offering crowdsourced logo design and other custom graphic design,  web design, industrial design and writing services.

Bob Garfield was introduced to crowdSPRING when he crowdsourced the cover for his recently published book about the media industry – The Chaos Scenario.

The audio of the interview – which has aired on NPR over the past few days – follows and a text transcript is below. Let us know what you think by leaving a comment to this post.

The original transcript of the interview is available at this link and is also republished below:

BOB GARFIELD: When I wrote my most recent book about the chaos created by the digital revolution, I, of course, needed a cover. In the spirit of my subject matter, I crowdsourced the project through an online site called crowdSPRING.com. More than a hundred designers from around the world took on the project, and the winner got 500 dollars, plus the glory of illustrating The Chaos Scenario.

Everybody was happy – everybody, that is, but the hundred-some freelance designers who labored on spec, working for nothing, and the established designers who never got to bid on the job at any price.

In my book, I expressed qualms about participating in this corner of the digital economy. Was I putting people out of work and exploiting labor, or was I giving an opportunity to people who had been shut out of the market by an entrenched establishment? I chose to emphasize the positive and to pocket my savings.

But now, crowdSPRING is hitting close to my home, outsourcing writing projects under pretty much the same model. And suddenly the democracy of the Internet doesn’t seem all that attractive.

Michael Samson is the cofounder of crowdSPRING.com, and he joins me now. Hey, Mike, welcome to the show.

MIKE SAMSON: Thanks for having me.

BOB GARFIELD: Okay, first, tell me how it works. I have a design project. What do I do?

MIKE SAMSON: You write a creative brief which describes what you’re looking for, what your needs are, what your requirements are. You name your price. You set the length of your project. And you click a button to pay for it, and post it.

In turn, creatives from around the world submit designs or writing samples to your specifications. At the end of the process, you pick the one you like best. That person gets the money and the two of you walk away happy.

BOB GARFIELD: Now, digital tools have made your business something like an inevitability, just like the steam engine made mass production of, say, shoes an inevitability. But the Industrial Revolution also spelled very [LAUGHS] bad news for cobblers, the shoemakers who were basically priced out of the market.

MIKE SAMSON: When shoes could be mass produced, all of a sudden many, many, many more people had access to high-quality footwear, and the quality of their life was improved. CrowdSPRING, and platforms like crowdSPRING, provide the same function in a more modest way for the consumers, the buyers of creative services.

That buyer who comes to crowdSPRING with a 500-dollar book cover project or a 300-dollar logo project couldn’t afford the fee that a traditional designer charges, so their options before a platform like crowdSPRING were very limited. They could buy clip art out of a catalog, they could ask their talented niece of nephew to do it for free or they could buy some software and try to do it themselves, and typically do a pretty bad job of it. So to have access to great design at a price point that they can afford brings them into the market in a way that they couldn’t come into the market before.

BOB GARFIELD: But there’s a second question, Mike, and that’s an ethical question concerning the new labor force. When they participate in crowdSPRING, when they bid on my book cover or somebody else’s logo or a webpage design or what have you, 100 or more entries for each project come in. One winner. The winner gets paid poorly, according to the professional scale, and the others get paid not one red cent. Can you explain to me why this isn’t exploitation?

MIKE SAMSON: All of the work that was created for your project, except for that one winning entry, remained the property of the person who created it. They can resell that, they can use it as a template, they can use it in their marketing materials. We give them the opportunity to create.

Now, we did a survey of creatives just a month or two ago, and one of the questions we asked them was, how long does it take you to create an entry to a project? Well, the answer was, it takes me about as long to create a submission for a project on crowdSPRING as it does to create a bid in the traditional process.

Ask any designer, and I pretty much guarantee you that they would rather spend that two hours preparing a design than they would preparing a bid. They don’t know if they’ll get that job, either.

BOB GARFIELD: Okay, schnooks like me have used crowdSPRING, and I guess a lot of mom and pops, but others who are not mom and pops have also used platforms like yours. I’m talking about Random House, Barilla Pasta, Epic Records, the metal band Judas Priest. Doesn’t that kind of confirm the worst fears of the established design community?

MIKE SAMSON: Well, yes and no. Big companies do come in and post their project with us. Now, the reason they do so isn’t just to get the artwork or the written content. They’re trying to learn how they can leverage this platform and this process to engage audiences.

Judas Priest, frankly, they’ve got plenty of designers who could have designed that tour poster for them. Epic Records has lots of designers on staff who do this every day. But what you can’t do with an in-house design department is you can’t engage the fan base in a way that makes them want to buy merchandise and want to be associated with the band.

So when Epic Records posted that project for Judas Priest, they put the word out to the fan clubs and the fan sites, and the fans flocked in to participate.

BOB GARFIELD: You know, it’s funny how a person’s reactions can be different based on whose ox is being gored. What were vague ethical qualms I had when doing my book cover suddenly have me in a full-blown panic, because I can see very clearly that the amount of money that I can fetch for the kind of writing I do, just by virtue of the law of supply and demand, has to go down.

MIKE SAMSON: We truly believe we’re not a threat to you. What an established professional or a creative shop or an ad agency does that we can’t do is provide a certain kind of value that’s one-to-one, that’s handholding, that’s strategic, that’s brand building. So a buyer who wants to come and just get a nice logo for the side of their truck or a shingle to hang out over their business can come to us and get that.

BOB GARFIELD: Them’s pretty words, Mike Samson. They have not, however, been all that soothing to the people on what is called the “no-spec movement,” a group of design schools and businesses and individuals who themselves refuse to produce work on spec and are trying to rally the rest of the crowd to follow the same ground rules. Are they a threat to you?

MIKE SAMSON: No, we don’t think so. We have a community of about 64,000 designers and writers. About 50 percent of those are U.S. based. The membership of the AIGA, which is the leading professional organization of graphic designers in the United States, has a membership that’s a fraction of that size.

And that’s nothing against the AIGA as a professional organization, but what it says is there is a need and a hunger out there.

BOB GARFIELD: Their claim is that not only does a user of spec material prey on an exploited class of labor, it also generates inferior results. However, the Wright Brothers were bicycle mechanics. Do you have to be a professional designer to create professional designs?

MIKE SAMSON: No, you don’t, frankly. The Nike logo was produced by a student who reportedly received about 20 dollars in payment. I understand she did get some Nike stock which paid off over time. But I think that history is rife with examples like those of, quote, unquote, “amateurs” producing phenomenal work.

BOB GARFIELD: Well, Mike, I remain queasy, although I can’t say why, but I do appreciate the time you spent with me. Thanks so much.

MIKE SAMSON: And thanks to you, Bob. I really appreciate your time, too.

BOB GARFIELD: Michael Samson is the cofounder of crowdSPRING.com.