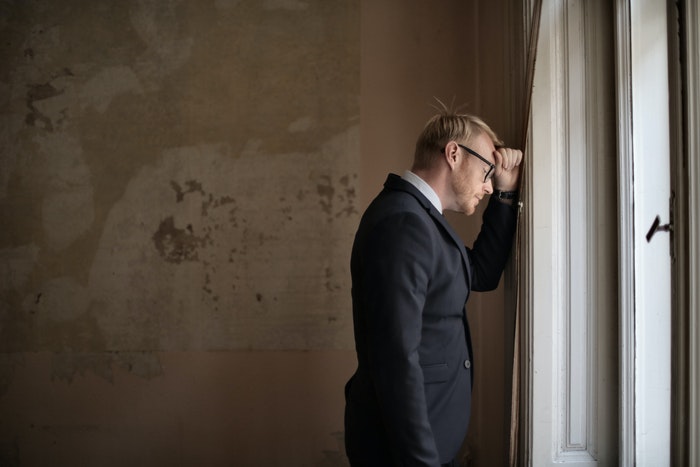 We all experience failure at some point in our lives.

As entrepreneurs, the looming fear of failure is all too real.

We’re excited when we first think of a great business idea and sit down to write a business plan.

That excitement only grows when you start your business.

But then reality sets in. According to Forbes, nine out of ten startups will fail within their first few years of operation. This means that it is more common for a business to fail than for a business to succeed, pinning the odds of success against us.

Some argue that failure is overrated and that you should learn from success:

You can learn a great deal more from success than from failure. Here’s why: Knowing what not to do helps you focus and avoid setbacks, but doesn’t help you adapt to changes. You know what didn’t work — does that help you next time when you need to figure out what will work? If you ask successful entrepreneurs whether they would rather hire someone who has failed or someone who has succeeded, I suspect most would prefer to hire the person who has succeeded. This is not surprising — scientific research shows that we learn more from success than from failure.

But, since many more people fail than succeed, it’s important to learn from both success and failure.

In fact, the most successful entrepreneurs are willing to take risks and to fail. After all, risks create opportunities, and opportunities often lead to success. (a word of caution here: not every failure is a learning experience).

Ultimately, the learning process (from success and failure) is cumulative. Melinda Emerson, one of the leading small business experts in America, recently wrote in her blog, Succeed As Your Own Boss:

Success is a cumulative process. In other words, you have to start today and do a lot of little things right every single day before you can finally create a track record of achievement that will cause people to see you as successful. The same is true of failure. Some failures can be catastrophic, for sure, but failure is not fatal until it becomes one in a series of many that define your daily lifestyle and your character.

Here are two of the biggest mistakes most businesses make, and what you can learn from those mistakes:

1. Creating a good product – for an obscure market niche.

One of the first questions investors ask in a pitch meeting is, “Who are your competitors?”

Often, startups answer that they don’t have any because their market is so unique that no one has entered the space.

In a world of millions of businesses, that’s hard to believe.

The truth is that startups always have at least one competitor, even if the competition is indirect.

People jump on good ideas, so the chance of being the first to have one of the uniquely great ideas is low.

The key to a good startup is tackling a good idea from a new angle, one that makes the startup stand out from the sea of others trying to enter the same space.

Yet, many startups ignore this insight and attempt to launch their businesses in small, niche markets.

But when a market is too small, it becomes difficult to make recurring profits and survive as a business. By focusing on “great products” and ignoring the size of the market, entrepreneurs fall into the trap of creating something great that nobody wants.

Marc Andreessen, General Partner at Andreessen Horowitz, echoes this idea in one of his LinkedIn posts:

Conversely, in a terrible market, you can have the best product in the world and an absolutely killer team, and it doesn’t matter — you’re going to fail.

Andreessen highlights two other important aspects of a successful business. Even though he claims just having a great team and product aren’t enough, there is still value to be found in strong teams and strong products.

How can you determine the market size for your product or service? We recommend you read How To Choose a Market For Your Startup Or Small Business and Tips on Defining The Size of a Market for a Startup Business.

Smart entrepreneurs know that timing is everything, causing them to propel their companies forward as fast as possible.

While this seems like a good idea at first glance, in retrospect, it ends up hurting many young companies.

When details like company culture and team fit are overlooked, startups end up with many smart people who can’t work together.

Therefore, teams in sync can problem solve and collaborate with much more ease and speed than teams that are out of sync.

This means that small businesses and startups should allocate more time to choosing their teams. For example, at crowdspring, we conduct several rounds of interviews when looking to fill a position.

One of these interview rounds always includes what we call a “culture fit” interview, where we try to determine how well a candidate will fit in with the rest of the team.

We believe that determining the “right” person for the job is not exclusive to making sure that they have the technical skills for the position, but also to make sure that their motivations, mindset, attitude, etc., align with the rest of the team and the company’s goals.

If the candidate doesn’t work out culturally, the chances are that no technical skills could make up for the culture gap. Mark Murphy, author of Hiring for Attitude, agrees in an interview with Forbes:

For example, a newly hired executive may have the intelligence, business experience and financial acumen to fit well in a new role. But if that same executive has an authoritarian, hard-driving style, and they’re being hired into a social culture where happiness and camaraderie are paramount, that combination is unlikely to work.

So while an extra round of interviews may slightly prolong the hiring process, it prevents many conflicts, slowness, and overall frustration. Smart companies that focus on building a strong culture see an increase in efficiency and product quality.

But be careful not to confuse culture with perks. Many things considered “company culture” are not. Rand Fishkin wrote an excellent post about this topic on the Moz blog: What Company Culture IS and IS NOT.

We recommend you read What Does Tribal Leadership Teach Us About Building Strong Communities and Organizations for more about culture and building strong teams.

By learning from others’ mistakes, smart business owners can avoid problems before they arise. After all, nine out of ten companies fail.

Would you rather be the one that succeeds or among the nine that failed?