Mastering the Art of Persuasion: How To Get What You Want - crowdspring Blog
2% 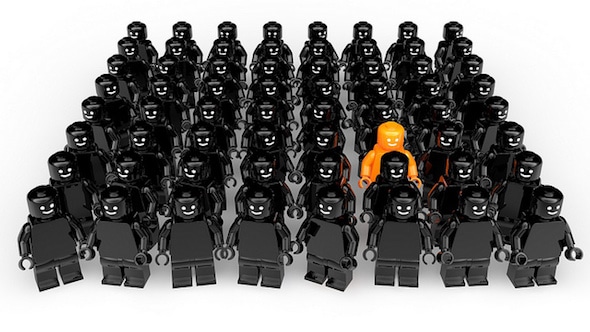 Persuasion is a delicate art form. It’s easy to be ineffective when trying to persuade, but also remarkably easy to be overbearing. As a business owner or entrepreneur, your job is mostly to persuade. You must persuade people to come work for you, stay in your company, follow your lead, become a customer, be a partner, write stories about you and your company, and much more. In reality, almost every aspect of business includes some level of persuasion. When leaders fail to successfully master the art of persuasion, their businesses often fail. It is impossible to create a following, a customer base, or a strong team without having others support and believe in you and your product. Fortunately, persuasion can be learned. Here are three tips that can help you to become a master in the art of persuasion.

Listen to your customers, coworkers, industry experts, other small business owners or entrepreneurs. You’ll learn much more when you listen and much less when you speak. The moments when you aren’t speaking are often the most important moments because it makes the other person feel as though you sincerely value their time. Former US Secretary of State Dean Rusk agrees: “[t]he best way to persuade people is with your ears – by listening to them”.

There’s considerable research supporting the conclusion that listening is key to being persuasive. For example, in a recent study at Columbia Business School, researchers found that when they asked coworkers to rate each other on their listening skills and then persuade each other to do something they originally opposed, high listening skill ratings correlated positively to the success of the persuasion. Through a series of other experiments, researchers were able to conclude that our ability to influence others correlates heavily to the timing when we choose to be verbal with our persuasion. Keep in mind that even while listening, it is possible to continue to persuade through body language cues.

In his book The Tipping Point, Malcolm Gladwell describes a charismatic salesman, Tom Gau, as the perfect example of someone who has mastered the art of persuasion through human connection:

When Tom Gau and I sat across from each other in his office, then, we almost immediately fell into physical and conversational harmony. We were dancing. Even before he attempted to persuade me with his words he had forged a bond with me with his movements and his speech… I felt I was becoming synchronized with him. “Skilled musicians know this, and good speakers,” says Joe Capella… It is a strange thing to admit, because I didn’t want to be drawn in. I was on guard against it.

It is extremely important to forge a connection with whomever you are trying to persuade. Humans are more likely to respond to emotional appeals, something dating back all the way to Greek philosopher Aristotle’s time. A great influence in his time, Aristotle created his Three Modes of Persuasion in Rhetoric, also known as ethos, pathos, and logos. Aristotle realized that people were most persuaded by a combination of emotional, logically argumentative, and credible appeals. For the most part, he found that when high levels of emotional appeals (pathos) were used, people were more likely to be persuaded. Business owners and entrepreneurs can mirror this idea by following the example of Gau, matching their voice inflections, charisma, and physical cues to the person with whom they are speaking. This creates an emotional connection, and makes the other person feel as though you are more similar than you really are, forging a bond of trust.

One small but effective technique involves combining listening and connecting and using mirrored language to that used by the other person. For example, when the person you’re trying to persuade uses verbs like “hear”, as in “I hear you”, do your best to mirror that language in your conversation, instead of using other verbs like “I see what you mean.”

The last step to mastering the art of persuasion is to give plenty of praise. When you simply shoot people and their ideas down, they begin to feel unimportant and pushed to the side, and tend to then focus on nursing their hurt egos instead of focusing of what you are saying. By praising the person on the things that you do like about them or their idea, you are inherently making yourself more likeable in their eyes. As research shows, being more likeable means that you are more likely to be listened to, and the other person is more likely to be influenced by you. This stems from Abraham Maslow’s hierarchy of needs, a pyramid that shows the needs that must be met before people can be persuaded to do certain things. People must fulfill each level before moving on to the next one, with the highest being personal achievement. So when you praise a person, they feel as though they are beginning to reach their goals of personal achievement, and by liking you more, begin to think that you can help them reach their fullest potential. But be careful – don’t resort to empty praise, because that will only undermine your efforts.

The ultimate trick is to remember that whoever you are trying to persuade is also human – something that many people forget. Put yourself in the shoes of the person you’re trying to persuade, and think about how they would react to certain words, actions, or other social cues. Facts, data, and other quantified information is important. But don’t underestimate the importance of social and emotional connections. Those connections – and your ability to create them – can mean the difference between success and failure.