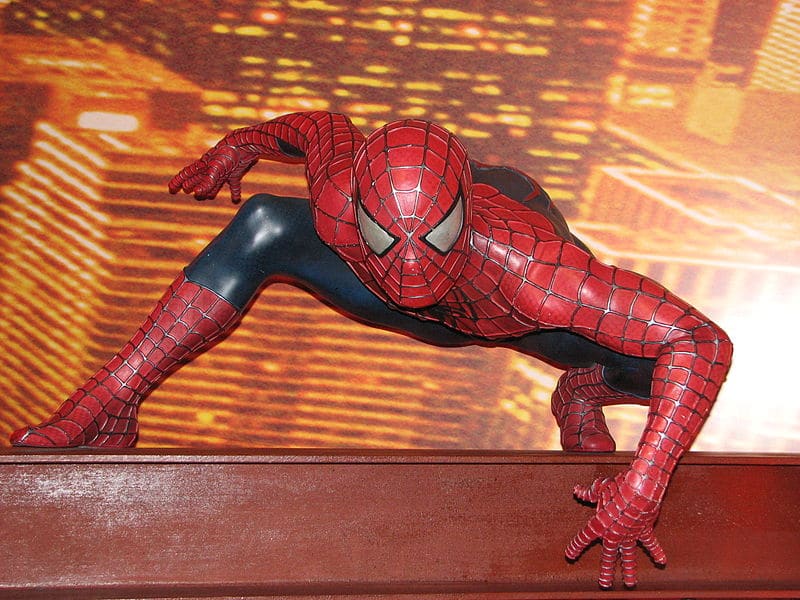 To many people out there (investors, business students, politicians) entrepreneurs are heroes of the first degree. They are lionized, studied, imitated, and held up as shining examples of American ingenuity and creativity. But truly, entrepreneurs are heroes of the second degree. Although their creativity can not be denied, their energy borders on legendary, their resourcefulness is unmatched, and their passion boundless, they still have a great deal to learn. And who better to learn from the Superheroes!

When it comes to strength of character and ability to persevere through tough times, no entrepreneur can even start to compare to the likes of Spider-Man, Batman, Wonder Woman, or Captain America! These heroes are the archetypal crime fighters, the justice slamming vigilantes, the saviors of all that is good and valuable in our society. They represent the powerless and strike down the evil! Kinda makes running a small business seem tedious by comparison, no?

This doesn’t mean that we can’t draw lessons from these selfless paragons of virtue. After all, aren’t entrepreneurs also intent on creating businesses for the benefit of humanity? Here are 5 lessons we can draw from our Superheroes!

1. Powers. Superheroes have powers galore: secret powers, supernatural powers. They posses extraordinary powers of strength, agility, and flexibility, not to mention the crazy weird powers to set things on fire, stretch themselves to unheard of lengths, perform gymnastic contortions, and deflect just about any projectile hurled their way. Entrepreneurs powers may pale in comparison, but that don’t mean we ain’t got em; the trick is in understanding your own strengths and weaknesses. Entrepreneurs need a healthy dose of self-awareness in order to know what they are great at, what they need help with, and what they downright suck at. This awareness helps us to build better businesses, create stronger teams, and (when necessary) turn to others to ask for help. Matter of fact, that humble ability to know when they need assistance can be the mark of a true super-entrepreneur.

2. Branding. Seriously. Superheroes rock at their ability to create and sustain a brand image.  The costumes, the logos, the instantly-identifiable masks and capes! One of the hallmarks of a great superhero is their ability to be recognized instantly, whether in person or by something left behind. Who wouldn’t recognize Spider-Man swooping through the urban canyons in a flash of red and blue? Who on this earth would not know that the bat silhouette icon projected on the night skies is not the world-famous logo of the Dark Knight? Entrepreneurs must focus hard on creating brand value for their own companies through creating strong visual iconography that differentiates them from the competition and creates an indelible image in the minds of their customers.

3. Resourcefulness. Just when you think the villain has them cornered, just when you think our hero can not possibly find their way out of another tight spot, just when the night is at its darkest, Thor or the Green Lantern, or Human Torch, or Invisible Woman, or Iron Man finds a way to squeak out of the grasp of their tormentor and turn the tables so decisively that evil is defeated and the forces of good prevail! The lesson for entrepreneurs is that you should not give up, that you should always look for a solution, that creativity and ingenuity and strength will win the day and that justice shall prevail! That or at least your runway should be extended.

4. Perseverance. Hand in hand with resourcefulness comes perseverance. Who better represents this determination than Superman? Remember how Lex Luthor hung the necklace of kryptonite around our hero’s neck? How Superman’s strength was drained in front of our very eyes? Well the forces of good (along with a timely change of heart by Luthor’s girlfriend) allow Superman to break free and thwart the villain in time to save the world from certain destruction. Wow. Entrepreneurs can stand to learn a great deal about commitment and tireless effort from Superman and his super pals.

5. Values. We son’t talk about this often, but morality should be high on the list of any entrepreneur’s most cherished and respected qualities. And superheroes have ethics to spare! Name a superhero without a strong moral code, and I’ll show you a villain in waiting. Even the darkest of the superheroes are motivated by their outsize sense of right and wrong. Entrepreneurs should look to these paragons when a hard decision needs to be made: all else being equal a good entrepreneur should always take the high road and our companies should be built on a foundation of honesty, transparency, and principals.