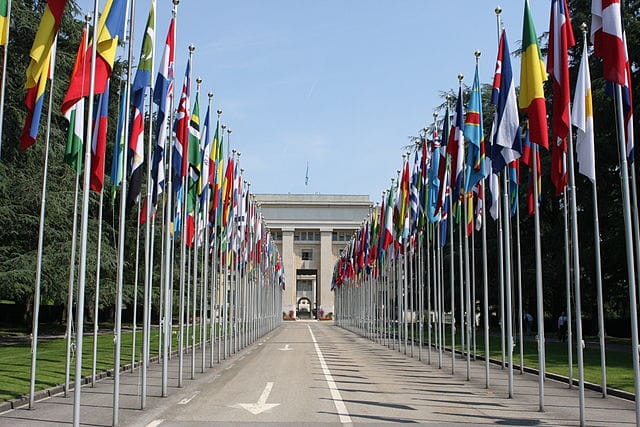 With the red-hot temperature around the crisis in Syria reduced to a mere boil, and the government in North Korea backing away from the brink I gave some thought this week to what entrepreneurs could learn from global leaders and diplomats in general. From Wikipedia we learn that Diplomacy comes from the greek word “δίπλωμα,” defined as a folded paper or document. For our purposes, it can be defined as the art of “conducting negotiations between representatives of groups or states.” Sound familiar?

Amongst the chief skills for a diplomat, or any global leader, is the ability to observe carefully, develop rational strategy, and execute in high-pressure environments. When an entrepreneur is involved in negotiations the stakes can be  high, sometimes even with a business’s future at risk. This, of course, pales in comparison to the sometimes profound stakes involved in a global diplomatic crisis, with entire nations and populations at risk. With that, here is a list of 5 aspects of Global Leadership from which entrepreneurs can learn:

1. Diplomats work tirelessly. When we read about the Secretary of State John Kerry logging crazy miles around the globe for one meeting after another we should be in awe. These people are indefatigable and when it comes to hours worked, they make the average startup entrepreneur look like a slacker. Diplomacy and global affairs is a business that takes constant focus, disciplined follow through and continuous creativity.

2. Diplomats prioritize. By developing strategy in a way that emphasizes small wins, and keeps the focus on the people who will be impacted by policy, diplomats and global leaders often move issues in small but meaningful ways. For instance, a major initiative can sometimes be started by something as simple as a cultural exchange. In the 1970s, when the US and China first  began their decades-long thaw in relations, the first visitors from each country to the other were musicians, dancers, and artists. By the time President Nixon made his famous journey to The People’s Republic of China, hundreds of Chinese and American citizens had already participated in such exchanges and Henry Kissinger, who at the time was Nixon’s National Security Advisor, had made a secret trip to lay the groundwork for detente. Entrepreneurs can learn the importance of incremental progress and relationship building by carefully observing how it gets dome in international relations.´

3. Diplomats are rational. One of the cornerstones of diplomacy is rationality; diplomats tend to be well grounded in reality and recognize the critical importance of facts. Diplomatic efforts are often undertaken based on their probability of success. It is exceedingly rare for  global leader to become involved in an effiort that has little chance for success. With national reputations and huge populations on the line, diplomats do not take risks unless they have judged the opportunity to be great enough and the probaility of success to be high. Failure begets failure, and wins beget more wins. Sound familiar?

4. Diplomats incentivize their partners. The carrot and the stick. The economic sanctions vs. the international aid. And at the extremes, the missile attacks vs. the protective hand. As messy as the recent situation in Syria has been, it can be argued that it was massive pressure brought to bear by the threat of attack that ed to a breaking of the diplomatic logjam surrounding the conflict. Business negotiators can learn about the expert application of pressure to achieve a workable deal, just avoid threatening your negotiating partner with naval fleets and high explosives.

5. Diplomats measure success by results. At the end of the day, the only meaningful measure of an international diplomacy effort is by whether it was a miserable failure or a resounding success. Businesses, too are judged on results – in fact this is why we we have huge stock exchanges: to quantify results and apply the investor’s judgement of that data directly to the price of a company’s shares. Diplomatic negotiations,public pronouncements, and international resolutions are meaningless in the face of an effort’s success or failure; at the end of the day all that matters in diplomacy is whether peace was achieved and all that matters in business is whether a company was successful.