Billboards and outdoor advertising have been around for almost 150 years and are, in many ways, precursors to and cousins of today’s online campaigns, both paid and viral. Companies have been using eye-catching design, creative content, and clever placement to create word-of-mouth and build buzz for their products dating back to the time of our great-great-great grandparents. Here are a few classics of the ilk, still effective today. 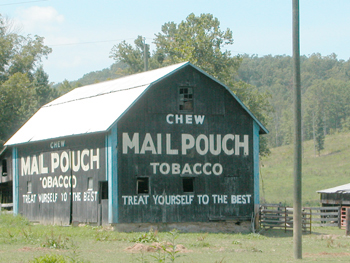 In the last decade of the 1800s, the West Virginia Mail Pouch Chewing Tobacco company paid farmers to use their barns as outdoor advertising for their product.

The company painted and maintained the signs and paid the farmer between $1 and $2 per year.

It was a pretty good deal for the farmers, as they didn’t have to worry about painting their barns for the duration of the contract.

By the 1960s, there were more than 20,000 barns in 22 states. Other companies also advertised on barns, and this type of roadside advertising continued until it was restricted under the Highway Beautification laws of the 1960s. 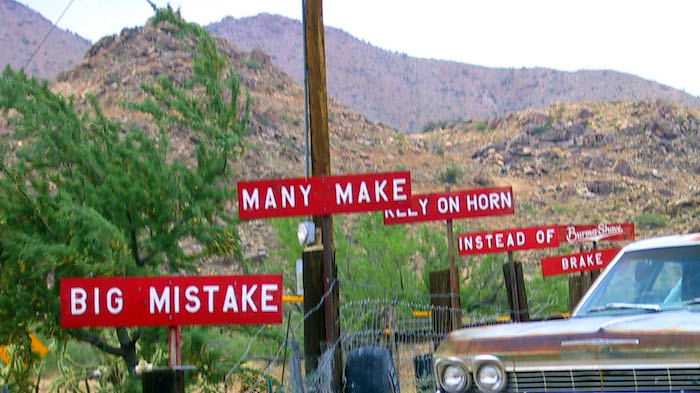 Does your husband Misbehave? Grunt and grumble? Rant and rave? Shoot the brute some… Burma-Shave!

In 1925 roadside advertisements started appearing along highways across America, and by the mid-50s, they could be found in virtually all 48 states.

The signs were catchy poems, always ending with a punchline and grabbing the passerby’s attention; everyone wanted to know how the ditty would end!

Through the power of this advertising tactic, Burma Shave would become the second highest-selling brand of shaving cream on the market.

Within this vale… Of toil… And sin… Your head grows bald… But not your chin… use… Burma-Shave!

Travelers couldn’t resist these little messages and shared them with others, often writing them down to send to friends and family. The viral effect of the ads, decades before the internet, made this one of the most effective (and cost-effective) advertising campaigns ever.

I can’t resist: You’ve laughed… At our signs… For many a mile… Be a sport… Give us a trial… Burma-Shave!

In the late 1950s and early 1960s, advertisers and sign designers began integrating mechanical elements into their outdoor advertisements.

Suddenly the Marlboro Man was blowing smoke rings over the city, and today we see examples of this in every major city. One of the first (and greatest) examples is the giant crab adorning a restaurant in Osaka: the Kani Doraku crab moves its legs as the tourists stand in awe!

In the 1970s, MIT scientists started experimenting with computer design techniques for producing billboards, and the world has never been the same. 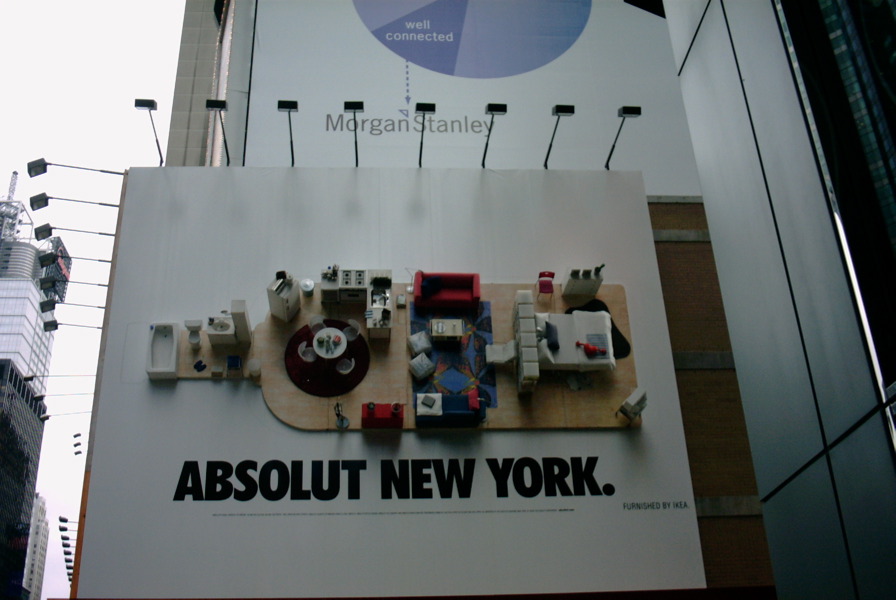 Since 2007, when this technique became the industry standard, legions of sign painters have been put out of work, and billboards have become cheap to produce and simple to replace.

But with the loss of an old craft came an explosion in creativity. 3D objects, unusual placement, and eye-catching stunts have become part of the outdoor advertising landscape.

In the late 1990s, companies like Ikea and Absolut were taking advantage of new techniques and throwing up “event” billboards that were talked about, photographed, and written about, all of which served to amplify the brands’ messages.

And Wonderbra unveiled the first truly 3D billboard designed to be viewed with special glasses.

In 1904 the first electrified advertisement appeared in Times Square. 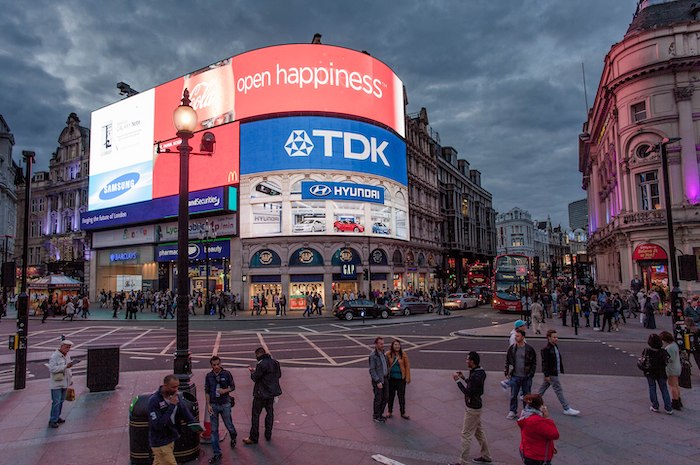 By the late 1960s, the electronic billboard had flashed to life in Time Square, and the great crossroads would never look the same.

London, Tokyo, Osaka, and other cities allowed electronic signs to propagate in certain zones, lighting the night skies for visitors and tourists to gawk in amazement.

Today’s technology allows these signs to undulate wildly, forming themselves to the sides of buildings in ways the Burma Shave folks could never have imagined.

One last one, shall we? Listen birds… These signs cost… Money… So roost a while… But don’t get funny… Burma-Shave!