Crowdsourcing is fundamentally changing business, government, non-profits, education, research, and other sectors. Remarkably, we’re just seeing the tip of the iceberg. Here are my picks for the top ten crowdsourcing trends for 2011:

2. More professionals will participate in crowdsourcing. In 2010, we already saw greater professional participation when many Brands and agencies embraced crowdsourcing and searched for new and innovative ways to purchase design, copywriting, R&D, and other services. 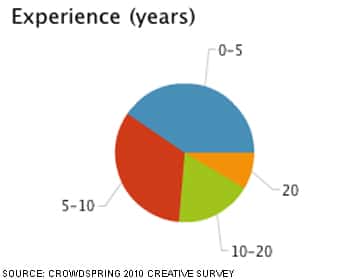 It’s not surprising that professionals are increasingly drawn to crowdsourcing marketplaces and initiatives. crowdSPRING designers and writers have recently worked with some of the world’s best brands, including: Amazon, LG, TiVo, Starbucks, Philips, Forbes, ConAgra, Epic Records, Random House, Grolsch, Barilla, The Economist, Air New Zealand and many others. Similarly, accomplished agencies, including Crispin Porter + Bogusky, Element79, Bartle, Bogle and Hegarty, DraftFCB, and many others, have posted numerous design and writing projects on crowdSPRING.

In just two years, crowdSPRING’s designer community is already four times the size of AIGA. crowdSPRING is growing at the rate of one AIGA every 6 months.

Professionals design associations have learned little from the failed efforts of incumbents in the music industry to stifle innovation. For example, the AIGA tried to stifle competition and innovation through its misguided policies in the 1990’s (suggesting that speculative work was unethical). The Federal Trade Commission declared that the AIGA’s policies constituted an unlawful restraint of trade.

4. Traditional agencies will continue to erode, in part, because of crowdsourcing. With companies like Unilever showing the way, traditional agencies will find it more and more difficult to compete with millions of talented creatives and with smart and nimble upstart agencies. Innovative new agencies like Victors & Spoils will continue to earn business that traditionally was awarded to big agencies by proving – as they’ve done time and time again – that the upstarts can deliver better value and results for their clients by leveraging crowdsourcing.

Historically, creatives wanted to work in traditional agencies because that’s where the top clients turned for creative work. This is no longer true. We recently surveyed the creative community on crowdSPRING and learned that approximately 40% of survey respondents worked full time at advertising, marketing, or design agencies (and freelanced on crowdSPRING in their spare time). This group included established designers, creative directors, copywriters, and many others. Highly skilled creatives are looking for new and innovative ways to use their creativity, and no longer feel bound by the four walls of their offices and employers. 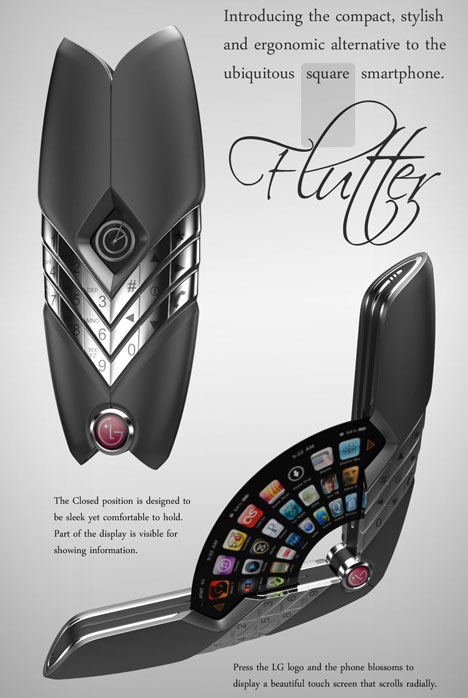 5. More industries will leverage crowdsourcing. Momentum for crowdsourcing is building in many industries. This is true even in traditionally closed industries such as industrial design, where major Brands like LG (the image to the right shows one of the top designs from LG’s 2010 mobile phone design competition on crowdSPRING) and Philips are crowdsourcing product designs and offering five figure awards to top designers. It’s also happening in copywriting where smart entrepreneurs have started crowdsourcing entire books and smart Brands are sourcing commercial scripts. There are also interesting initiatives in other sectors, such as search engine marketing, predictive marketing, education, non-profits, financing, micro-loans, and energy.

6. The rise of mobile crowdsourcing. Innovative businesses will leverage billions of people around the world who use smartphones (some examples: real time news, surveys, political polls, and traffic reports).

7. The Publishing industry will embrace crowdsourcing. We’re already seeing major shifts, with both large and small publishers testing crowdsourcing design and copywriting services. Self-publishing businesses are leveling the playing field for book writers and making it easier and cheaper to publish. We’ll see partnerships grow between self-publishing businesses and crowdsourcing marketplaces that will help simplify the process to self publish print and digital content.

8. Crowdsourcing will render geography irrelevant. More and more companies are ignoring geography when sourcing creative work. For example, businesses from nearly 100 countries have posted projects on crowdSPRING and this trend is increasing. We’ll also see this trend continue on the creative side – great creative can come from anywhere and from anyone. (Example: Already, designers and writers from nearly 200 countries work on crowdSPRING). The map below shows visits to crowdspring.com from 213 different countries during 2010. 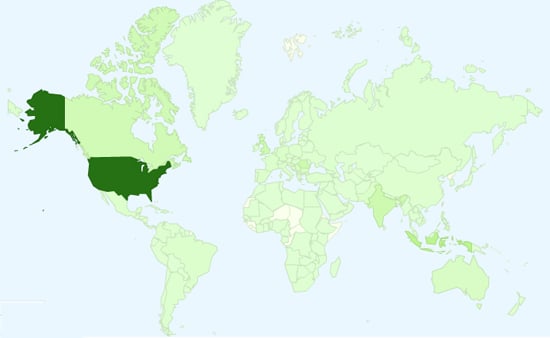 9. Governments will continue to embrace crowdsourcing. We’re already seeing the U.S., Canada, Greenland, India and many other countries leverage crowdsourcing to solve public and complex private industry problems. We’ll continue to see more government projects (http://www.challenge.gov is a recent good example) and greater use of crowdsourcing marketplaces (examples: U.S. House of Representatives Ways & Means Committee crowdsourced its website redesign on crowdSPRING and the country of Greenland rebranded itself via crowdSPRING).

10. Crowdsourcing businesses will evolve their business models to provide more sophisticated crowdsourced services. There are already many innovative crowdsourcing business models. And we’ll continue to see innovation in the space. For example, crowdSPRING introduced crowdsourced writing projects in 2010 and now allows companies to put together large or small informal (or formal) focus groups and invite their customers, potential customers, or anyone else to help those companies pick a great design.

I’m interested to hear what you think and whether you agree with these trends. Where do you see crowdsourcing in 2011?