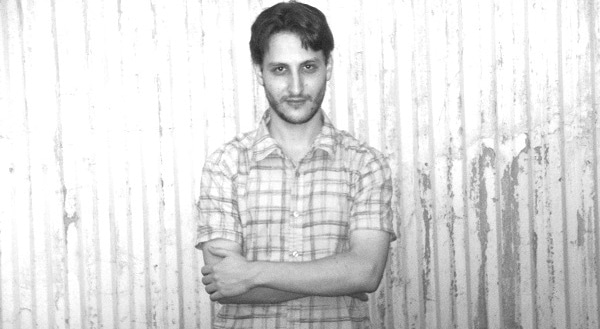 Hi crowdSPRINGers and NetBrowsers. My name is Tal More. I was born in Israel aka the holy land (known to some as the holy shit land) in 1978 and lived most of my life in a small town called Rehovot, about half an hour drive from Tel Aviv. These past few years I’ve been living in sunny- often too sunny- California, first in the bay area and more recently in L.A. (known to some as Hell A). I guess you could say that creativity pretty much runs in my veins. I used to write a lot when I was younger, but these days I focus on copywriting, songwriting, recording my music and giving music critiques to other artists. I also have a BA in Film and Television studies, but getting it was mostly an excuse to catch up on great films (mission accomplished). However, I did also get some practical use out of it working on a few projects, most notably while working on the script and the creation of the music video for my song- ‘Parallel Me’:

I was drawn to art and creativity from an early age. It started with music- I was classically trained but then in my teens I found out that I also extremely enjoyed expressing myself through writing. I guess school essays were mainly to blame. Thus began a short story phase in my life. For a long time I was certain that I was destined to be a writer. Some of my short stories got some buzz on the internet and later on I won first and second place in a couple of short story contests. I briefly worked as a book critique in a big online portal and also had a few stories published in a couple of magazines. But then one day I started writing songs and that was a major turning point. I realized that though writing short stories was nice, writing songs was even better because it fused my two passions together- music and writing. What could be better than that? (Answer: Nothing). Since then I’ve been writing and composing like a madman. I’m pretty sure that songwriting will be my main focus for the rest of my life.

The main influence on my prose was an Israeli short story writer called Etgar Keret, who’s also well known internationally but since I don’t write prose anymore I’ll mention a couple of musical influences. Elliott Smith is without a doubt my favorite singer/songwriter and in my opinion the best singer/songwriter that ever lived. He’s sincere to the bone, a brilliant wordsmith, a genius composer and I really wish more people would listen to his songs. Besides Elliott Smith, I love many other artists who treat lyrics with respect- The Beatles, Pink Floyd, Fiona Apple and Regina Spektor to name a few.

4. You immigrated to the U.S. in 2013 based on an ‘exceptional ability in the arts’ visa. Please tell us about that.

I arrived to the U.S. at the end of 2011 as a tourist and after a couple of months got a chance to have British producer Stuart Epps (Oasis, Robbie Williams) work on a few of my songs. This collaboration helped me realize that in order to truly live the life I want to live and succeed with my creative endeavors I need to leave my country, where my career options were limited, and reside in a place where I can aim for the stars. The U.S. was the obvious choice. I started walking down the long and winding bureaucratic road in order to be recognized as an individual who possesses an exceptional ability in the arts in order to be able to immigrate. Luckily for me I had a few things going for me artistic-wise and achievement-wise and while the case was pending I also started working with Jeff Bova, a Grammy award- winning producer, on some of my songs. He gave me a recommendation letter which I’m sure worked in my favor. I’ll always be thankful to him for that. Finally the visa got approved, I got “greened” shortly after, and these two days were and always will be two of the happiest days of my life.

5. What types of writing interest you the most?

First and foremost- songwriting. It’s a medium that forces you to be concise and precise. Each word counts and trying to make the lyrics and the music flow together is a challenge all of its own. Poetry can be interesting too, but it sometimes feels like the snobby older sister of songwriting. Keeping things relatable while still being artistic is what good songwriting is all about and that’s what I usually aim to do with my own songwriting. Though I don’t write stories anymore, I also still love prose of course. But really- anything that involves words and creatively “manipulating” them fascinates me. Words are extraordinary creatures. You can mold them, morph them, put them one next to the other or mix them around and create entirely new meanings with a single change of a letter, a word or even the location within the sentence. Because of my love for words, these past few years I’ve also been dealing with a lot of copywriting related stuff (hence my presence here at crowdSPRING). Since 2011 I’ve won over 150 domain naming, brand naming and slogan contests online. The prizes are a great incentive, but playing around with words is rewarding even if I don’t end up winning. It’s fun, challenging and it helps sharpen my mind. Win win situation if there ever was one.

6. Please tell us more about your song writing.

My music project is called The Quiet Revolution and can be found at: TheQuietRevolution.com. The Quiet Revolution features extremely talented vocalists and artists singing songs I wrote and composed. It’s alternative rock/pop with an artistic sort of vibe and creative song themes (a human zoo, a woman who buys the moon etc.). I started with low-fi ballads and have been moving more and more towards full band productions. Lately I’ve also been working on more commercial oriented material for Film/TV placements. Some of my songs are signed to music libraries and I also have songs that are currently being considered for a few film and TV projects. A couple of days ago I was actually informed that one of my songs is being considered for a national ad campaign by one of the biggest corporations in the U.S. You can never know with these things, but… fingers crossed.

7. What kind of on-line resources do you use?

Google is my best friend. Well, one of them anyway. I also use dictionaries, thesauruses and domain availability tools. What else? YouTube, a little bit of Facebook, a little bit of Twitter, WordPress. These are the main resources I use, I guess.

Promotion is my Achilles heel. I’m pretty terrible at that. Actually scratch the word ‘pretty’. I’m just terrible at it. In a way, I guess it’s a good thing though. Creative people should be good at creative stuff. Promoters should be good at promoting. When creative people try too much to promote themselves they usually end up resorting to provocative tactics or selling themselves short in other ways. A direct result is that the creativity/art suffers. I believe in talent and in hard work. If you’re good enough, willing to invest time and effort for the long haul and aren’t afraid of failing along the way- great things are bound to happen to you. It’s just a matter of patience and being focused. I do try to update my website regularly and I actively search for opportunities that could benefit me. I should probably use social networks more. Maybe that’ll be my new year’s resolution.

What’s great about my work day is that I have no “work day”. I usually get some songs to critique or rate, but I can usually do that at my leisure. There are always a few crowdsourcing projects to think about so I devote some time to that. Every once in a while I accept a task that’s more deadline-ish in its nature but all in all I choose what to do at almost any given second of any average day. Any time I get an idea for a song or want to tweak an old one- I just do it and nothing gets in the way. At a certain point in my life I realized that working 9 to 5 (or usually 9 to who knows when), getting stuck in traffic, having to endure boring meetings and stressed out bosses- just wasn’t for me. So by being a freelancer I get to do only things that interest me and that I enjoy doing. Sure, a regular job means a more stable life and more money in the bank but the price of freedom and being your own boss seems much more worthwhile for a creative creature like me.

That’s a tough one. ‘Blindness’ by Jose Saramago really made an impact on me. ‘A Hundred Years Of Solitude’ by Gabriel Garcia Marquez was also beyond brilliant. I love writers who think outside the box and come up with ideas nobody else has ever thought of. Any book that does that- wins me as a reader.

11. If you weren’t writing, what would you be doing?

I can’t imagine my life without writing or dealing with words in some capacity or other. So to me this question is basically a ‘what would you do if the apocalypse would come’ type scenario. So I guess if the apocalypse was upon us- I’d just take my guitar, find a quiet corner, compose instrumental music and hope that the music won’t attract any cannibals.

I like to think of all of my time as free time. When you work doing things you love, it’s not really work. I listen to tons of music apart from the songs I get sent. There are incredible unknown artists out there that people don’t get to hear and should. That’s why for the past few years I’ve been running a website called Stars Uncharted (starsuncharted.com) that features phenomenal songs and music videos that I discover. Besides listening to music, I like to watch TV shows and movies, read (though not as often as I should. Definitely the internet’s fault), go out on walks (it always gets the creative juices flowing) and of course hang out with friends and have as many witty and silly conversations as humanly possible.