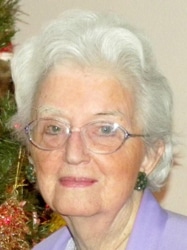 I’ve been writing all my life – prose, poetry, technical studies, short stories, novels, news stories, investigative journalism – just about any form of writing you might imagine. I wrote my first poem at seven years of age and I still write both serious poetry and jingles. I’ve written three novels, one of which I self-published. I am considering doing the same for the second one. I’ve also written a screen play for an animated feature but other than submitting it to the Academy ofMotion Picture Arts several years ago during a contest, I’ve done nothing more with it. It made it to the final leg of the contest, though. The screen play was expanded from an original short story I wrote for a magazine I was publishing in Florida.

I really write because I need this outlet, I guess. The business end of promoting my work leaves me absolutely cold.

My published novel is “Satan’s Caravan, A Victory Over the Adversary.” I wrote it in 1978 but didn’t self-publish until 1995. This novel has a very interesting story attached to it and, if you would like, I’ll tell the background in a separate story. Some very unusual aspects prompted me to self publish.

My interest in writing continued through my school years, both in grade school and high school. My freshman- grade English teacher was very instrumental in establishing the discipline that most writers, including myself, really need; e.g. to write every day, even when you don’t feel like writing. Students in this teacher’s class had to write a short theme every day and maintain a notebook of them. By the end of the term, even the most uncooperative among us, had to concede that this daily exercise really worked. The improvement each of us showed in our work was quite evident.

4. When you were writing columns for Advertising Age about word usage and popular speech, what kind of changes did you see in pop culture over the years?

I was very fortunate to receive the invitation from Advertising Age to write a column for them on word usage. I wasn’t aware of too many changes in English usage during those years – the late 80’s. Most of the misuse of English grammar and spelling has occurred during the years in which Internet usage became popular. What bothers me the most is not what the average person is saying but what the professionals, such as advertising “experts” are saying and doing in their commercials. For example, adverbs are no longer used, it seems. Incorrectly, adjectives are substituted.

5. What was it like to be a working mother in your generation?

I know every crop of seniors views its own generation through a rosy prism and tends to see the current occupants of Mother Earth as unprincipled and non-caring for tradition, morals, principles, etc. Whenever I drift into that sort of criticism, I’m reminded of how many incredible young people are serving in our armed forces or holding down the home fort while their partners are away.

My life in the business world was not the most important aspect of my existence. My husband and I had 50 years together before he passed away in 1990. I have three married daughters (all senior citizens), seven grandchildren and 14 great grandchildren. I don’t believe my daughters suffered any trauma from my being a working Mom. Our household functioned very well and each of my girls went on to marry, have children and also have successful careers themselves.

6. How have computers changed writing?

Your questions and comments about computers are very important, perhaps the most important of all. The reason I believe this to be a fact is that the world is experiencing the beginning of the “Third Wave”, the wave that is following the Industrial Revolution. The Industrial Revolution, of course, brought the world out of the Agricultural Age into the era where factories replaced the farm, for many workers. This new era will continue to affect every aspect of life on Earth and I am amazed that this fact does not show up very much when all the media “would-be” savants are discussing what has happened to the economy. It is never going to be the same again. As Alvin Toffler pointed out, more and more people will be self- employed and work from their homes. Group meetings are possible via computer networking. The trend is away from having employers provide pension and medical benefits and more toward employees working on a contractual basis and providing for their own needs, present and future. It is essential for our education systems to acknowledge the need for computer training of youngsters from an early age on through their lifetime.

7. Can you share some of your experiences with computers?

I was extremely fortunate to have been given training by IBM back in the late 1960’s. The computer series IBM was selling then was the 1401 and Lever Brothers was an IBM shop. I was new to the Systems Division and, in those days, IBM provided training for employees of their major customers. I was taught COBOL programming and by a happy coincidence, I was also attending Pace College at night and one of my courses was Statistics. After completing my training, I was able to apply it by writing some programs that used statistical formulae. I remember designing a COBOL program to produce a Line of Least Squares and being thrilled to have been able to apply my new programming knowledge together with my new statistical learning to respond to an actual forecasting need. In those days, we had to keypunch our own cards and I sort of liked doing that, although I remember being teased when I said I enjoyed it. I am such a softy when it comes to trying out new ideas. Unfortunately, this seems to have been one of my traits that I’ve passed down to one of my grandsons. He’s in his mid 40’s, lives up in Washington State and is always involved in starting new businesses. He has four different things going right now. We chat every day and I’ve convinced him to run for local office because I think we need more young people with principles to get into politics – and the city councils are a good place to start.

8. When did you first start working with computers?

I was first introduced to computers, though, way back in 1942/43. World War II had started and my husband had been drafted very early. I was a new mother and I went to work at Bell Telephone Laboratories on Bethune Street, just off Greenwich Village in New York City. The department I was assigned to was a wartime department that had been set up to support a team of engineers who were working on developing the first computer- fired field artillery piece. Our department came under the auspices of the Office of Scientific Research and Development (OSRD) headed by Dr. Vannevar Bush. The computer took up a whole room and I’m certain it couldn’t perform as many tasks as today’s PC. Many people have argued with me that computers weren’t around yet, at that time. However, I just smile and tell them about the Civil War veteran I met back in the late 1920’s or about having read in the local paper that Lindberg had successfully made his solo trans-Atlantic trip or when I had witnessed the first christening of a ship that was broadcast and shown on a friend’s newly available television set. The TV was about 7 inches and cost, at that time, about $1,000. To compare what $1,000 was worth then, it was possible to buy a new car for less than that.

And, if the doubters wanted to discuss the developmental stages of radio and the early telephone systems, I’d been there too and I would offer to give my bystander experiences. Sometimes, it can be lots of fun to be old and weighty with experience.

9. Do you offer advice to other members of your generation who are reluctant to use computers?

I would urge them to seek out some of the youngsters who are so adept at playing computer games and let the kids teach them. It’s not necessary for anyone who is not in the field to learn how computers function. Too much detail will discourage anyone from moving ahead. Many books about computer basics have been written for people who want to learn to be computer literate, to be able to access the web, join Facebook, Twitter and other groups. Scott Klososky has authored a great book Enterprise Social Technology which opens the door to a complete view of this new world of social interaction – via the computer. I wrote Chapter 11in Scott’s book.

The secret for all of my experienced compadres is to “keep on dancing!”

My favorite book is The Third Wave by Alvin & Heidi Toffler. I bought this book in 1980 and I recommend it to anyone who wants to get a better understanding of what is happening in the world today. My favorite novel is Gone With The Wind by Margaret Mitchell and I’m sure it will always be my favorite. My favorite book of poetry is one that I won for writing an essay in a high school contest, An Anthology of World Poetry, Mark Van Doren; my favorite poem is “Elegy in a Country Churchyard” by Thomas Gray.

11. Any plans to retire from writing?

I mentioned earlier that I have no plans to retire. Life is far too interesting and, as I’ve said many times “I plan on dancing till the music stops.”

I play the piano for a half hour or so every day. I am strictly an amateur musician but I enjoy playing ragtime piano with its rolling, syncopated bass. This style piano playing was very popular in the 1930’s-40’s and I spent many a Saturday evening playing dance music at our parties – home parties were very popular during the Depression years – nobody had any money to go out on the town! I’ve copyrighted an original Hawaiian song that I wrote the words and music for back in the 1950’s. Other than sending it once to Don Ho (no response) I’ve never promoted this either.

I also sketch, paint in oils and watercolors. I was an Art scholarship student back in the late 1930’s at Pratt Institute, B’klyn, NY. I don’t draw and paint as much as I’d like to but I do help out when relatives need some form of art work for projects they are working on.