In our 12 Questions blog series, we feature interviews with someone from the crowdspring community. For these interviews, we pick people who add value to our community – in the blog, in the forums, in the projects. Plainly – activities that make crowdSPRING a better community. Be professional, treat others with respect, help us build something very special, and we’ll take notice. 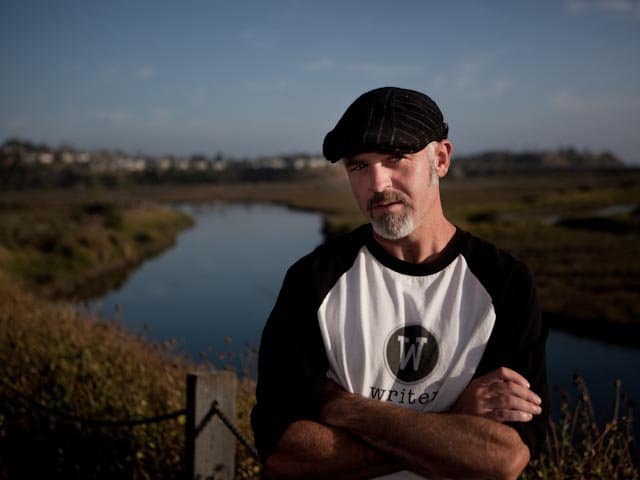 I have lived in the North County San Diego region for 6 years. I recently relocated from Cardiff-by-the-Sea to Oceanside, about 14 miles further north up the PCH. I am grateful to live so close to the coast. My new residence is a mere 220 steps from the Pacific Ocean. I get great inspiration from the ocean, and connect with it daily.

I have been interested in writing for much of my life. I was named after the poet Dylan Thomas, and my mother has worked as a librarian for many years (she still does in the Miami-Dade County Public Library System). I was initially drawn to drawing and painting, but discovered writing more in high school. I wrote for and co-edited the Christopher Columbus High School (Miami, FL) quarterly student paper, The Log, and went on to serve as a writer and Assistant Sports Editor for the daily student paper, The Observer, at The University of Notre Dame, where I also earned a BA in English. I have been writing professionally for 15 years, and started my own company, Word Is 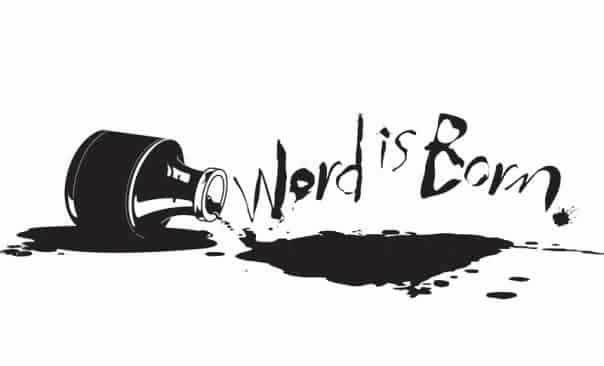 Born, in 2004, while still living in Miami. I write every day, in many different forms. Including Haiku/Random Acts of Poetry…http://www.delmartimes.net/2012/01/27/local-man-shares-random-acts-of-poetry/

I have had several influences on my writing over the years. Hunter S. Thompson was a huge influence. Henry Miller was a strong influence. Jack Kerouac, Lawrence Ferlinghetti, Rumi and Gary Snyder have inspired my poetry. During my formative years as a sportswriter, I was inspired greatly by Miami Herald columnist Dan LeBatard, Sports Illustrated writer Gary Smith and ESPN The Magazine writer Tom Friend. From a more advertising/writing perspective, Bill Bernbach and Luke Sullivan were both strong influences. But mostly I have developed my own writing style and “voice” over the years. I’d say it’s direct, urgent, conversational and often quite raw.

4. Please tell us about some of your award winning work in web, print, and television.

While working for Southern Brand Collective in Miami on the Miami HEAT account, I wrote a TV spot called “Mini Mart” that received citation in AdWeek. It starred then-HEAT rookies Caron Butler and Rasual Butler, and they started shooting all kinds of items into a kid’s handcart sitting at this mini-mart checkout line. You saw the items flying in, as the kid looked on amazed…and then at the end, it was revealed where 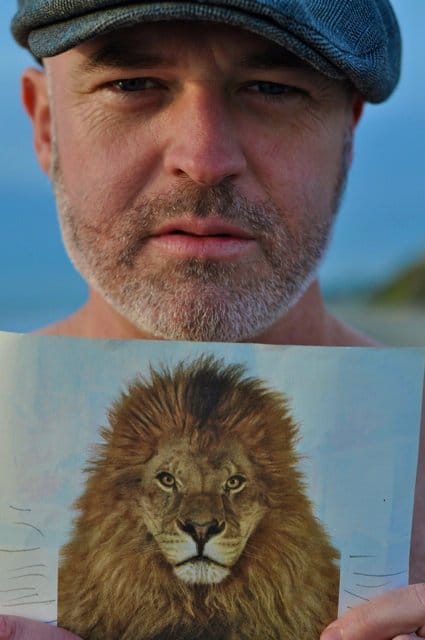 they were coming from, shot out of the hands of the 2 NBA players. I also wrote a TV spot for a Brazil-based text messaging/chat client called blah! that won a regional Miami ADDY Award for Best In Show. The tagline I wrote was “chat. play. connect.” and the ad showed a variety of kids into different things all connecting via blah! (which never really did take off in the US). In college, I won an Inland Press Association Best Feature award for a story on then-Notre Dame quarterback Ron Powlus. While working for Wirestone, LLC here in San Diego, I wrote copy for some websites that received some citations, including a microsite for Nike/Jordan Brand and Jim Beam.

5. What types of writing interest you the most?

I would have to say that I have evolved into a Poet at heart these past few years, especially spending so much time at the beach and in the beautiful state of California. I love writing + performing poetry, especially Haiku. I even declared myself The Poet Laureate of Facebook, and have had a lot of fun with that. I write my 1800 “friends” birthday poems everyday, and share a lot of my poetry on there. I even got some media coverage on that here…http://www.sdcitybeat.com/sandiego/article-9420-the-self-anointed-lspoet-laureate-of-facebookrs-and-google-bombers.html. I also really enjoy writing/creating company names, which I call “namestorming”. That is a very tough little challenge. I’ve been honored to hit on a few during my time on crowdSPRING. Writing taglines is also a favorite of mine. I probably enjoy that even more than creating names, and wish there were more tagline-writing jobs available on crowdSPRING. I also write a lot of GoogleAds copy, much of it for a company called BoostCTR. That’s almost like writing a haiku, in that they are concise and just 3 lines long (excepting the URL, which sometimes also needs writing/editing).

6. Can you share one of your original haiku poems?

Oh man. I could write haiku all day. I’ll share a few I really enjoy and others have enjoyed…and then I will create one on the spot now, for you guys at crowdSPRING… 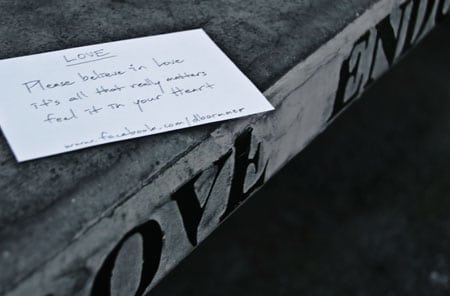 7. What kind of online resources do you use?

Online resources…I have always been a huge research guy, so have always dabbled in and used the search engines. Obviously, Google is a staple; has been for years. I just hunt stuff down via keywords, for the most part. Whatever it takes…

Typical Work Day…hmmmmm. It really varies. But lately, it starts with writing some in the morning, often haiku/Random Acts of Poetry. Then I walk the beach, get coffee, often passing out Random Acts of Poetry along the way. Then I come back and write. I usually take a break and go out for lunch, walk the beach, etc. Then come back and write more. Sometimes I write at coffee shops. Sometimes at my desk looking out toward the ocean. Sometimes in my bedroom, as I am doing now. I enjoy doing a lot of fun things and going deep in bed, I suppose… http://itunes.apple.com/us/album/dirty-dozen-13-passion-poems/id443997313

Favorite Book: I can’t narrow it down to just one book. Nor one film. Nor album. I believe too much in variety. But I was always drawn to Joyce’s “Portrait Of The Artist As A Young Man”. Hesse’s “Siddhartha”. Conrad’s “Heart of Darkness” (also a big fan of “Apocalypse Now”, which was inspired by that book). Lots of stuff by Thompson. “The Great Shark Hunt”, which contains some of his finer magaz 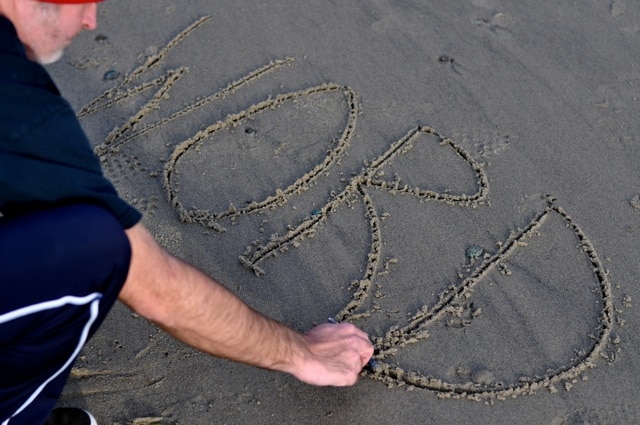 ine stories, is a favorite.

If I wasn’t writing…I might be performing/acting. Which I am doing more and more of these days, and enjoying it. I’ve been in a few short films, including “The Kaleo Spark” (http://vimeo.com/8584133), and I have a profile page on ActorsAccess (http://resumes.actorsaccess.com/dylanbarmmer), which has gotten me a few nibbles over the past few months, including some V.O. work. I’d love to do more V.O. work. I narrated “The Kaleo Spark” and have the 2 Spoken Word albums on iTunes (http://resumes.actorsaccess.com/dylanbarmmer). Anything creative is grand. ABC — Always Be Creating.

I work/write/create a lot, at all hours of the day. If I’m not writing, I’m probably walking the beach/ocean, practicing yoga, watching a movie or a game, listening to music, making love or exploring another place. Sometimes it’s nice to just sleep in too…though that doesn’t happen too much these days. I also host a monthly poetry/spoken word event called WORD at E Street Cafe in Encinitas, CA, on the third Monday of every month. I’ve had the honor of doing that for close to 1.5 years now, and it’s been growing a bit lately.

Thanks so much, Dylan!