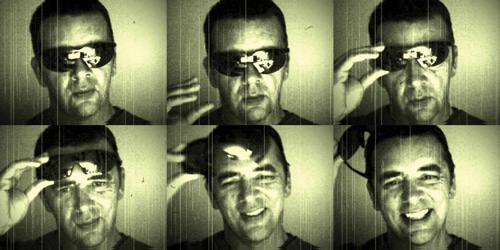 1. Please tell us about yourself.
I feel honored that crowdSPRING flew me out to Chicago on Ross’s private jet for this interview. Thanks guys. (Ha,ha).
I live in a small mountain village near the Mediterranean Sea, in the community of Valencia in Spain.
I was Born in England and lived there for the first forty years of my life. I am married and have a daught 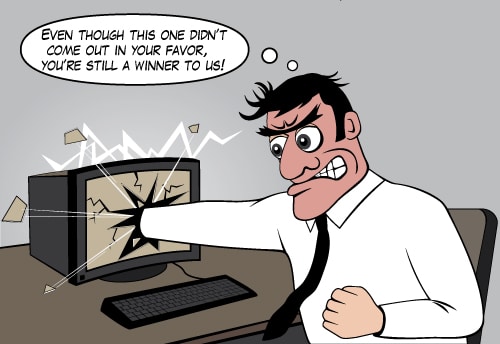 er, 8 and a son 3. We moved to Spain seven and a half years ago for a culture change and have enjoyed every moment of it. I suppose in the back of my mind, I wish I could have started this interview by saying that I worked for a number of top design agencies around the world and I’m only 28…But that is far from the truth. The truth is I am 47 years old and have worked as a waiter, a shipping clerk, a Tug Boat Skipper(14 years),a builders mate, an electricians mate, a pine tree planter (in the Spanish mountains), a house painter and a car test driver (in South Africa). I don’t regret a minute of it…I suppose I would have been bored if I’d have sat in a design office for all of that time!
My artistic work during my life includes, book illustration, greetings card design, animation, painting, architectural 3d visualization, sculpture, video and installation and I have a First class honours degree in Fine Art.

2. How did you become interested in design?
I got a good feeling inside from seeing creations and artwork by others. We are surrounded by design in our lives and it’s hard not to be interested in it.

3. Which of your designs are your favorites and why? 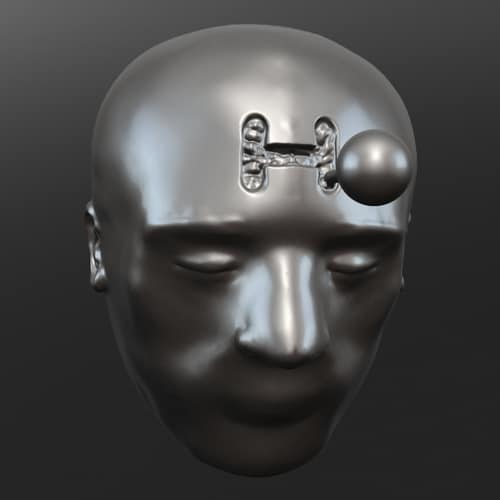 contemporary artwork to accompany it in an exhibition. I chose an etching by Pablo Picasso. It was of a rather rampant Minotaur (Bulls head/man’s body) from ‘The Vollard Suite’.I made my Minotaur come to life with the aid of two televisions, one on top of the other (There wasn’t good video compositing programs about in those days), a video camera and a carefully made wooden display case. The top TV showed a video loop of a Bulls’ head moving about with lots of flies crawling, landing and taking off on it, and the lower video showed another loop of a naked man from the neck down, also with flies landing all over his irritated body. The two videos actually fitted together well(not seamlessly!!) and gave the impression of a living Minotaur.
To record these two videos, I asked a local cattle Farmer for permission to film in his Bull shed, he agreed, showed me where it was and said that I could film there whenever I wanted and that there was no need for him to be there. The first day I filmed Lots of different Bulls heads. I had got what I wanted and found a nearly perfect loop.
The top part was done, but I realized during my few days editing that the bottom video (the man’s Body) would have to match almost perfectly with lighting and flies etc. Back to the Bull shed. This time with my 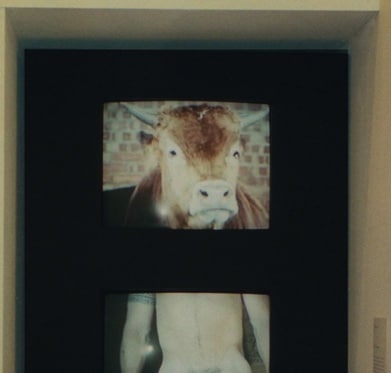 good friend Carl, who was very proud of his role as Bulls Body and was built well in the right departments. Carl got his kit off, and for lighting and perspective reasons he had to stand on a chair next to a pile of Bulls Dung while I filmed the flies landing and crawling ALL over his naked body. The filming was going well…Until…suddenly the shed doors were opened…a rather shocked looking farmworker (who was unaware of my agreement with the farmer) had come to feed the Bulls. “What the Hell are you doing in here?” he shouted at us. We were also shocked at his sudden arrival and were momentarily stuck for words. “We are making a video….the farmer knows!” I told him with an embarrassed look on my face. “Yes, I can see what you are doing!” He replied… I was more stuck for words, thinking that he wouldn’t understand if I had told him about the Art project. Unashamed of the situation in his complete nakedness, standing on his chair, next to the dung pile covered in flies, with the sound of Bulls grunting, snorting and mooing, Carl explained “It’s not for a Porno film, mate, its Art!” The disgruntled worker continued to feed the cattle without saying anything else…In the name of Art, we carried on filming.

4. Who/what are some of the biggest influences on your design work?
It depends on what day it is and what I am trying to draw or design. I like to use different media. I don’t 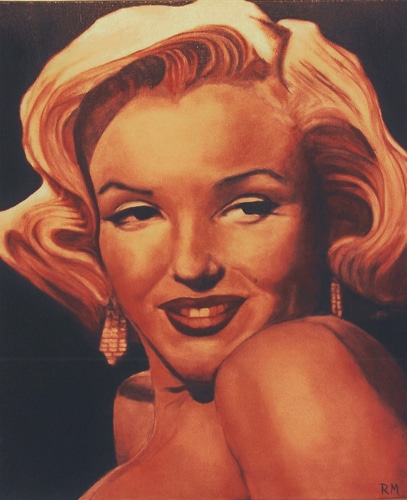 always work in two dimensions, sometimes I work in three, and occasionally I like to animate. Some days I want to use traditional media, like pencils, Ink, paint and plaster and other days I want to work digitally. Most days, I don’t have a choice because I am already directed by a client’s brief. I would therefore, have to say my influences are varied, depending on the medium. I love Henry Moore, for his sculpture, Wayne Thiebaud, Francis Bacon and Picasso and loads more artists for their painting or other work, but the list would be too long. I also don’t want to say that everything by each artist is an influence, because that’s not true, I just like a few of their artworks, and whether they actually influence my work is debatable. The internet is full of interesting and motivating artists nowadays and I am more likely to be trawling though a gallery on the web than going to ‘Real’ Art galleries.
5. How do you come up with ideas for concepts after you read a buyer’s creative brief?
I read what they say and try and work out if what they say is what they really want. Then for Illustrations or 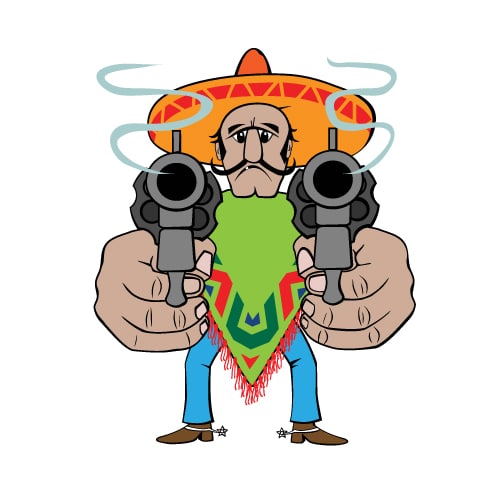 image based projects I would either start doodling/drawing with a pencil and paper or draw digitally (sometimes 3d sculpture doodling) until I am happy with something. I don’t often enter Logo projects anymore, unless I feel I have a strong idea.
6. Mac or PC?
I use a PC desktop and a Laptop. I will be honest, I have avoided looking at Macs, in case I get the desire to have one. I work with the usual programs like Illustrator and photoshop and I also use Blender and Sculptris for 3d stuff.

7. What is your dream design project?
I don’t dream about particular projects, I just hope that I can survive by creating and being an Artist. I am working on a big project for a client at the moment who hopes that their project takes off on the internet and becomes very big (i.e. like facebook). I hope they are right, as I am involved 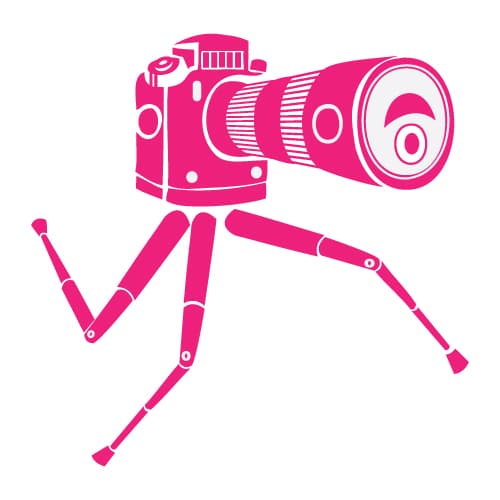 already, hopefully their success would reflect back to me. I am mainly interested in money rather than anything in specific, it makes life easier.

8. How do you promote your work?
I have just started to put together a Web Portfolio which I will link from my user page at crowdSPRING very shortly. Other than that, I have been lucky with word of mouth contacts. crowdSPRING has been a great place for getting work. Two of my best clients are from here. One of them  gives me a lot of work and I didn’t actually win their project, I think I came second. That should give crowdSPRING  creatives hope!

9. Please describe your typical work day.
I get up early and help get the kids to school, walk the dog, check emails and start doing some sort of Artwork. We all have dinner together at around 1300-1400 hrs ,the kids go back to school. The afternoon, more dog walking, more Artwork, more emails. The kids come home from school. More eating, more dog walking, more Artwork, emails. The evening, I work on my laptop in front of the TV (usually taking no notice of the Spanish 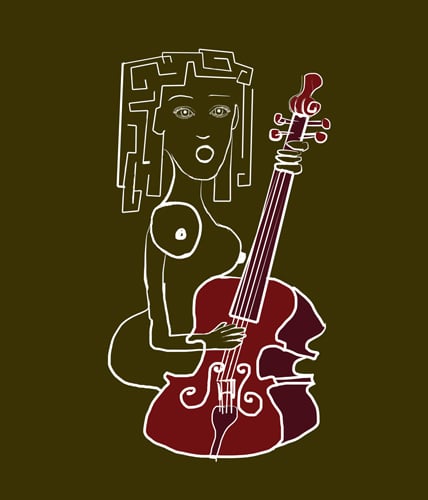 10. If you had a daily cartoon, what would it be about?
It must be so hard to come up with funny fresh ideas on a daily basis and then draw them…I am not sure that I could do that…But if commissioned, I’d surely give it a try although I think I would avoid politics and try and do something completely fresh…something stupid, something risque.

11. If you weren’t designing, what would you be doing?
Playing Bass Guitar for a famous Rock Band.

12. What do you do with your free time?
What’s that?……I haven’t got any.. Is your Jet ready yet Ross?
Thanks for everyone who took the time to read this!!
Rod