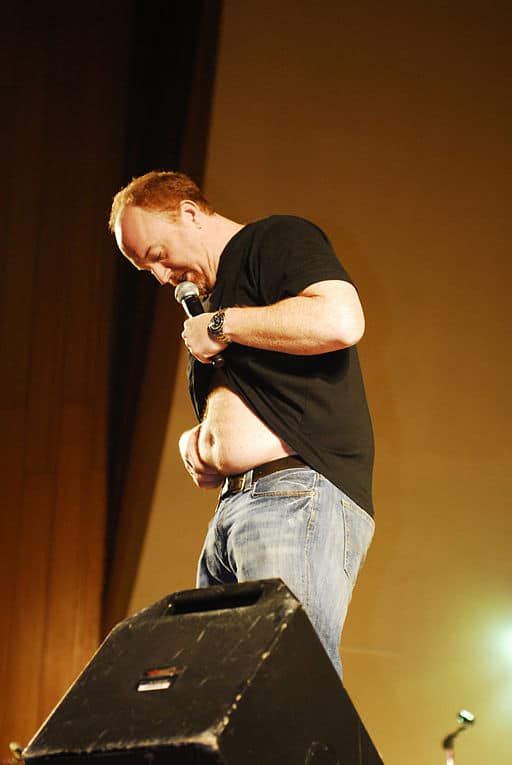 This is the latest in a series of posts, musing on what we can learn from the most unexpected of sources. Sure we can learn from our business mentors, our college professors, even from our co-workers and employees. But there is much to be learned from people in wildly diverse professions, or simply from the people and things that surround us. I have written previously about how much we can learn from kids, about what dogs can teach us, and about what we can learn from musicians. Today I want to write a bit about the people who bring great moments into our lives in ways that have absolutely nothing to do with the world of business, entrepreneurship, and startups. The comics. That’s right – for thousands of years, across every culture comedians, satirists, humorists, and today’s standups have practiced and endeavored to make their own mark on what is surely one of the world’s oldest professions; perhaps even the second oldest profession. Comics are not generally known or celebrated for the wisdom they impart, but I believe that they are wonderful crafts-people and that we entrepreneurs can stand to learn a great deal from the lessons they provide us. Here are 10 things that comics do that all entrepreneurs can learn something from.

1. Comics take risks. They have to. Every night they put themselves in front of a room full of strangers and share their most personal thoughts and values. Of course they do it with a purpose – to make people laugh. Entrepreneurs, by the very nature of their efforts, also must take risks in order to succeed. We give up personal and financial security, we give up time with family and friends, and everyday we open ourselves to criticism and appraisal from complete strangers. In order to succeed in entrepreneurship, as in live comedy, we must be willing to accept and embrace risk but like a great comic, we must do it in a controlled manner, constantly measuring the potential award against the practical personal investment.

2. Comics have a persona. Think about the best standup comics out there today and you can easily boil down their style and their personality. Comics develop their own personal branding through the style they embrace and through the development of a strong persona. Big name comics, especially, are consistent in their performance and in their material which helps them in attracting and retaining their audience. Businesses and brands also have personas in this sense and marketers make great effort to define the image their company wants to reflect. For instance when we consider Apple, we think stylish, elegant products. When we think about Volvo, we think “safety,” and when we talk about Walmart, we usually focus on value.

3. Comics develop great material. Without a great [product or service, your company will fail. Entrepreneurs typically develop their business around solving a customer’s problem, relieving a customer’s pain, or delighting a customer with something they can not find elsewhere. Comics do this too, through creation of great, fresh, and hysterically funny new material. Ask any comic and they will tell you about the importance of creating that 5 minutes of new material that wil have the audience on the floor. Ask any entrepreneur and they will tell you about how important it is to keep their product or service fresh and relevant. Same idea, different audience, that’s all.

4. Comics handle hecklers. Comics are prepared to deal with the “haters” at every single performance. This doesn’t mean that they get that rude drunk every single time, but they always need to have that zinger of a put-down ready for the inevitable moment when someone in the audience yells out “you suck!” Entrepreneurs experience their own special version of heckling – pushback from detractors, criticism from competitors, and pointed questioning in the media and like a good comic, they also have well-rehearsed responses to criticism – their own version of that oh-so-special putdown that will quiet even the most passionate taunt or  derisive jeer.

5. Comics “borrow” other comic’s material. In comedy it is a given that there are no new jokes, just variations on the same ones that have been circulating forever. Like all artists, they learn from one another, borrow ideas from one another, and find “inspiration” through their own competitors. Entrepreneurs can also learn a great deal by monitoring and observing their competitors and by freely borrowing the best ideas; the truth is that we become better and stronger by leveraging great ideas no matter where they come from.

6. Comics respect other comic’s material. There is a difference between inspiration and outright theft and comics greatly resent having their material stolen and sed by others. It is a cardinal to perform someone else’s material without permission and a comic can easily destroy their own reputation of they practice this kind of larceny. Businesses too have to take care to never cross that line; on one extreme the theft of intellectual property is a strategy that no business should ever engage in, but the returns in copying marketing campaigns, visual designs, or mechanical details are extremely low and morally unjustifiable.

7. Comics connect to their audience. If you watch a great standup at work, you will notice that they are always watching the audience. They watch for which lines work and which don’t; they watch for the audience members who are making eye contact and those who are not. They watch for the guy who won’t stop talking to his date during the performance, and they watch for the waiter making a noisy distraction as he serves the drinks. The point is that comics understand that the environment will affect the quality of their performance and that they need to constantly adjust and make changes in response to that environment. Great entrepreneurs also spend a lot of time observing their own environment and their own customers. How do customers respond to a new feature or a change in packaging? What is the response when pricing is adjusted? By carefully watching and listening to customers, businesses can learn a great deal about what is or is not important to their customers.

8. Comics use feedback. Part of art of observing an audience is the art of responding. When a comic gets big laughs with a new joke, it is a sure bet that the joke will make its way into the next performance and the one after that. When a joke flops, the comic will usually take one of two possible actions: either kill it completely, or rework it to try again with the next crowd. This constant feedback loop is invaluable to the business of live comedy and, I believe, to business in general. If customers stop buying one of your products, chances are that it is time to kill or modify that product. And when customers are consistently buying out your entire inventory of a given product, it would behoove you to produce as many as you can sell. Pay attention to the feedback, react quickly, and never be afraid to kill a joke that’s not working.

9. Comics make adjustments. The combined point of the previous two paragraphs is that comics are masters at adjusting and at being quick on their feet. Joke not working? Switch in a different one fr the next set. Waiters making too much noise  Brush off an old insult to throw their way. In business being agile and nimble are qualities that serve entrepreneurs very well. New marketing tactic showing negative results? Turn it off immediately. New employee not performing well? Get them coaching and feedback  to help turn them around. New product selling out too quickly? Consider whether the pricing is optimal. Entrepreneurs need to react and respond to the feedback they receive and make adjustments as quickly as they can.

10. Comics practice. Constantly. They stand in front of a mirror and run their lines. They constantly modify their choice of words, they rehearse endlessly and tirelessly. Mastering a craft is about putting in the hours and about caring about the final product and doing this requires practice. Many entrepreneurs report how their second business was so much more successful than the first, often directly attributable to lessons learned the hard way. Approach running your business as a “craft” and work to continuously improve your own performance and your own approach.